The Momentous Issue of War – An American Civil War block game has been fully funded on kickstarter. 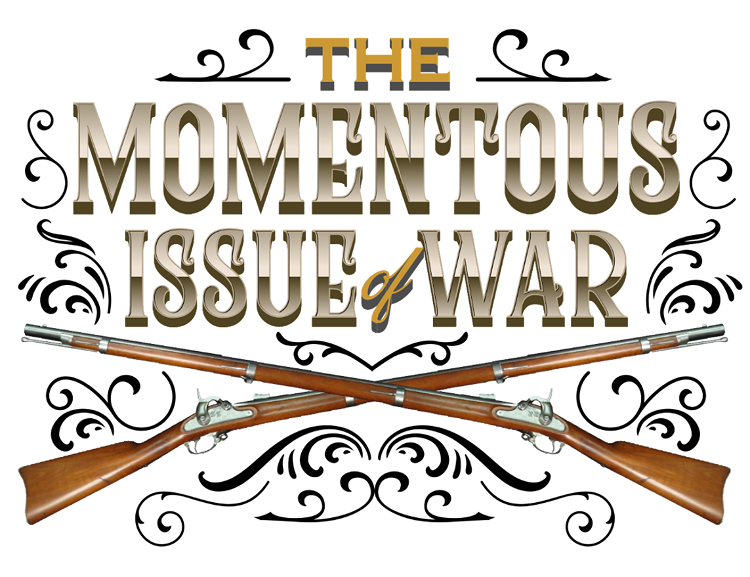 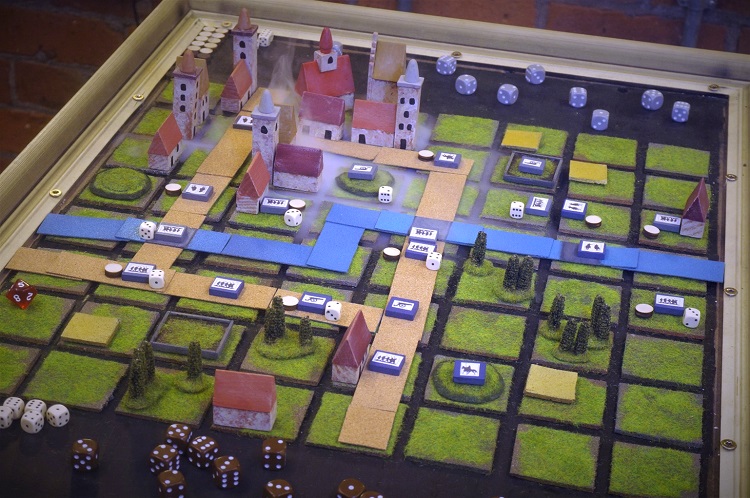 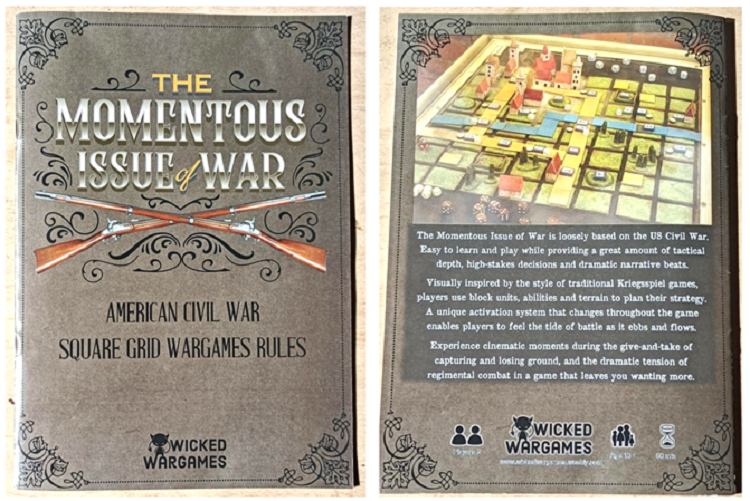 The Momentous issue of war is a block game (8X8 grid style) set in the American Civil War. The game is a simple yet intricate system of moves and combats that enables players to act out battles in an hour or less. The book has been fully funded on kickstarter and we’re excited to enjoy a communication with the public. 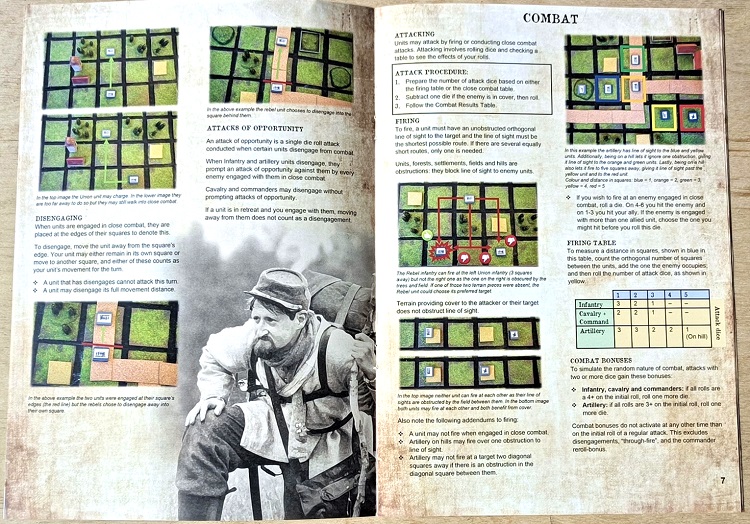 The book is small but printed in high quality recycled paper and has a beautiful glossy finish. The colours are striking and the book has  a nice blend of traditional “old school” like paper, watercolor style artwork and sparkly “gameplay clarifacations images”.

Alongside that the game uses simple grids and tables to explain rules in a two column format meaning that most of the games sections are visible on one page or less. 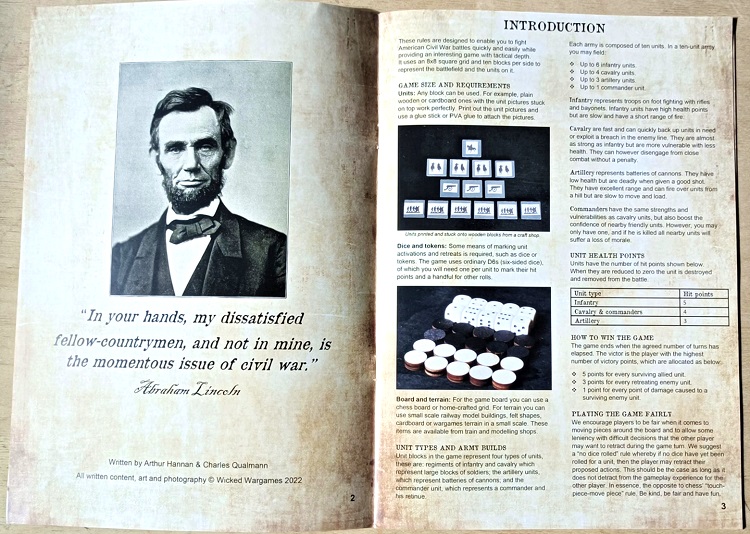 The idea for the game actually came from a wargames website forum post about simple block games. It wasn’t long before the game had sprung into life and had taken on a spirit of it’s own with writers Arthur and Charles feeling extremely motivated and excited to have found such a gem. We’re sure you’re going to enjoy it!

The game is available first through kickstarter where the producers aim to cover the cost of the print, after which it will be available on their website: www.wickedwargames.com

The PDF will be available on wargames vault following the Kickstarter. People who back the campaign can save up to 40% off the final retail cost by getting in on the ground floor.

The kickstarter: The Momentous issue of War

The first of the new ACW range is now up on my website. 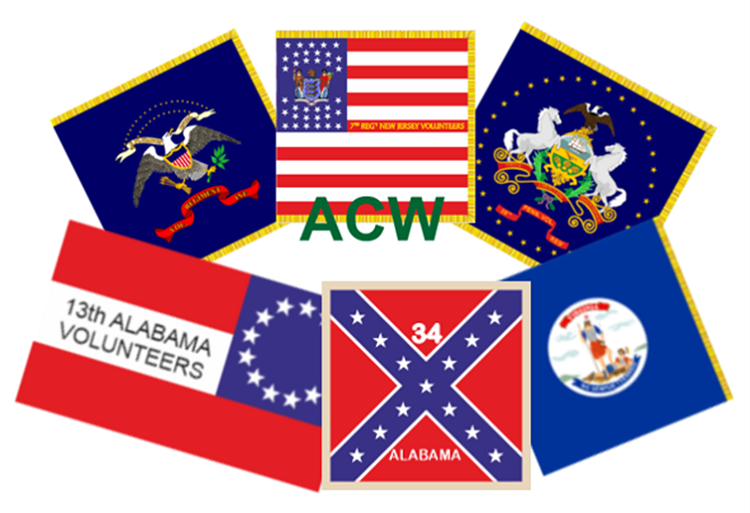 The ACW Union range has a total of 36 different sheets over the 6 sizes on offer (6, 8, 10,12 15 & 18mm) and includes both named and generic versions of a variety of designs for National colours (Stars & Stripes), Regimental colours and State colours.

Designs are all based on historical flags drawn to give the best effect at scale.

Laser printed on high quality paper and shipped in a board envelope to ensure that they arrive undamaged.

The CSA sheets should be available in a few days.

Future development of the range is planned with 1/72 versions in June and more state & unit flags later this year.

Don’t forget that we now have magnetic sheeting back in stock and the ‘For Sale’ pages have had new items added recently. 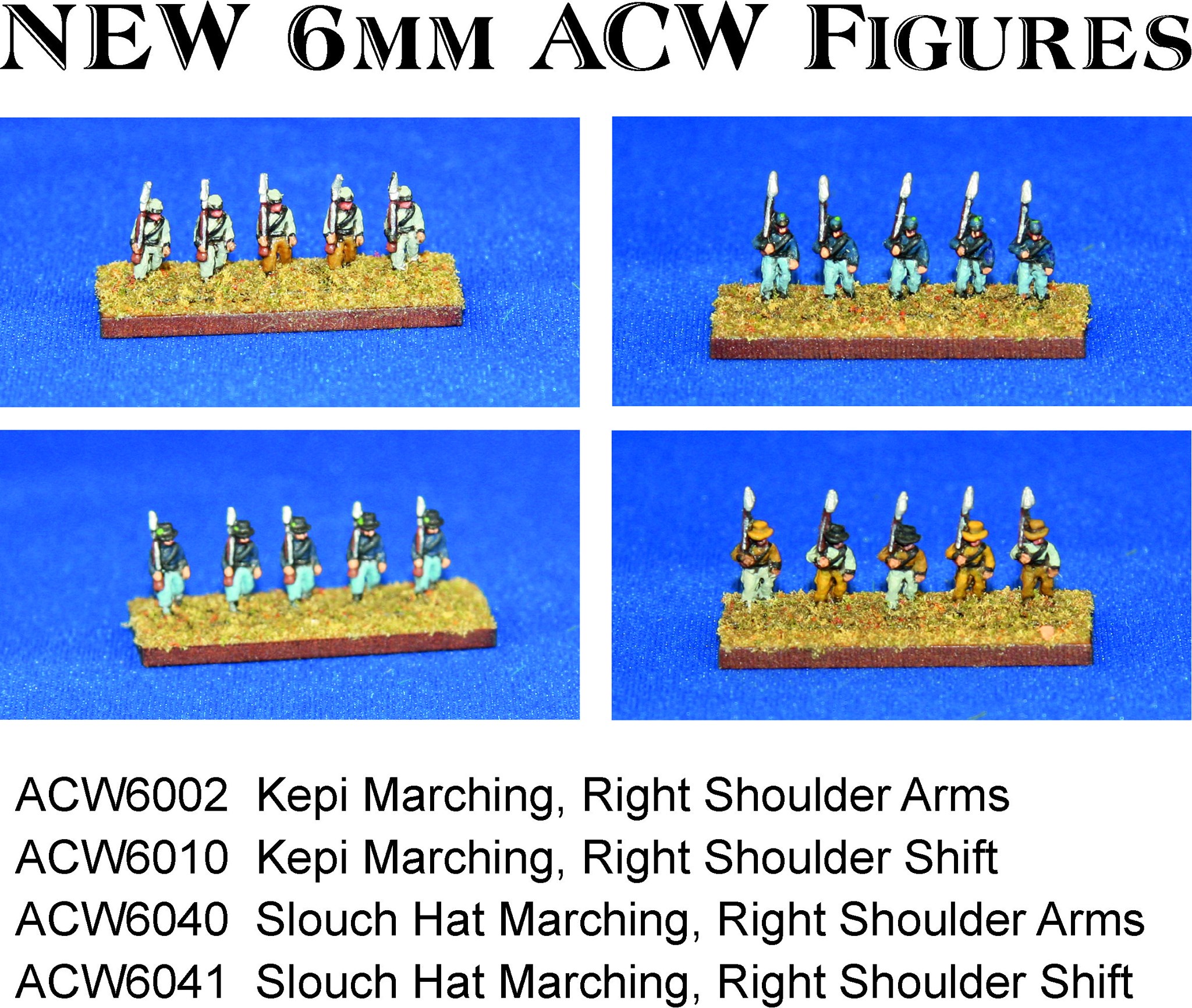 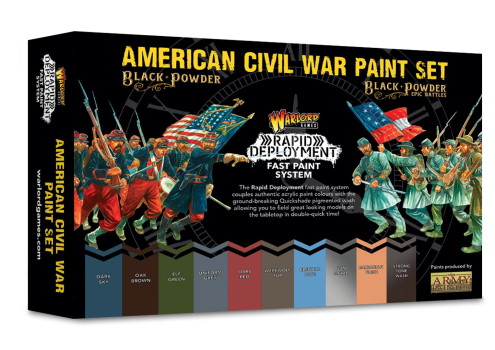 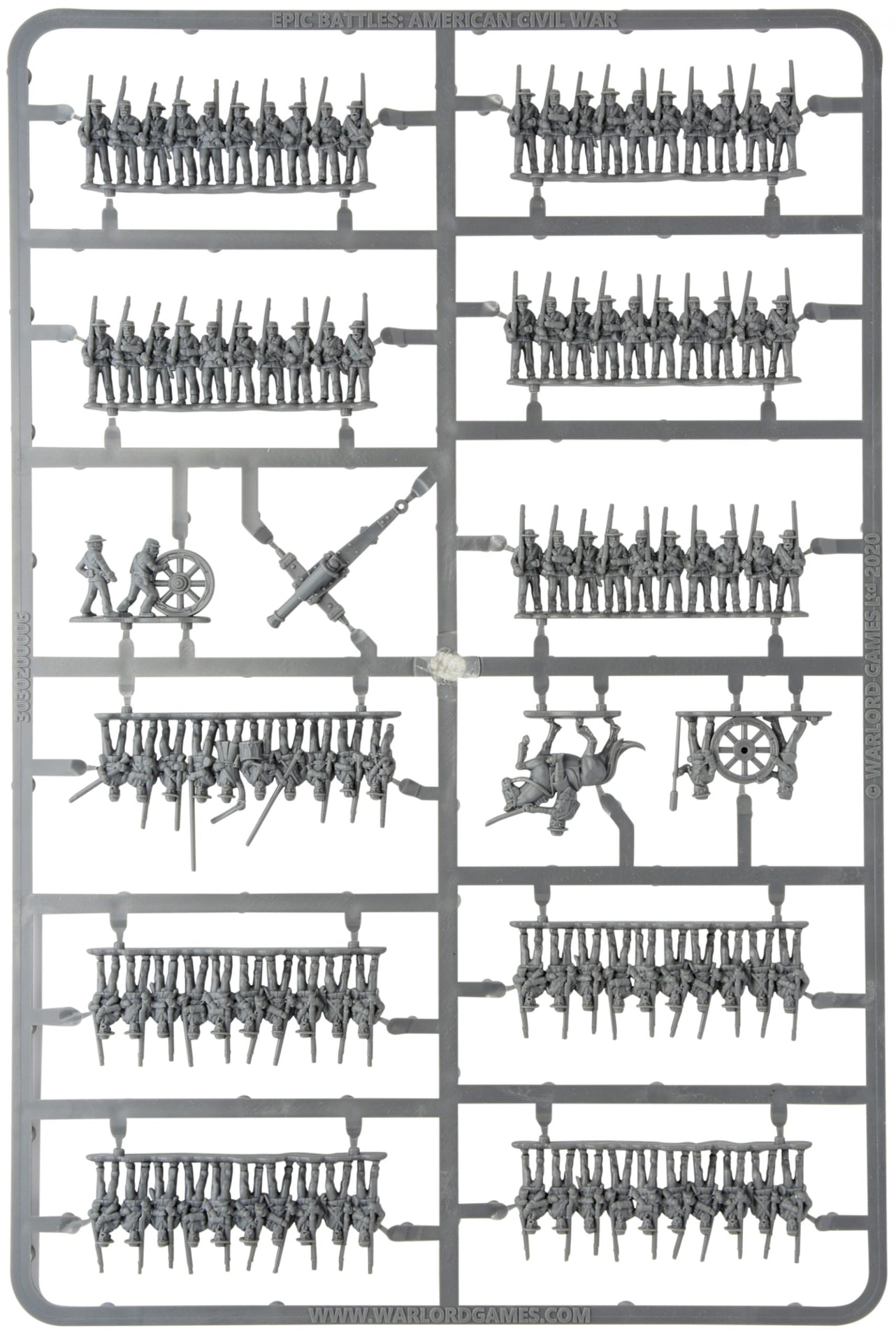