A preview of one of three new packs coming in a couple of weeks. These tidy up the "orphan" figures--those not in faction packs--while adding some new characters (which will be available as singles for those who already have some of these characters.

This one is called Femmes Fatales and includes two new figures, Chickadee and Lizzy Donahue. 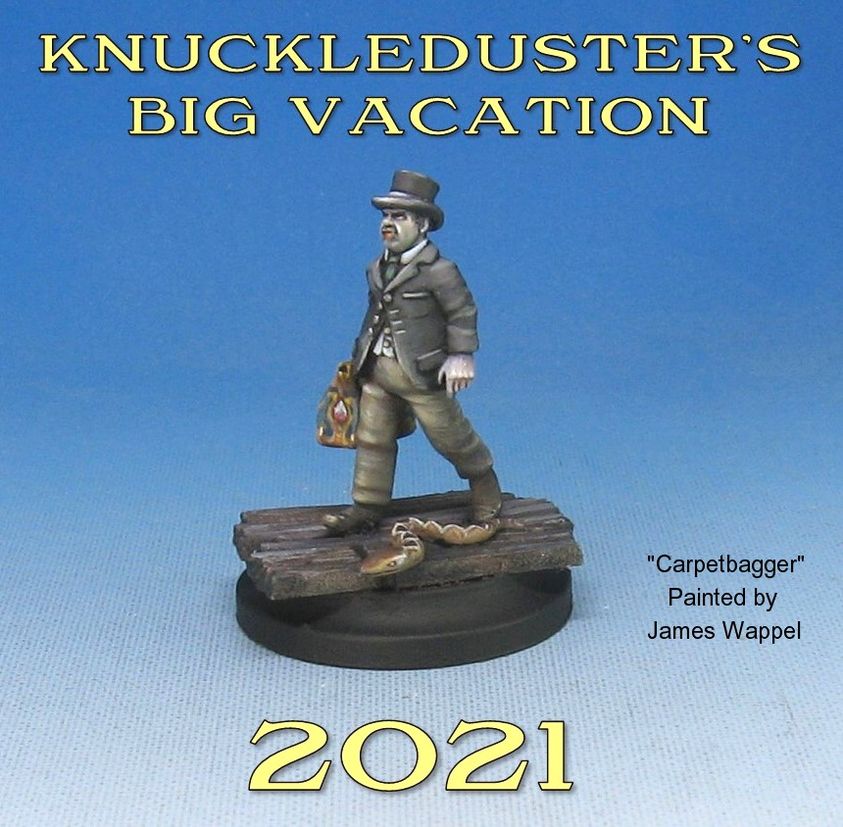 I will be shutting down the shopping cart tomorrow, July 15th and reopening the first of August. While I'm gone the website will be open for browsing and links will be posted to retailers you can order from in my absence. The new release (Texas Rangers) will be available through participating retailers.
It's been a wild summer; we've filled a stampede of orders! It's exciting to see the enthusiasm surrounding our products. It is especially heart warming to see the energy poured into the Gunfighter's Ball Facebook group. When I return I will double-down on creating more characters, game accessories, and terrain items to keep the Knuckleduster train rolling! 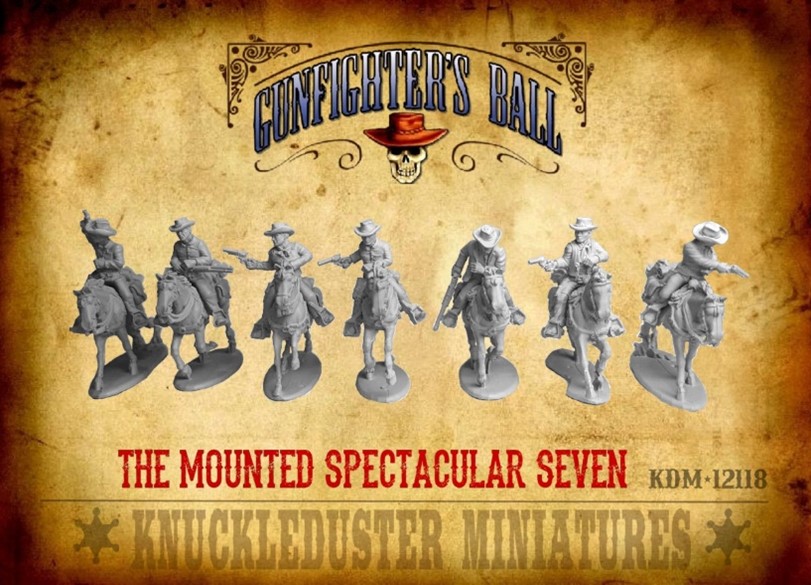 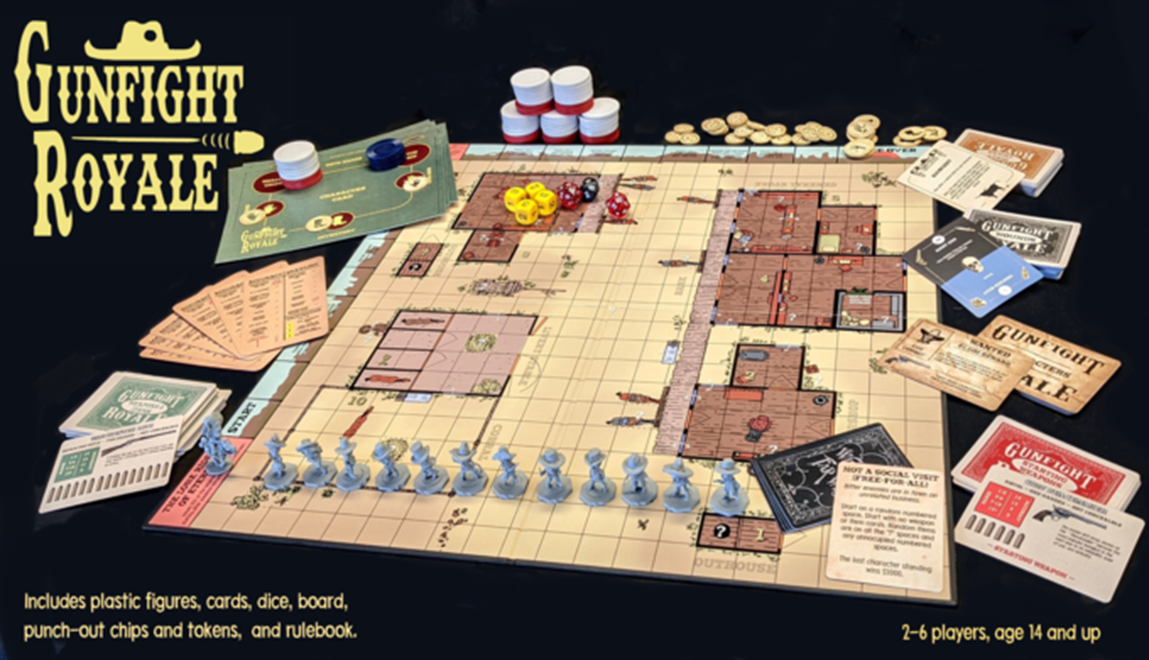 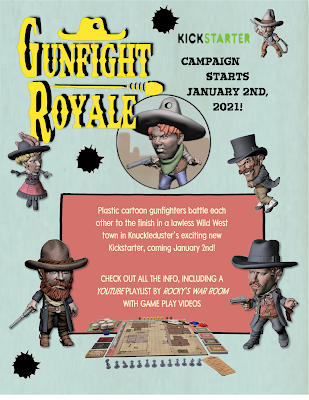 On January 2nd, Knuckleduster Miniatures is launching a Kickstarter for a lighthearted Western gunfight board game called Gunfight Royale, designed as a gateway product for board gamers (relatives, non-gamer friends, etc.) who want a fun shootout game but have never considered themselves "hobbyists." It ticks many boxes on the list of things that make a game friendly for people outside the hobby: It features plastic cartoon figures and simple rules, is completely self-contained, requires no painting or modeling, and can be played straight out of the box.

Players (from 2 to 6) each get one character and fight to the finish (the name references the "battle royale" style of video games) through numerous scenarios using not only weapons, but dirty tricks and found items. The poker-chip wound system from Gunfighter's Ball has been adapted to Gunfight Royale, as well as the "quick draw" concept of turn interruption. Each game takes about a half hour, so multiple games can be played in one session. Players whose character gets eliminated can continue to play dirty tricks so that nobody is completely left out because of an early misfortune. A time-keeper traverses a track on the outside of the board to enforce an end to the game and eliminate the possibility of stalemate. There are enough rules to formulate sophisticated strategies, but the various types of cards place all the important information at your fingertips so intrusive rules lookups are not required. 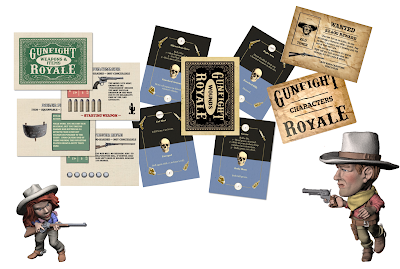 Throughout playtesting, this game produced an amazing vibe. It taps into the elements that make Knuckleduster's "Gunfighter's Ball" game so much fun; a sensibility that's very close to a first-person-shooter arena video game, with players laughing their way through the unbridled devastation of large-caliber firearms, crazy melee weapons and, not infrequently, explosions. The cartoon figures and artwork reinforce the carnival atmosphere and the idea that games like these need not be intimidating to play or learn. 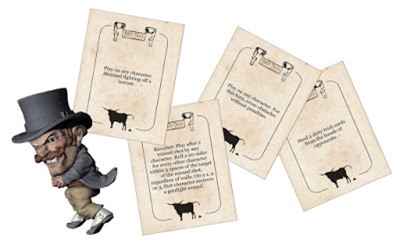 The Kickstarter offers a boxed game with the board, cards, dice, dry-erase markers, chip-and-token punch-outs, 12 plastic figures and a mounted time-keeper model called "The Lone Rider of Eternity." Stretch goals will add characters to the game at the medium tier pledge level, and at higher levels metal versions of the figures, clay poker chips, and wooden tokens are included. The latter three items are also available as add-ons, as are metal versions of the game characters in the "Gunfighter's Ball" style of sculpting for use with that game. Buy the boxed game for a non-gamer and keep the Gunfighter's Ball figures for yourself!

Newly released: Sherm McMasters (single) and the Prospector with his trusty mule. 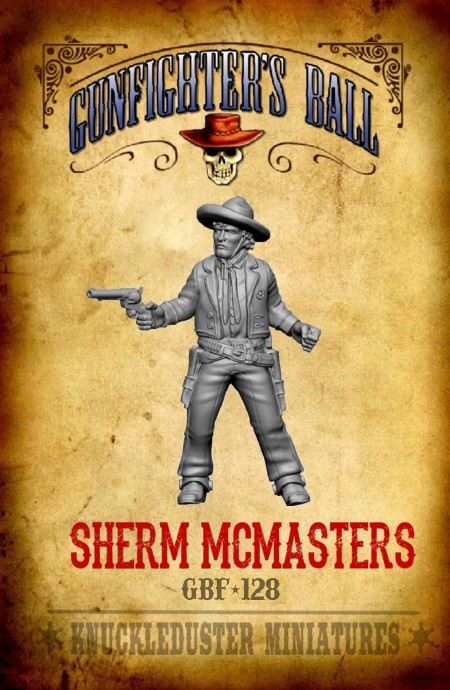 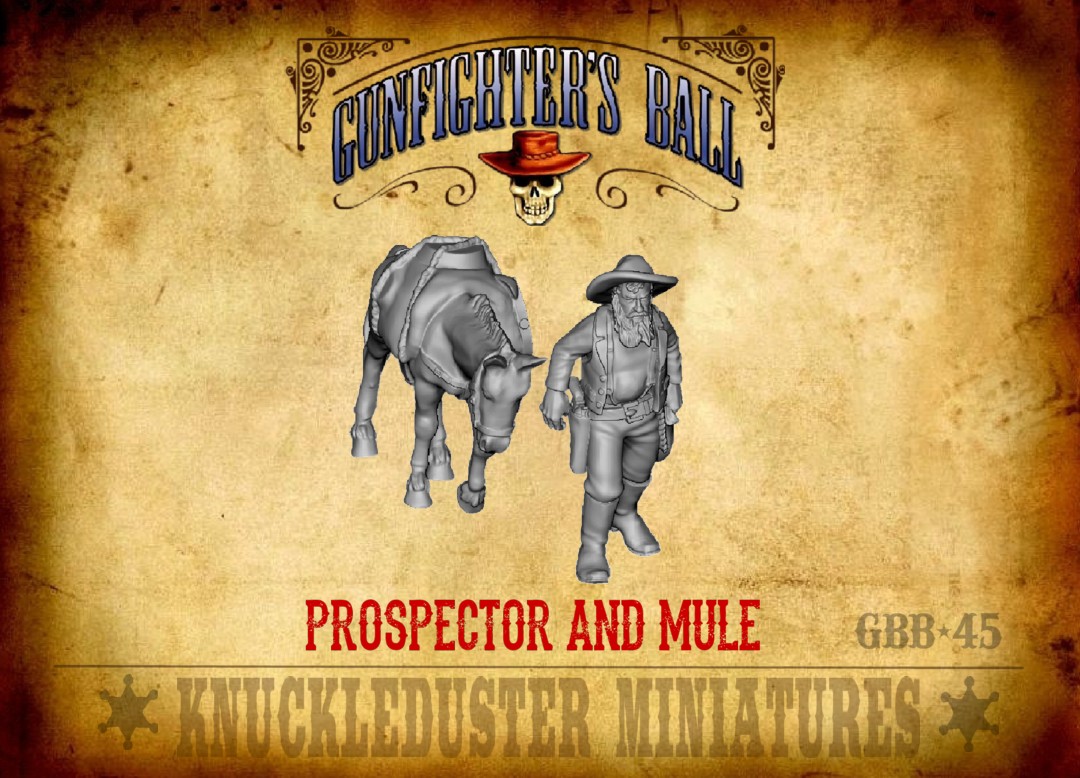