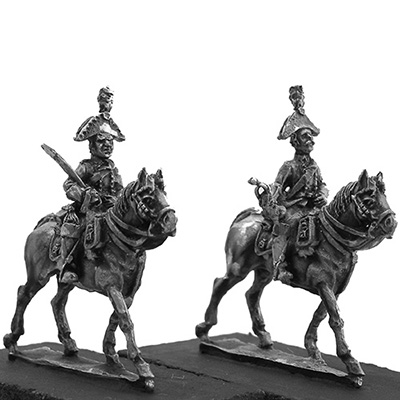 Fighting 15s has re-released the 15mm 1809 Saxon chevaulegers formerly made by Oddzial Osmy of Poland. The chevaulegers have been remastered, have new production moulds and now come with one-piece horses, rather than the two-part horses of the originals: riders are still separate from the horses.

Figures are priced at £3.20 for four identical troopers and £1.60 for two command figures, with a standard bearer available as an option for an extra 80p. A unit pack of 12 figures including two command is £9.60. Prices include VAT.

Fighting 15s is in the gradual process of re-releasing all of Oddzial Osmy’s 15mm Napoleonic line. The Saxon chevaulegers join the Krakusi and Russian Cossacks in the line-up of re-releases.

For convenience, the figures are listed in the New Arrivals section of the Fighting 15s website. 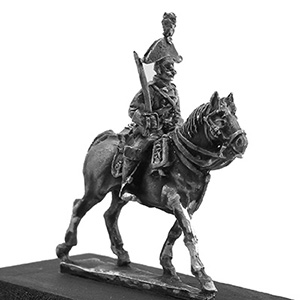 15mm Fighting 15s Napoleonics News
This entry was posted on Saturday, December 13th, 2014 at 19:41 and is filed under News. You can follow any responses to this entry through the RSS 2.0 feed. You can skip to the end and leave a response. Pinging is currently not allowed.