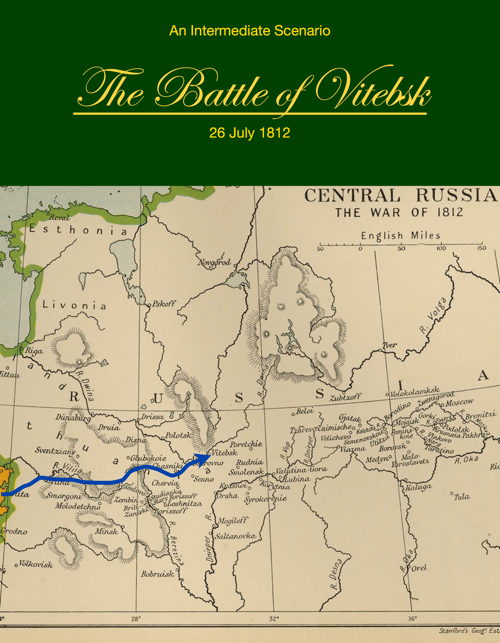 Following Ostrovno, there was a running fight between Murat and Osterman-Tolstoy. The Russian stopped just west of Vitebsk when joined by Tuchkov I, who took over command of the rear guard. This was apparently an affront to Tolstoy who remained at the rear according to some accounts and ignored Tuchkov and dove into the thick of the fight by other accounts. In any event, Pahlen, Tuchov, and Tolstoy handily stopped Murat and Eugene, though they did so in vain, as Bagration was already heading for Smolensk, having forsaken a meeting at Vitebsk.

Napoleonics News sale thewargamingcompany
This entry was posted on Tuesday, July 26th, 2016 at 10:50 and is filed under News. You can follow any responses to this entry through the RSS 2.0 feed. You can skip to the end and leave a response. Pinging is currently not allowed.