Something we’ve been working away on for a while is a very handy counter set for the Hammer’s Slammers:The Crucible rulebook. Made for us by Beadspoke Designs, we’re very pleased to say we’ll have stocks at Salute on Saturday – the set contains over 70 counters and markers, including order counters for Rapid and Concentrated Fire, damage markers, infantry suppression markers, missile markers, blast markers (for outlining mortar and artillery zones) plus 25 counters to allocate command points. We’ve even got some smart compartmentalised boxes to keep them in, as you can see. 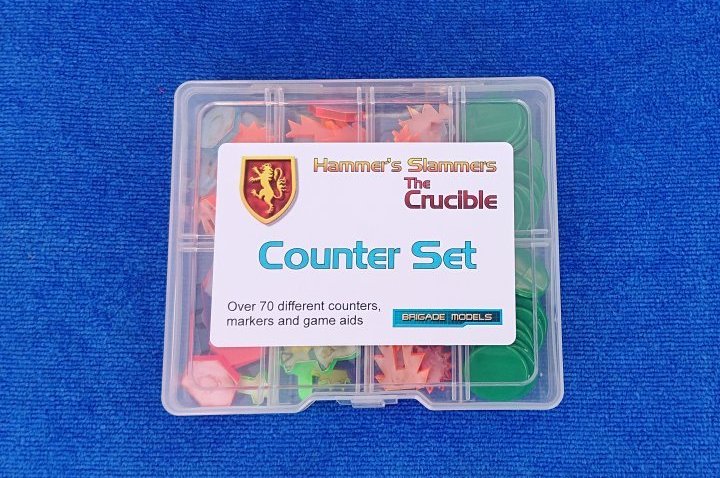 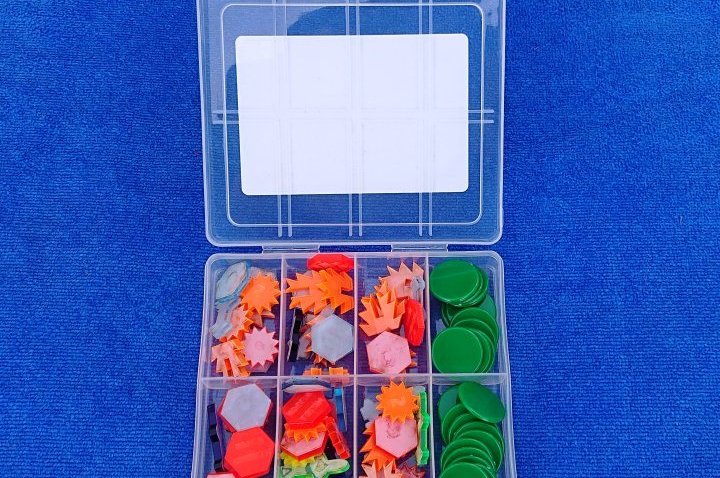 Apart from the command point counters (which are plain tiddlywinks) the rest are laser cut and engraved from translucent acrylic. Although they come unmarked, it’s a pretty simple process to ink them yourself with acrylic paint from a brush or pen – I did it with some Imperial Skies turn rulers at the start of last year. The photos below show a set which I’ve inked up for use, which only took a few minutes.

accessories Brigade Models New Release
This entry was posted on Friday, April 5th, 2019 at 10:40 and is filed under News. You can follow any responses to this entry through the RSS 2.0 feed. You can skip to the end and leave a response. Pinging is currently not allowed.