A while back, we had a limited-audience play test of a set of rules I am developing for a figure company. Afterwards we threw some Romans and Celts on the table for another playlets of Feudal Patrol (TM), which is an adaptation of Combat Patrol (TM) for ancient, medieval, and fantasy skirmishing.
The Romans were like tanks, with the pila and the armor giving them a significant advantage, but there were twice as many Celts as there were Romans, and our numbers started to make a difference.

If you look closely at the pictures, you may see a wizard to two in there. We were also testing the magic spells.

The cards are just about ready for me to turn them over to the artist -- probably another month and a couple more games. Section one, the basic rules, is done, other than shooting photos for the figures. I am hoping to turn the book over to the layout artist in December.

I will be looking for folks to run Feudal Patrol games at conventions to help promote the rules. 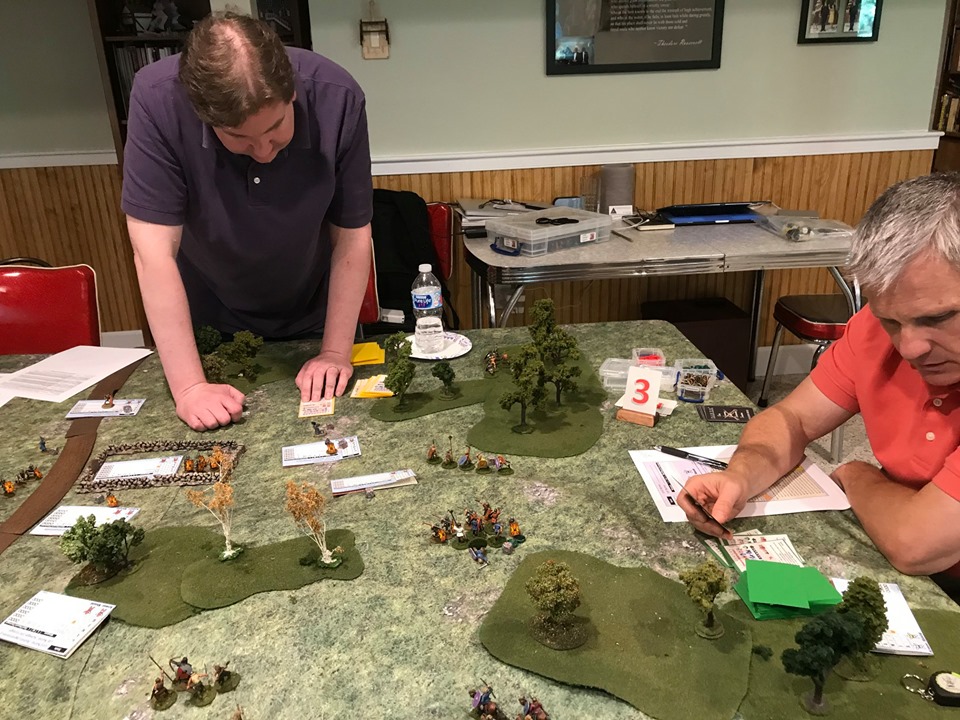 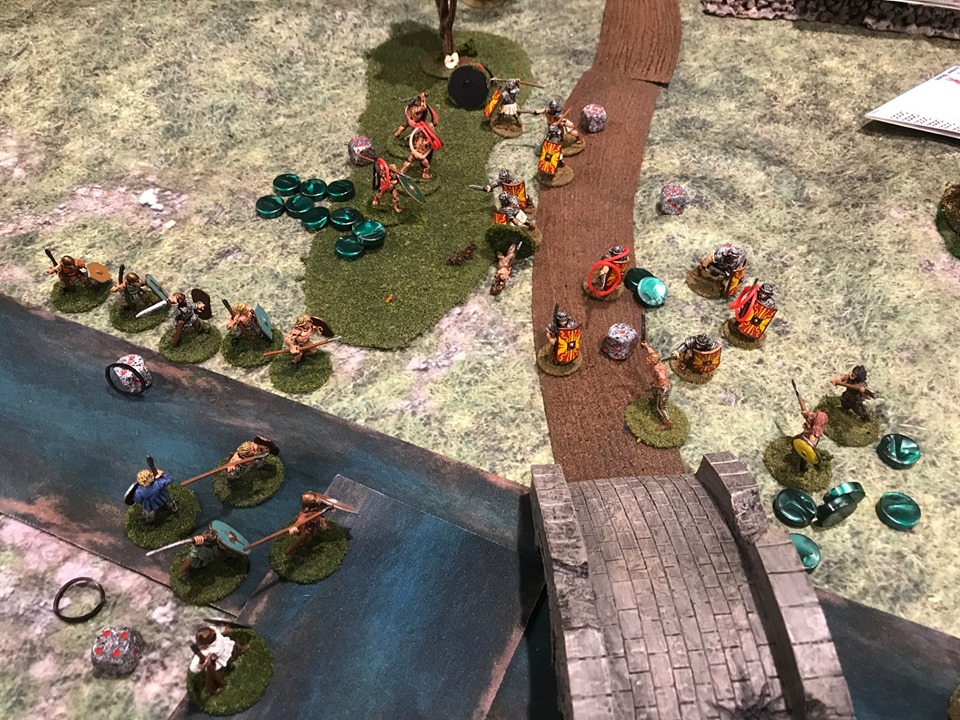 ancient Buck Surdu Fantasy News
This entry was posted on Saturday, September 14th, 2019 at 10:42 and is filed under News. You can follow any responses to this entry through the RSS 2.0 feed. You can skip to the end and leave a response. Pinging is currently not allowed.