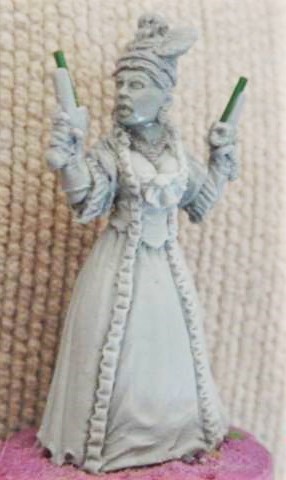 When William Makepeace Thackeray included Becky in his serialised novel, Vanity Fair, released in nineteen monthly issues from 1847 to 1848, her portrayal was largely based on details provided by the woman herself.

Thackeray interviewed the then middle-aged Ms Sharp on several occasions during the course of 1846.  Not only was she exceedingly rich but the gossip had her moving in all the highest circles of English high society during the War years, meaning that she could offer great insight for the setting of his story, a satirical look at society and social climbing.  Unbeknownst to Thackeray, Becky manipulated his every thought, expectation and deed; the resultant story had Becky at its heart, and some details were, perhaps, truthful or close to it, yet the reader was no closer to knowing the real woman than he was.

And that was just how the Government wanted it.

The public could never be allowed to discover the truth about those terrible times, when the Unmentionables roamed that green and pleasant land, threatening to destroy Britain from within, even as her brave soldiery fought for freedom against Napoleon on the continent.

Becky Sharp, the real Becky Sharp, was a heroine of the Empire, both at home and in the battlefields of Europe.  Speaking fluent French she used her skills in acting, mimicry, sketching, singing, dancing, piano and fashion to charm her way into the hearts of many French military commanders, learning many troop movements and enabling the allied coalitions to prepare for Napoleon’s tactics.  The most important of her undercover missions took place through the early months of 1815, when her success enabled the Seventh Coalition to devise an elaborate series of battle strategies that came into their own at Ligny, Quatre Bras, Wavre and Waterloo.  By secretly feigning defeat at the earlier battles, the Coalition was able to maintain two distinct armies with which to trap Napoleon’s forces at Waterloo.  Never a decisive plan, it proved to be even more precarious than had been feared, though it succeeded at the last.

Years prior to this, Becky had come to the notice of the British Military Intelligence Services for her involvement with the Fencibles, even though she was still in her teens.  Time spent under the tutelage of Lady Worsley honed her fighting skills, especially with twin pistols, but her specialist skills marked her for a life in espionage, a life that she enjoyed and excelled in.  She married her husband in secret, at the behest of her superiors, to avoid public attention, sometime prior to 1805, and no official record of the union was made.  Both benefitted from the secrecy.

Her husband, Rear Admiral Sir Thomas Troubridge, 1st Baronet, captaining HMS Blenheim, was lost in 1807, with the ship and all hands, as well as HMS Java, during a storm off the island of Rodrigues, east of Mauritius, as they sailed to India.  Other vessels put the two ships nearer to Madagascar after the storm.  No trace of the vessels or men has ever come to light and no records exist to explain their journey to India at that time.  Troubridge had served with the late Vice Admiral Horatio Nelson as midshipmen on HMS Seahorse in the East Indies between late 1773 through to mid-1776.  In July 1797 he assisted Nelson in the unsuccessful attack on Santa Cruz de Tenerife and, in August 1798, when getting into position for the attack on the French fleet, his ship, HMS Culloden, ran aground on a shoal near the entrance to Aboukir Bay and was consequently unable to take any part in the Battle of the Nile. At Nelson's request, however, he was awarded the gold medal commemorating the victory.  These details have led many modern-day conspiracy theorists at the Penny Cyclopaedia to claim that Troubridge was leading a top-secret mission, possibly begun on Nelson’s instruction before his death at Trafalgar, that would have had ramifications for the war against the Unmentionables.

After 1815, Becky continued her work against the plague that gripped Britain, though in a much more martial manner, dispatching countless shambling undead whilst training a new generation of Fencibles. 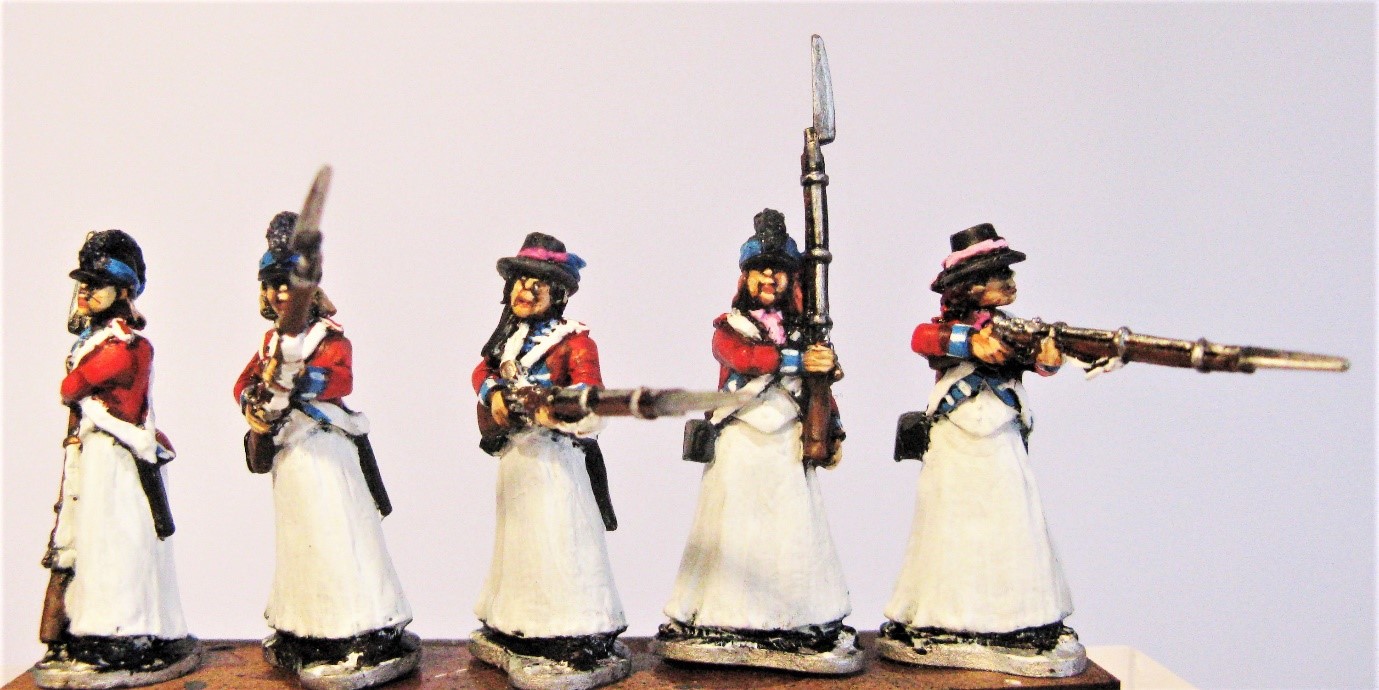 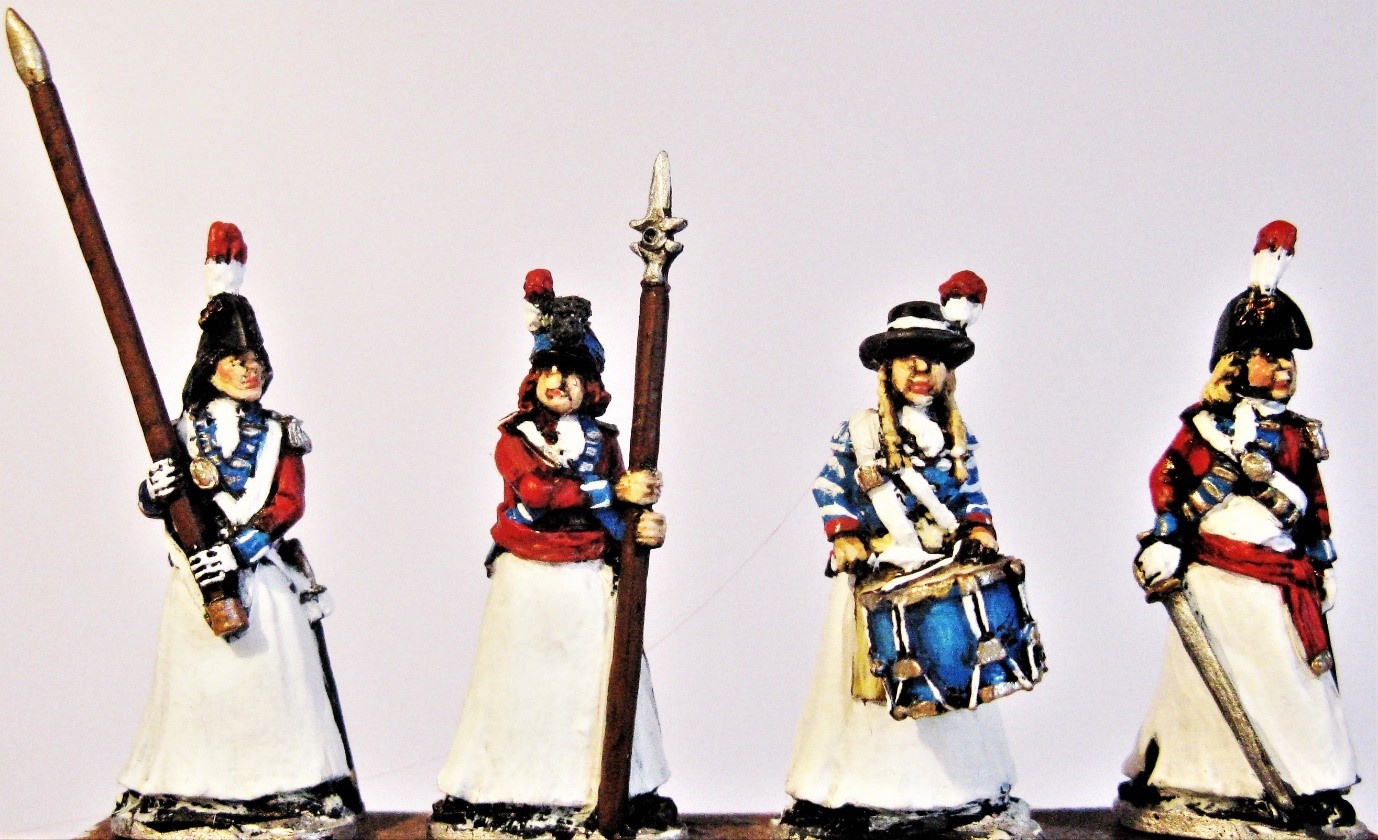 28mm black pyramid gaming News
This entry was posted on Wednesday, October 24th, 2018 at 19:06 and is filed under News. You can follow any responses to this entry through the RSS 2.0 feed. You can skip to the end and leave a response. Pinging is currently not allowed.