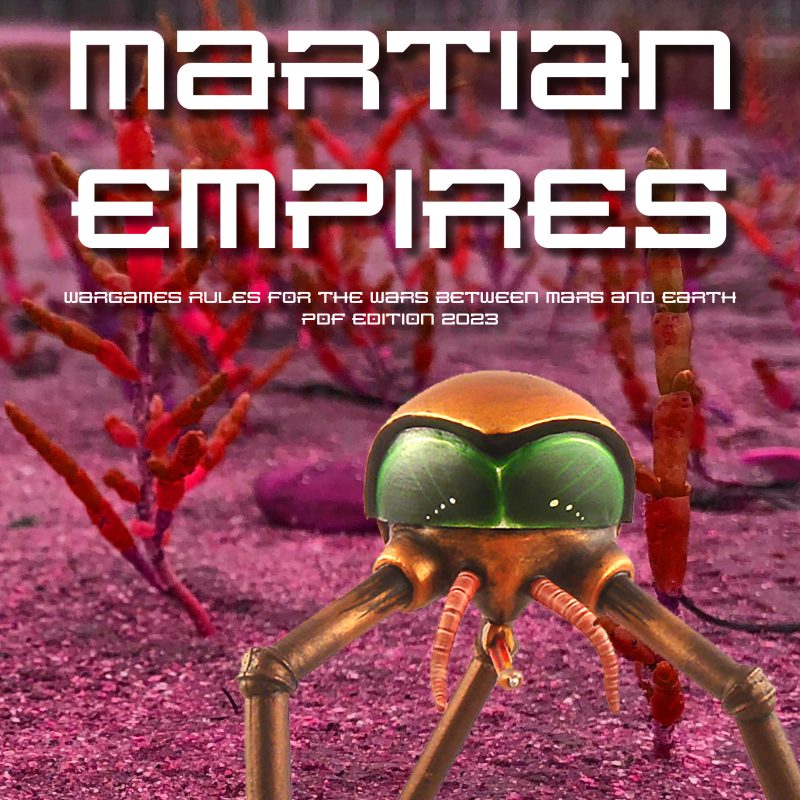 Martian Empires, wargames rules for the wars between Mars and Earth, is now available as a free to download PDF.

Fighting 15s announces the release of Four-armed Giant Apes for the Martian Empires range of 18mm figures. These are the first new releases for Martian Empires for a few years, and mark the start of our work to complete the range begun by Mike Lewis of Black Hat Miniatures.
Two different apes are available, priced at £8 each inc VAT.
EMP904A Four-armed giant ape
EMP904B Four-armed giant ape, charging
The apes stand about 42mm high, foot to eye, and one is shown here for comparison with an Imperial Martian (18mm) and a Giant Tribal Martian (28mm). Apes painted by Jon Atter. 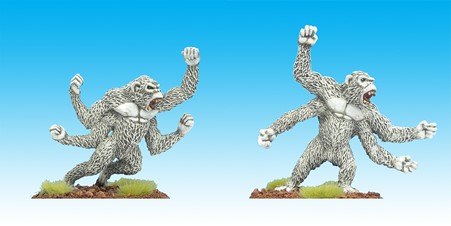 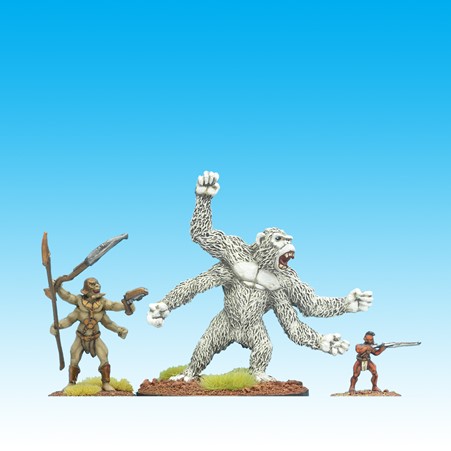 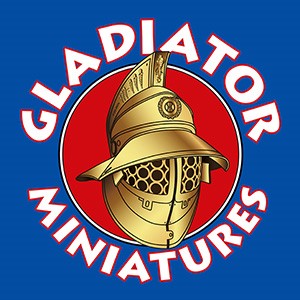 Fighting 15s is taking over the 15mm and 18mm ranges from Black Hat Miniatures, and ownership officially transfers this weekend at Colours.

All the codes have been uploaded to the Fighting 15s shop and will go live within the next week. I have been working hard to make descriptions consistent, and to remove quirks of spelling. There will still be errors that I will kick myself over each time they become apparent...

Until the moulds and stock arrive, the pictures will be the same as used by Gladiator and Black Hat - some of these go back to 2002 and the era of modems and tiny image files, and they are not satisfactory for today's website. Some codes were never photographed. I will be updating and adding photos as soon as possible, but there are more than 800 codes to ink, photograph and edit, so please bear with me.

I have all the masters and production masters, and I should take delivery of the moulds within the next week.

Looking ahead, I aim to use Fighting 15s' shows rep, Stuart Armstrong at Colonel Bill's, to offer army packs of the Gladiator Miniatures ranges at UK wargames shows, but this will take some months to organise. Stuart already takes some AB, Eureka and Fighting 15s figures to shows.

In future, all Gladiator Miniatures will be cast in lead-free pewter. This affects the costs of figures, originally priced for a much cheaper lead-tin mix, and because adding VAT will also affect the price to customers in the EU I have taken the opportunity to reorganise the contents of many of the packs to reduce the impact on the total price.

Standard packs of Gladiator Miniatures 15mm infantry and cavalry therefore now contain 8 infantry or 4 cavalry to fit in with the rest of Fighting 15s' ranges - and most of the rest of the wargaming hobby. A standard pack is now £3.40 inc tax. Chariot packs and elephant packs are £3.60 inc VAT. Command packs typically contain 5 foot or 3 mounted, and cost £2.55 inc VAT - the number in a command pack varies from range to range and descriptions of command as being "1 set" will be changed as soon as possible. Standard Martian Empires packs will be £3.60 inc VAT and continue to include 8 infantry or 4 cavalry. 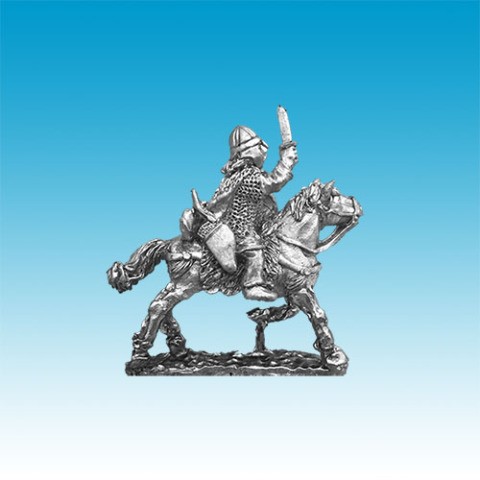 One day, all the pictures will look more like this

All orders over £30.00 from our range of 18 mm Napoleonic Ottomans will receive a free copy of Johnson & Bell's 1988, 38 page booklet "The Ottoman Empire and the Napoleonic Wars". 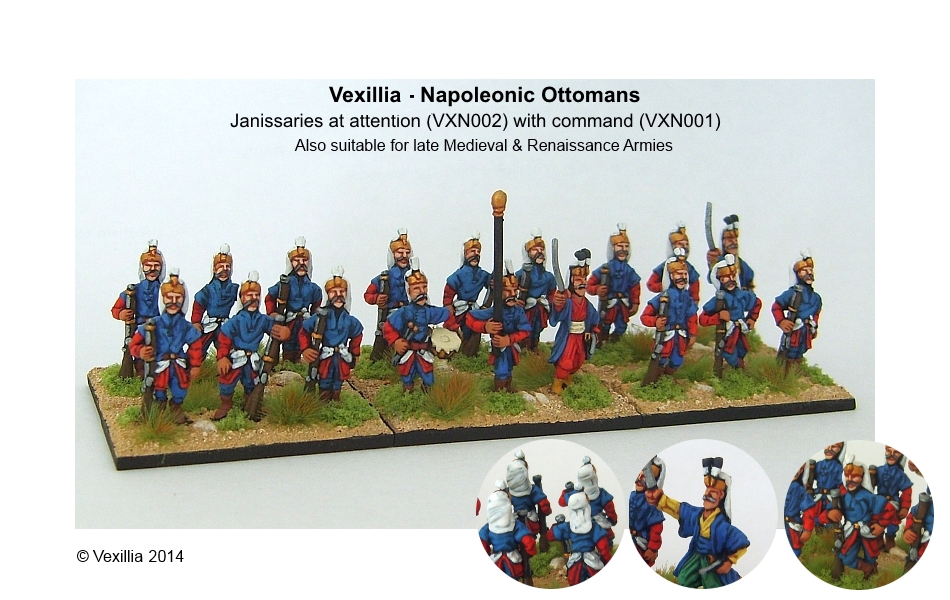 Of course being Ottomans, the figures are suitable for other historical periods from the Renaissance onwards.

The offer will run until close of business on Monday, 04 June 2018 and is available only while stocks of the booklet last.

There are four discounted battalion packs available from our range of 18 mm Napoleonic Ottomans.

Janissaries, Cairo Janissaries, and the Shifflick Regiments are avaialble in both 24 & 32 figure packs for various rule systems.

Of course being Ottomans, the figures are suitable for other historical periods from the Renaissance onwards.