The next addition to our growing range of 28mm WWI 3D-printed vehicles is the Berliet CBA truck, of which around 40000 were made between 1913 and 1932. It was the most common French transport vehicle of the Great War, with 25000+ reaching the French army, and were especially vital in keeping the frontline of the Battle of Verdun supplied. They were still in service during the 1940 campaign, carrying 75mm guns of the French Mounted Artillery regiments. These old guns, which were designed to be horse-drawn, couldn’t be towed at speeds greater than 5mph so they were transported on the back of the CBAs.

As with our other releases, there are both intact and destroyed versions – the latter looks particularly sad lying on its side… Phil has done a cracking job on the painted version, recreating the Berliet logo on the canvas awning in freehand. 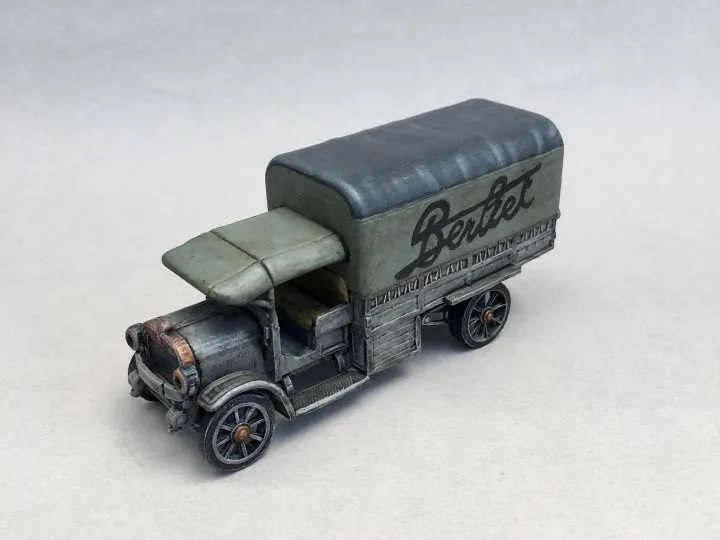 Earlier in the summer we posted about a new range of 3D printed Great War vehicles in 28mm. It’s taken us a little longer than expected, but the first of them have reached the website.

We’ve started with what is pretty much the iconic WWI tank, the British Mark IV. This is the Male version armed with two 6pdrs and three Lewis machine guns. It’s accompanied by a destroyed version that has obviously had a close encounter with some German artillery. 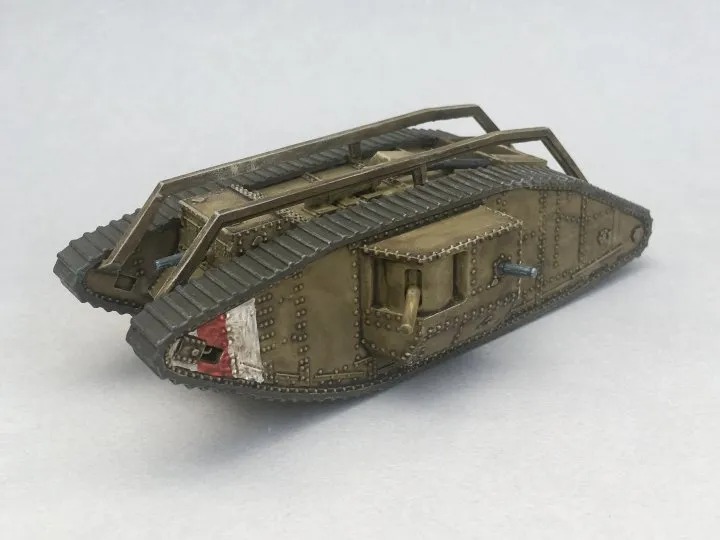 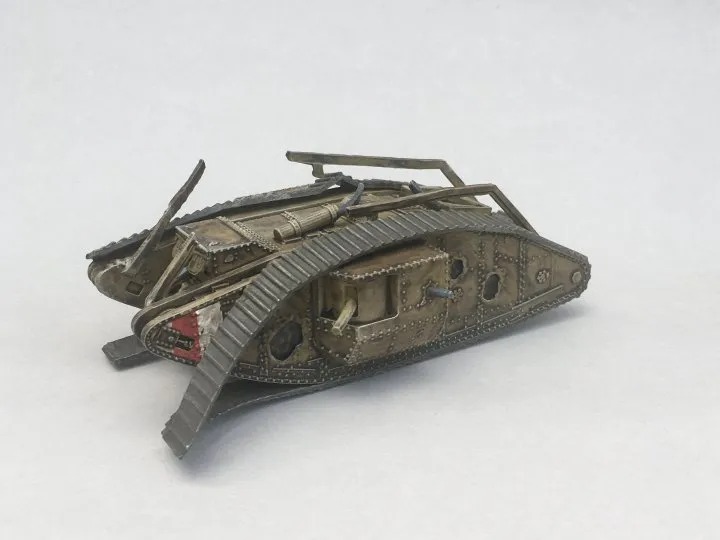 Our second model in this first batch is at the opposite end of the size scale. The Ford M1918 3-ton tank was developed by the US as an alternative to the French-built FT-17, and took a number of design features from the latter vehicle. It was turretless, and armed with a machine gun mounted in the bow. Only fifteen were built and, of these, only one made it to Europe before the Armistice. 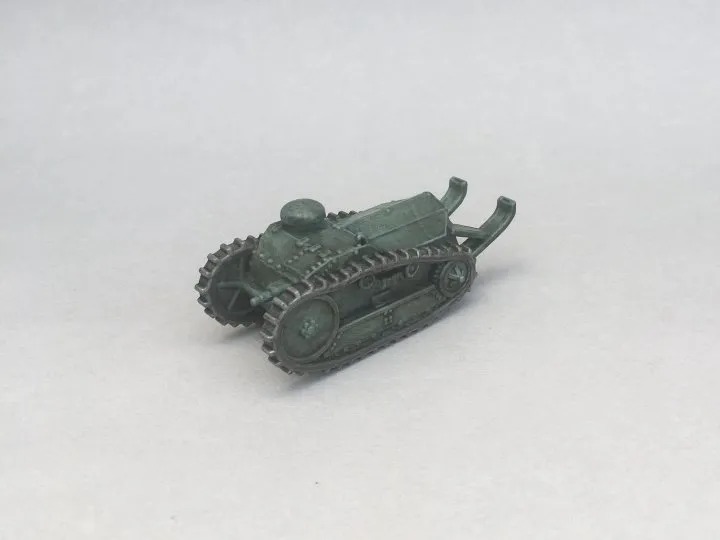 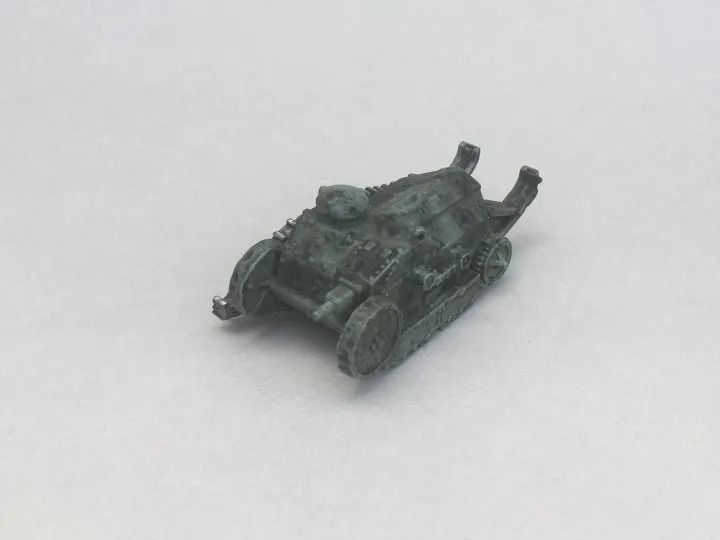 The French have arrived.
28mm WWII gamers have waited a long time for plastic French infantry.
This new box from Wargames Atlantic contains 35 French soldiers with accessories for making WWI and WWII soldiers. 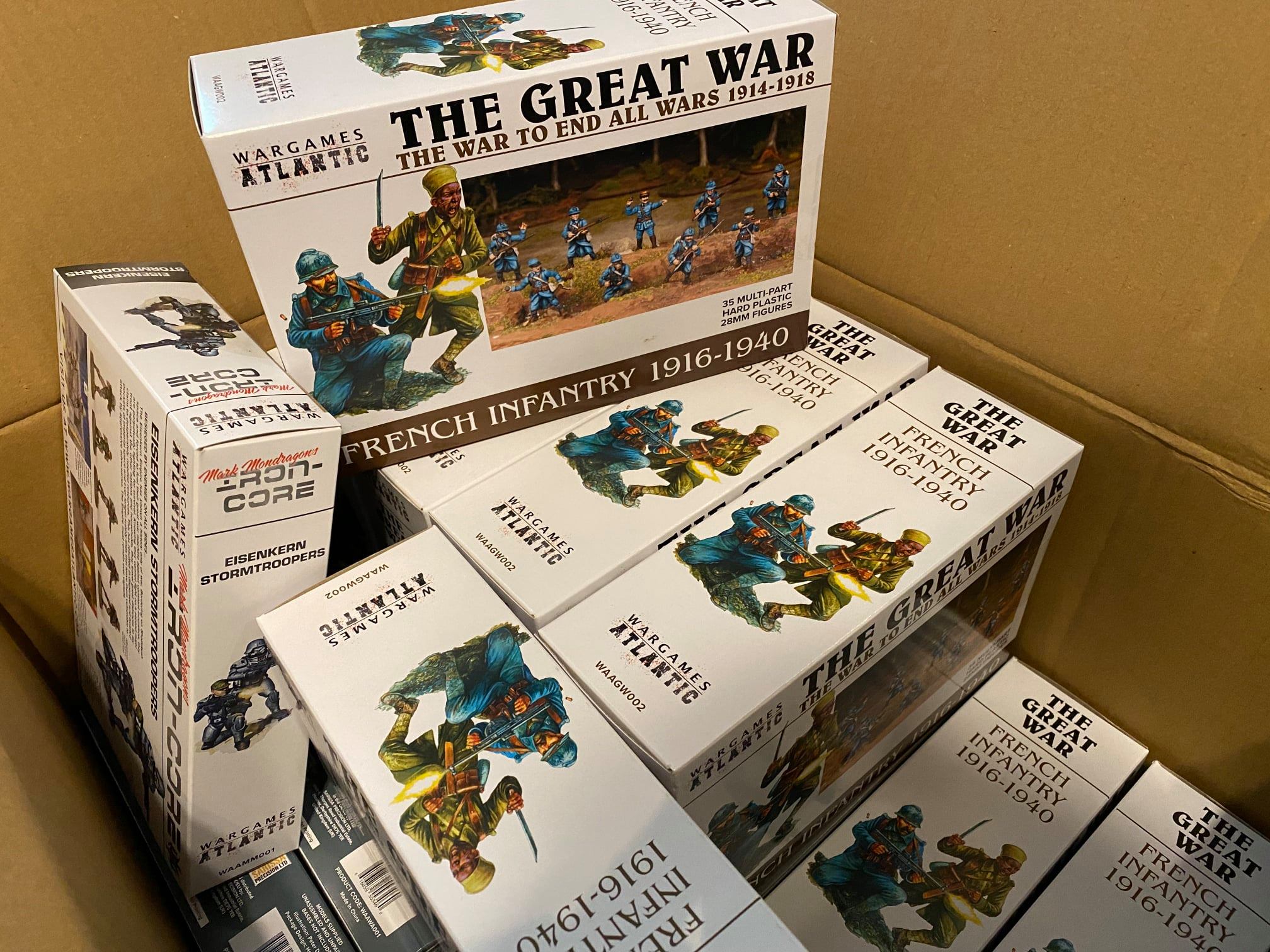 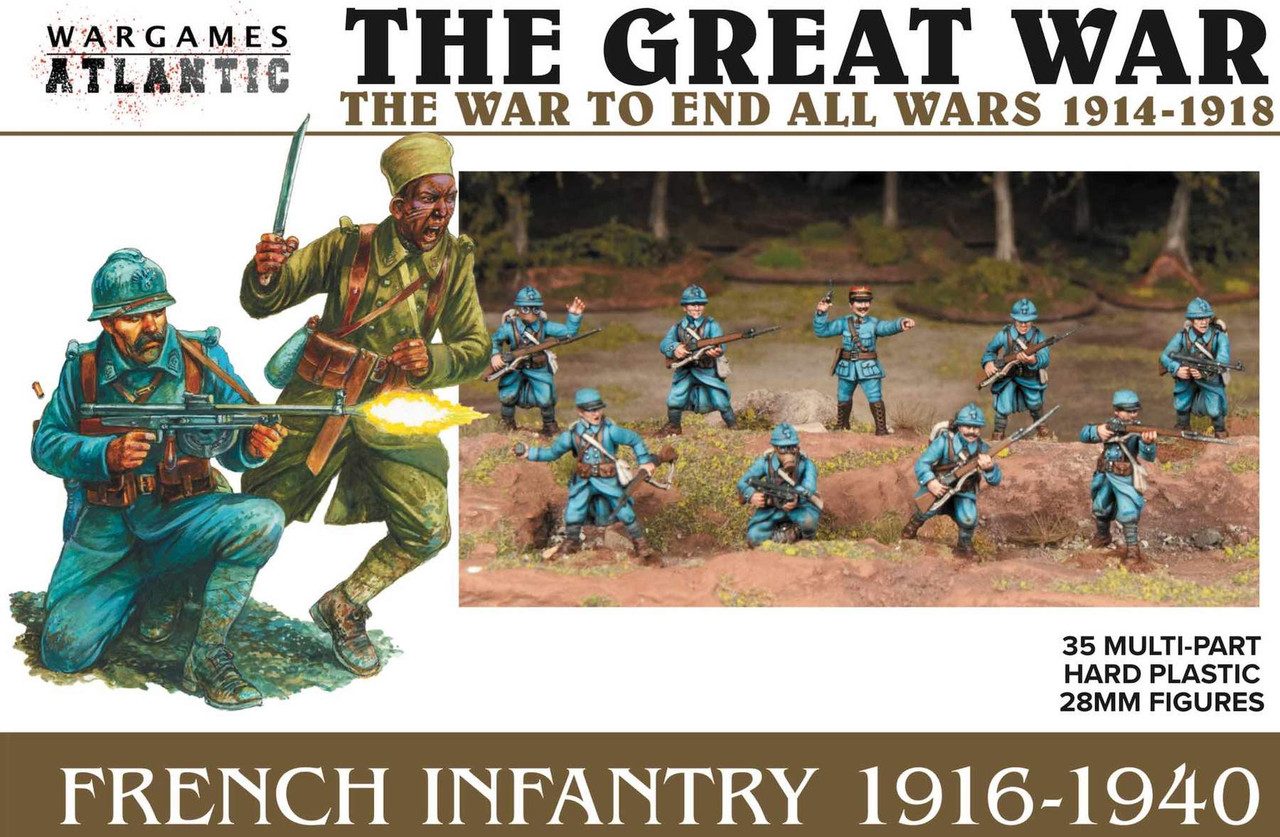 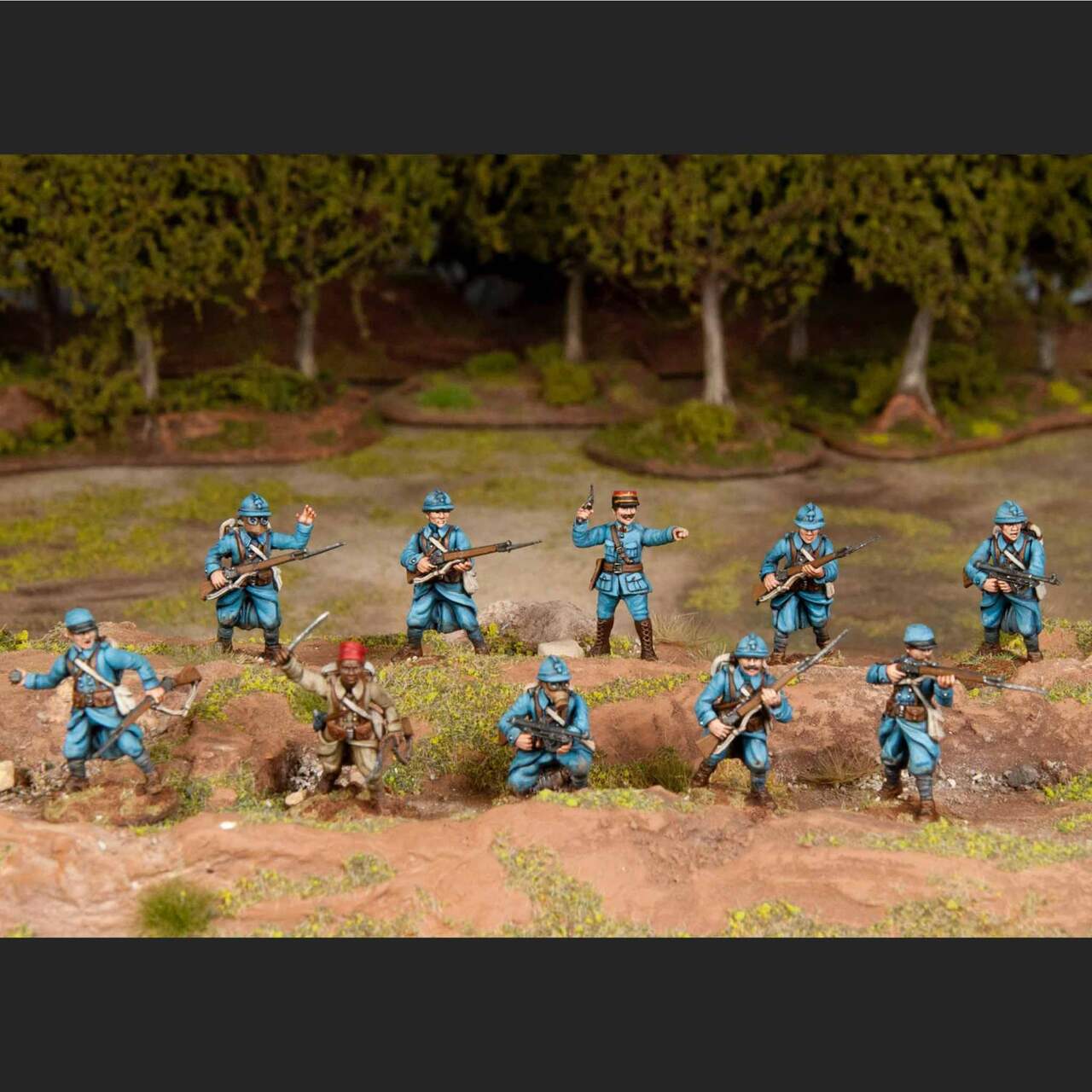 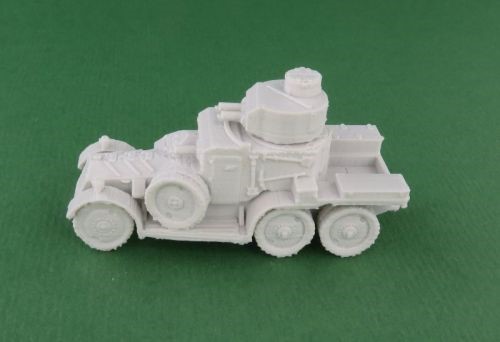