The 28mm WW2 Russian Female snipers are now back in production. We thought we would have to get these re sculpted but found some original castings off the master mold.
The casualty is cast in resin and the 2 snipers in the usual Lead Free Pewter. 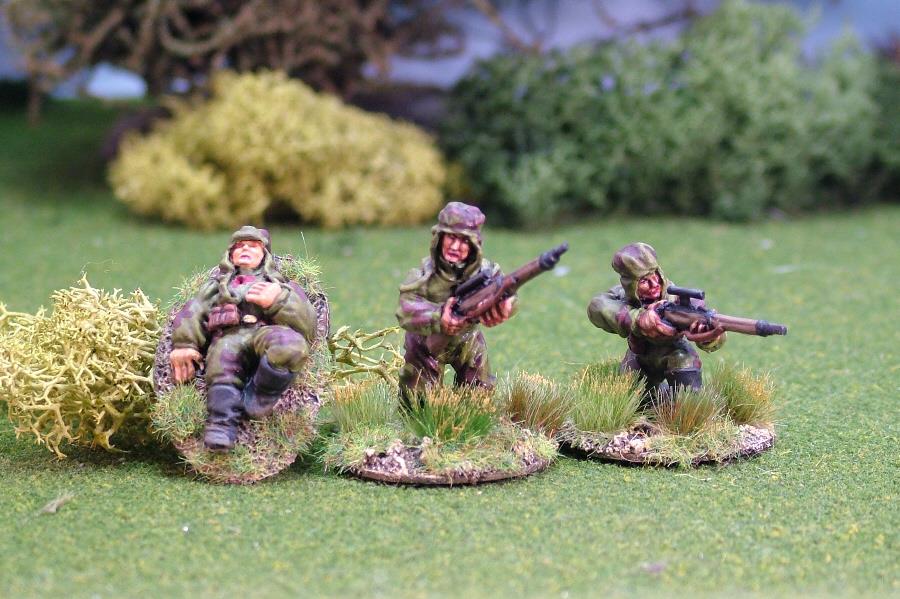 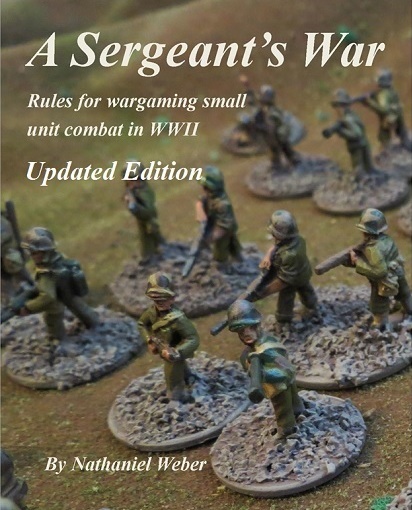 I have updated A Sergeant’s War by adding a few new rules, refining some of the game mechanisms, and reorganizing the rule book to make it easier to read and reference.  I've added a new scenario (bunker busting!).  I also decided to dispense with the pictures embedded in the text—there’s plenty of pretty eye candy on the internet and, really, are you buying a set of rules online via PDF for the artwork or for the game play?

The rules are available here

A brief synopsis of the rules:

Importance of leaders—your squad and platoon leaders are critical to keep your force fighting, but every time they do something significant, they might get hit by enemy fire

Emphasis on units over individuals—players focus on the placement of squads, tanks, and heavy weapons, not individual riflemen

Orders of battle the US, German, Soviet, British, Italian, Japanese, and French armies

Markers for pinned, broken, and other game conditions

If you’re on the fence about buying the rules—the wargaming world is not exactly starving for WWII rules!—I will be releasing a free, introductory version of the game soon and will announce the release here.

Check the website for more information and see the packs available.

We’ll have stock of all our WW2 Section and Platoon packs at Warfare 2015 in Reading this weekend. 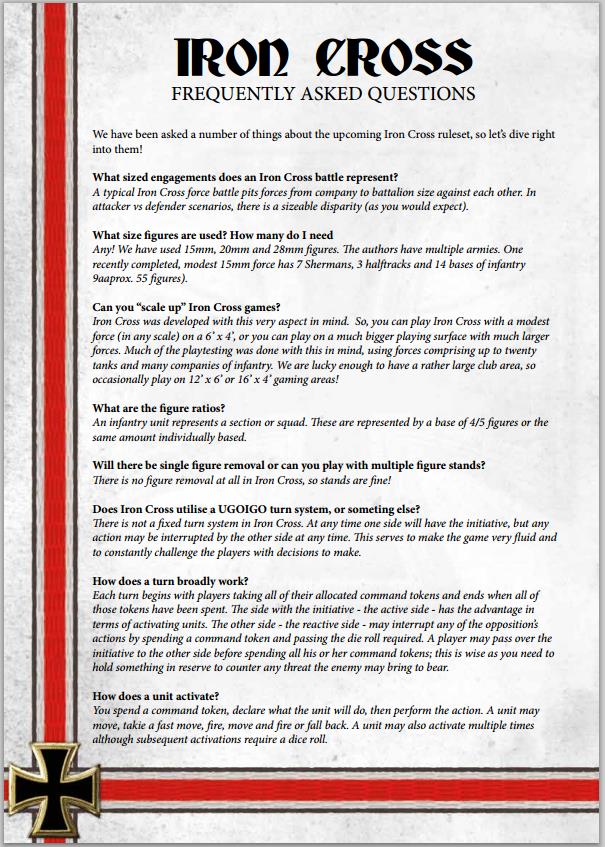 Click HERE to go the page where the FAQ document is. 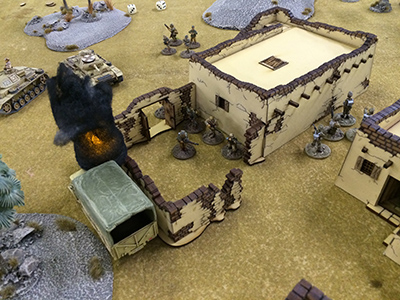 Iron Cross writers Darryl Morton and Stuart McCorquodale meet in the desert for a rare small battle involving about a company of infantry and a couple or three tanks on each side. We take a look at events from the point of view of the DAK, commanded by Hauptmann McCorquodale.