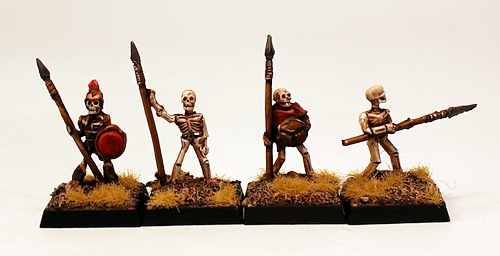 Creak and rattle, watch out for the gleaming white of risen skulls bobbing ranks as they advance to take the life from the living! That's right the two packs talked about during October for the expansion of the Undead in the HOT 15mm Fantasy Range have now been released.

15mm 15mm.co.uk Fantasy New Release
This entry was posted on Wednesday, October 29th, 2014 at 18:08 and is filed under News. You can follow any responses to this entry through the RSS 2.0 feed. You can skip to the end and leave a response. Pinging is currently not allowed.

One thought on “15mm.co.uk New Releases”