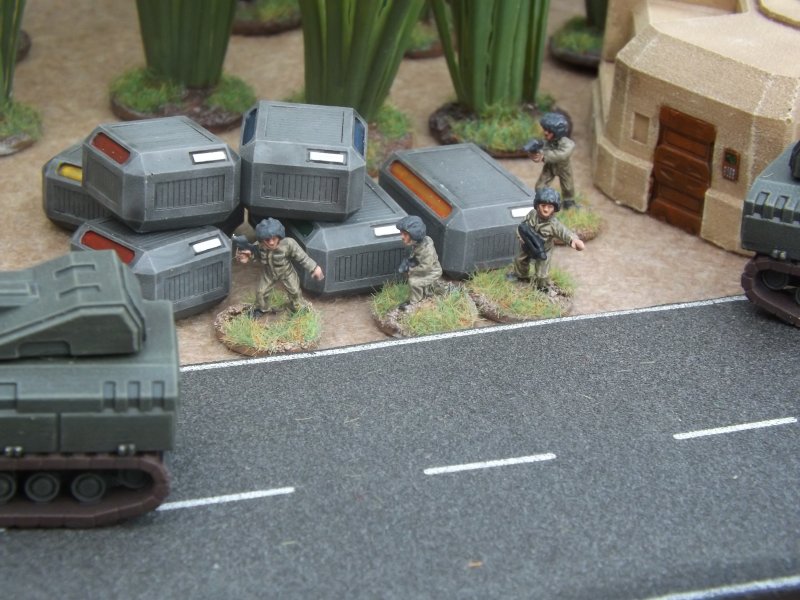 We have six new packs of dismounted 15mm tank crew for our SF range this week, both armed and repair crews in three types of head-gear.

They had what can only be described as a 'soft launch' at Blast-Tastic! on Saturday, I forgot the painted display figures so no-one knew we had them ! We still managed to sell a few packs though, so not all was lost.

15mm Brigade Models New Release Sci-Fi
This entry was posted on Tuesday, October 7th, 2014 at 19:53 and is filed under News. You can follow any responses to this entry through the RSS 2.0 feed. You can skip to the end and leave a response. Pinging is currently not allowed.