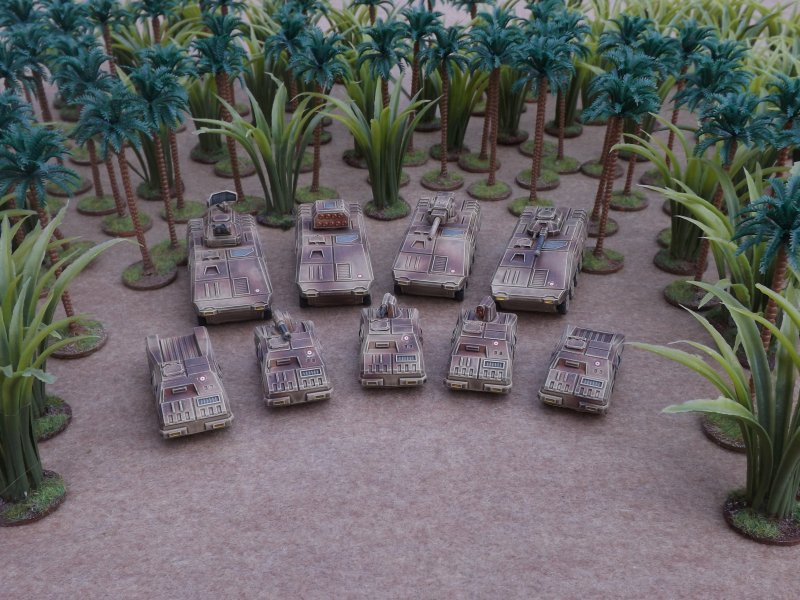 As our final new release of 2014, we have a number of new 15mm vehicles. These represent the Rapid Reaction forces of the European Federation (EuroFed) and are used by the elite units of each national army such as the French Légion Étrangère, Italian Bersaglieri, Spanish Legión Española and the Dynameis Katadromon of Greece.

The primary workhorse of these units is the 10-wheeled Catroux APC in its many variations. The basic APC carries the same turret as the Tassigny MICV, but there are also AA, anti-tank missile and remote-gun tank destroyer variants.

General liaison, utility and cargo duties are undertaken by the Musareigne 4x4 and the larger 6x6 Lievre pick-up. The armed version of the Musareigne is known as the Javelot, which has a remote turret carrying either twin MGs, a 5-barrel gatling or twin Manta missile pod. 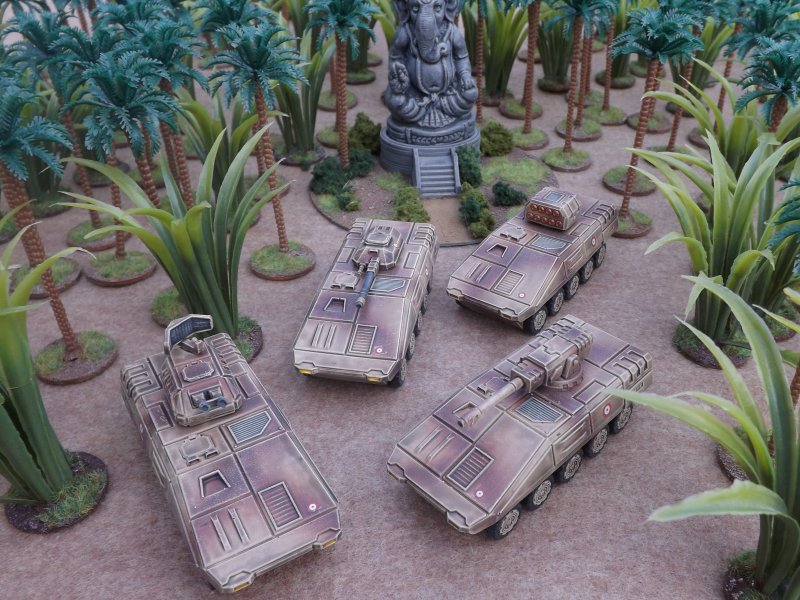 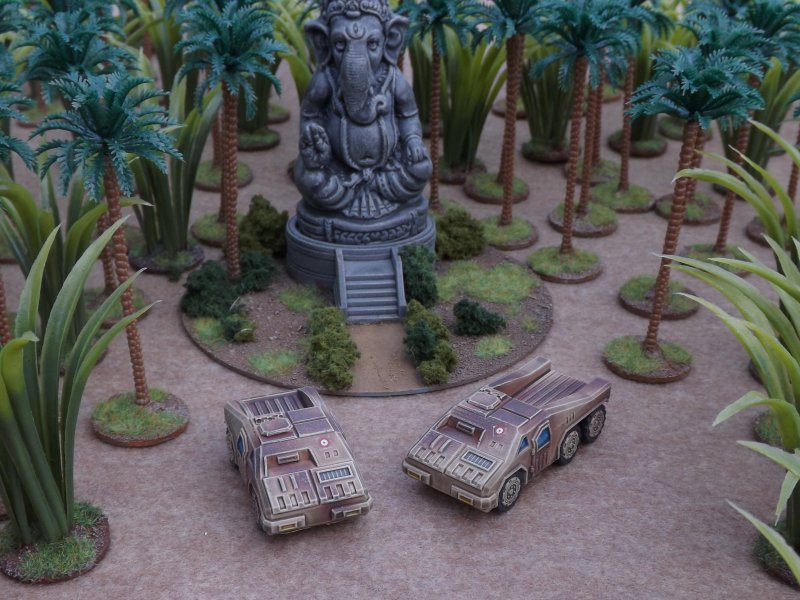 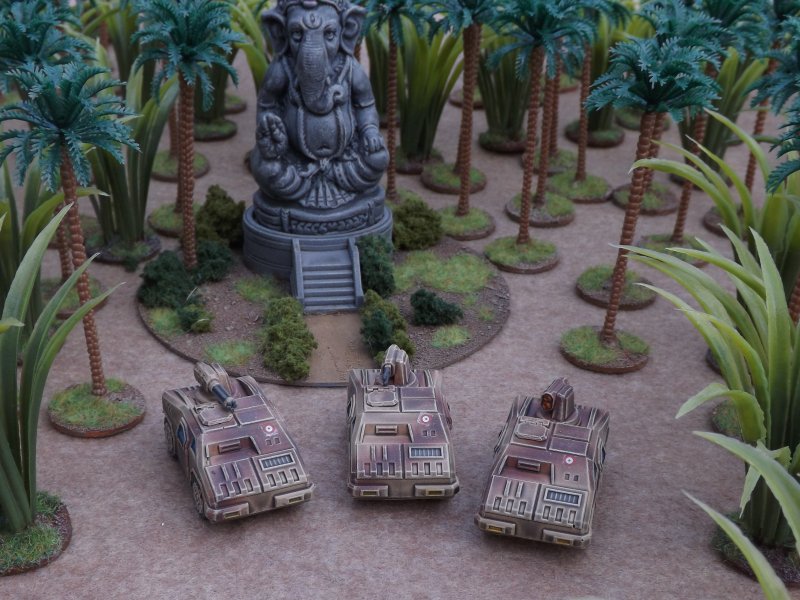 15mm Brigade Models New Release Sci-Fi
This entry was posted on Friday, November 28th, 2014 at 18:37 and is filed under News. You can follow any responses to this entry through the RSS 2.0 feed. You can skip to the end and leave a response. Pinging is currently not allowed.

One thought on “15mm Légion Étrangère”