Oppressive dictators in search of civilians to crush can turn to Gladiator Miniatures’ new 15mm modern male and female rioters – we already make a miniature ancient mob that will go Biblical on you! 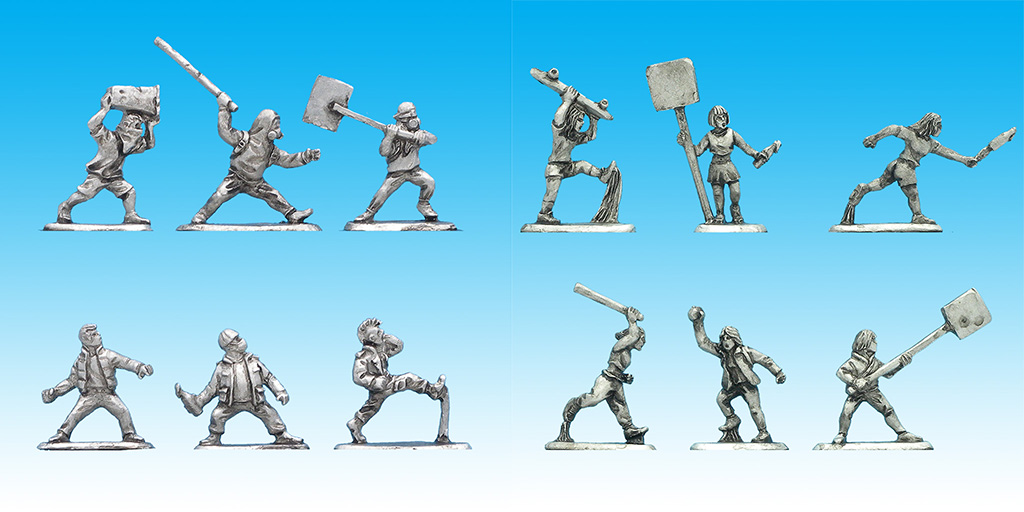 The release of our sets of male and female rioters marks the start of our new Generation 5GZ range – 15mm figures for the modern age. Future releases will include riot police, riot police using “minimum force”, zombies and zombie hunters, which we’ll be announcing as we get the moulds made.

The first two packs are:

Each pack, priced at £4 each including VAT, contains 6 different 15mm figures.

15mm Fighting 15s modern New Release
This entry was posted on Thursday, May 27th, 2021 at 14:10 and is filed under News. You can follow any responses to this entry through the RSS 2.0 feed. You can skip to the end and leave a response. Pinging is currently not allowed.

One thought on “15mm Modern Rioters”