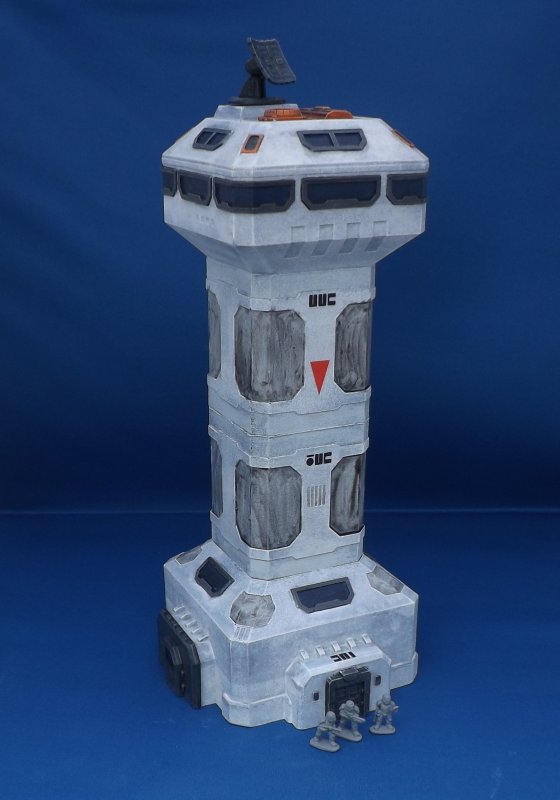 We've had a mixed bag of releases in our 15mm SF range this week. The biggest (in both size and weight) is the Control Tower. This 10" tall model is part of our Colony Base and can mate up with other models in that range or be used as a stand-alone piece. There are two options, the full height model or the slightly smaller version that has a single central pillar instead of two.

At the same time we're returning the 15mm Athena VTOL to the website. Out of production for a while, it's been completely remoulded.

15mm Brigade Models New Release Sci-Fi
This entry was posted on Friday, May 8th, 2015 at 19:36 and is filed under News. You can follow any responses to this entry through the RSS 2.0 feed. You can skip to the end and leave a response. Pinging is currently not allowed.