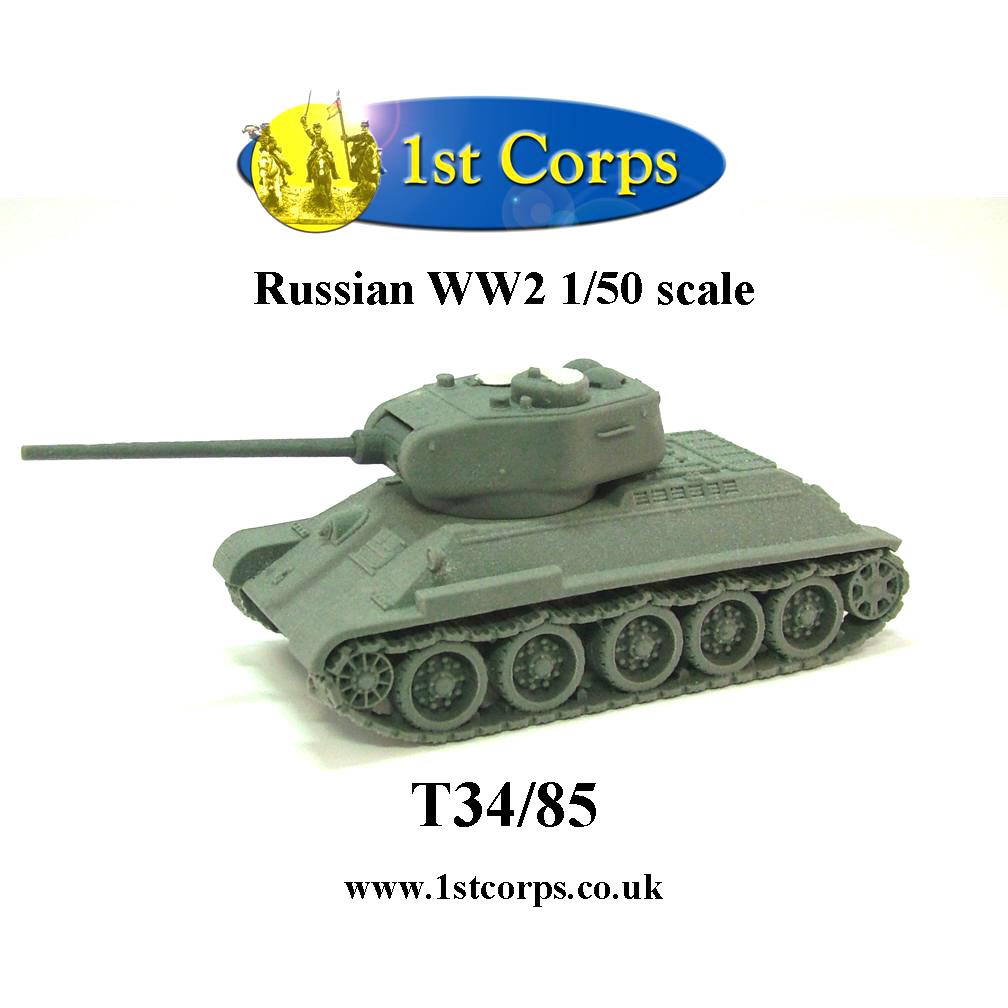 The T34 was originally armed with a 76.2 mm gun which was adequate against the armour of early German Panzer MKIII and MKIV tanks. By mid 1942 with the appearance of more heavily armoured variants the T34/76 had difficulty penetrating the thicker frontal armour. As a result the 76.2 mm gun was upgraded to the 85mm version which was powerful enough penetrate Tiger I armour at close ranges. 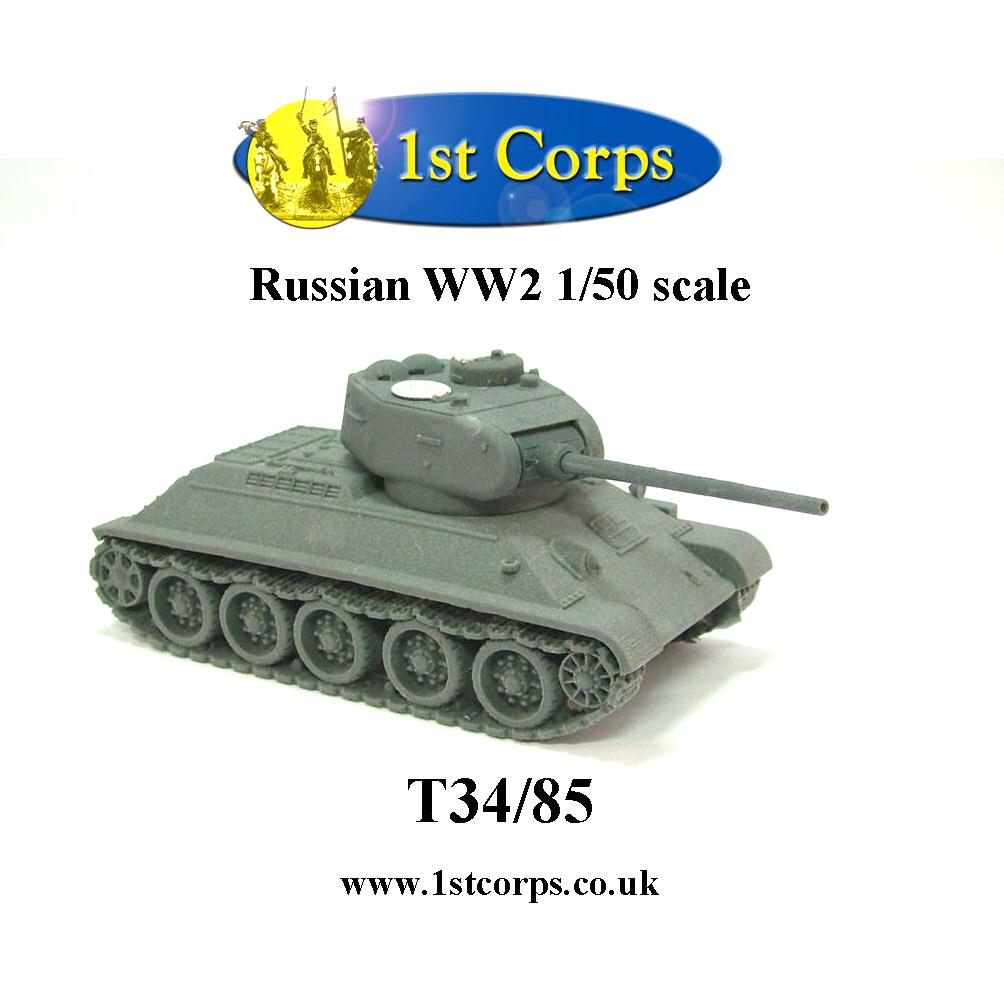 This model comes as a resin and metal kit. Retailing at £18.

Get your pre-orders in by 28th Jan to receive a 10% discount. This applies to all 1st Corps, Kingmaker
Miniatures and Curteys Miniatures products.

1stCorps 28mm New Release WWII
This entry was posted on Sunday, January 18th, 2015 at 11:42 and is filed under News. You can follow any responses to this entry through the RSS 2.0 feed. You can skip to the end and leave a response. Pinging is currently not allowed.