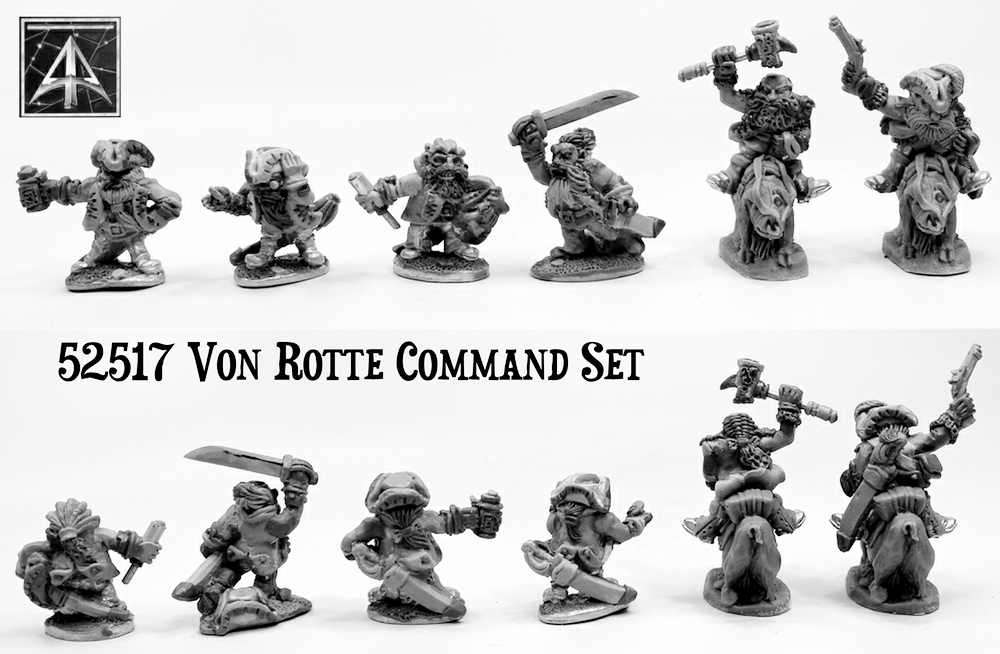 This begins on Christmas Eve with a pre-order offer of 20% off release price (three days only actual release on 8th January 2015) on the awesome 52517 Von Rotte Command Set.

Click through to read the whole article where the code is previewed and the offer explained. Flintloque is going to grow a lot in 2015!

28mm alternative armies Flintloque New Release
This entry was posted on Friday, December 19th, 2014 at 11:55 and is filed under News. You can follow any responses to this entry through the RSS 2.0 feed. You can skip to the end and leave a response. Pinging is currently not allowed.