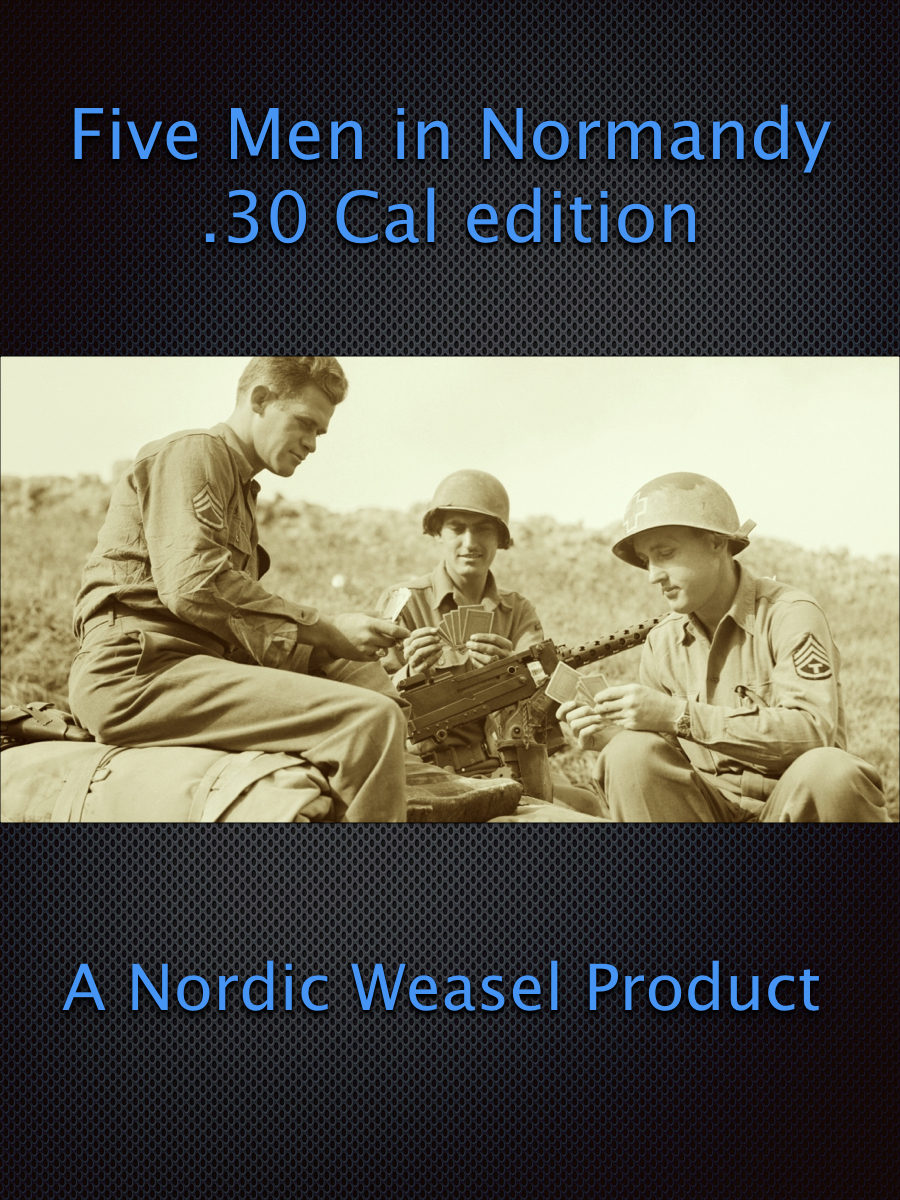 Five Men in Normandy is back.

Five Men plays quickly, has absolutely no long lists of modifiers to memorize and supports character-focused campaign games right out of the box.

All you need to play is a handful of figures, a 2x2 foot table and an hour of your time.

Make the game as chaotic and unpredictable as you want with random in-game events, play solo, follow your characters from battle to battle in a system where their motivations and dreams just might make a difference.

This is an updated and improved version of the original Five Men in Normandy rules.

The focus of this edition has been to improve the presentation, make the game clearer and more accessible and tweak a few rules that could use a touch.

The contents are intentionally the same as the original version.

New Release Nordic Weasel Games WWII
This entry was posted on Monday, October 9th, 2017 at 09:40 and is filed under News. You can follow any responses to this entry through the RSS 2.0 feed. You can skip to the end and leave a response. Pinging is currently not allowed.