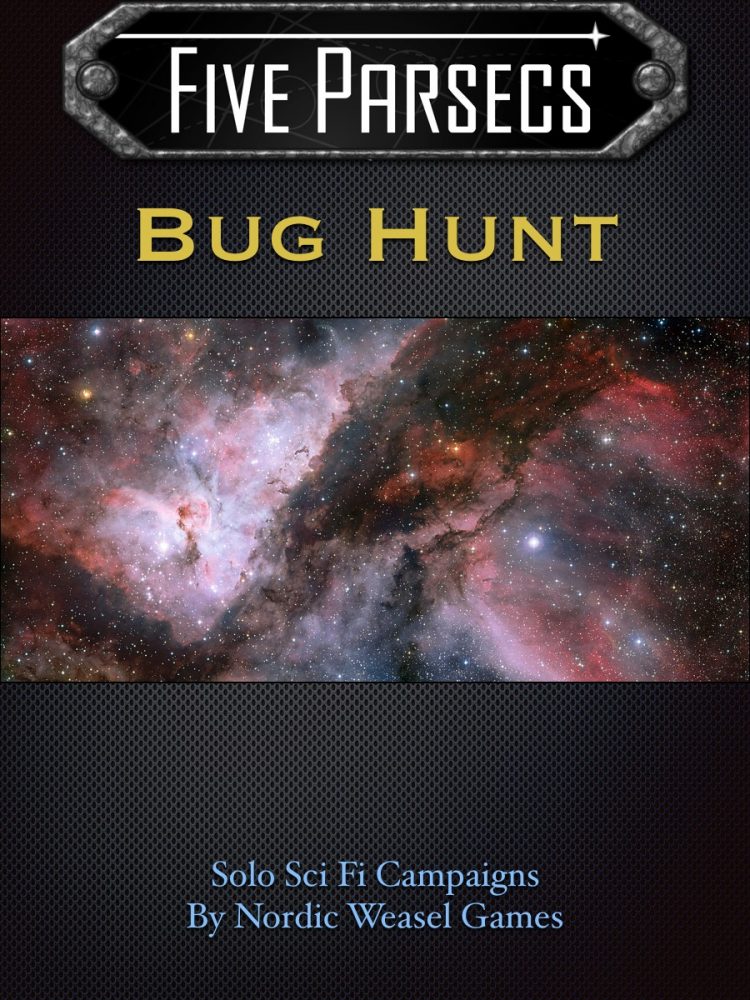 "All scifi gaming eventually leads to the movie Aliens" someone once told me.

Maybe that's not quite true, but the 1986 sequel to the original Alien certainly does loom large over miniatures gaming.

A squad of heavily armed marines alone against the ravening hordes of extra-terrestrial killers. Good stuff.

So now, you can indulge in the same sort of thing using Five Parsecs.

Create a handful of characters and lead your crew of soldiers as they accomplish objectives and fend off the alien terrors.

As with other Five Parsecs titles, everything is aimed at solo play (though you can play with a friend and even earn some bonus rewards, to account for the fact a human opponent usually is more devious).

Everything flows in a campaign structure with random events and unexpected things happening, though we've changed the structure quite a bit to account for the military nature of the campaign.

New mechanics include a fire team mechanic (many of your supporting troops will be squads of soldiers), new takes on the "contact" mechanics introduced in Salvage Crew, a Reputation mechanic that lets you cash in mission success for occasional benefits and a system for Mustering Out which should make Traveller players feel a tiny bit nostalgic.

Of course, you also get all the tools you need to transfer your Bug Hunt character to another campaign.
Start in the army, go AWOL and join a gang, clean up your act and get a salvage job. It's all up to you.

Updates are coming shortly to the existing game line, to allow transfers into Bug Hunt.
The new rules are all up to 1.03 standard though I'd expect a small update shortly after launch to clean up a few vague wordings and the likes.

New Release Nordic Weasel Games Sci-Fi
This entry was posted on Saturday, February 17th, 2018 at 09:43 and is filed under News. You can follow any responses to this entry through the RSS 2.0 feed. You can skip to the end and leave a response. Pinging is currently not allowed.