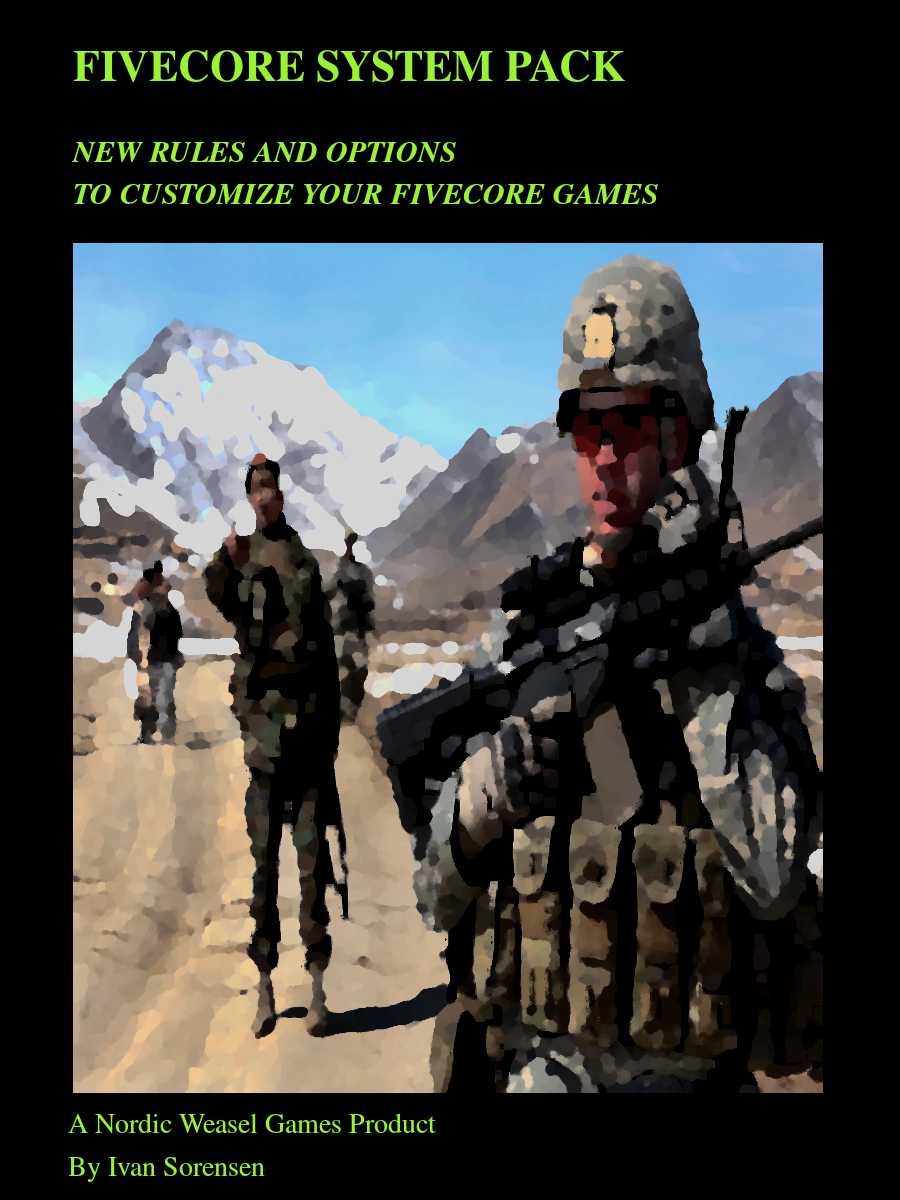 A new mini-supplement is available with options to customize and tailor your games to your tastes.

These options are a mixture of ideas that were tested for various releases and never included officially, as well as brand new options for a new experience.

They're suitable for all FiveCore games and should be adaptable to Five Men at Kursk with minimal difficulty.

*Ambush (A new option when reacting to nearby movement)

*Squad traits (A skill system for an entire squad, for quick scenario building)

*Battle exhaustion (Put more pressure on your characters in a campaign, forcing you to push them harder or operate below strength)

New Release Nordic Weasel Games rules
This entry was posted on Thursday, October 27th, 2016 at 18:27 and is filed under News. You can follow any responses to this entry through the RSS 2.0 feed. You can leave a response, or trackback from your own site.