Games For JOS16: The Somme 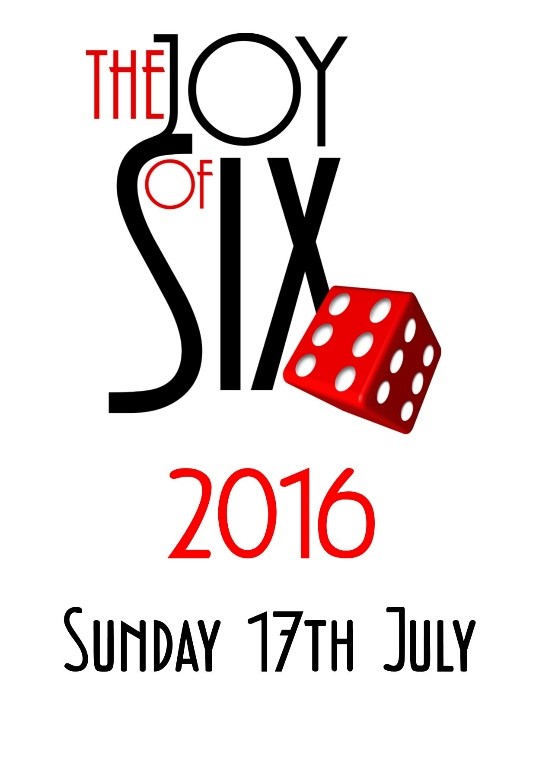 Over the past few weeks, I've been showcasing just a few of the outstanding games that you'll be able to experience at this year's Joy of Six show.  With just a few days to go to the event. it's time to give you a taster of what will be the biggest game on display.  Robert Dunlop will be presenting a massive recreation of the Battle of the Somme.  As ever, the definitive description comes best in the words of the designer:

All Quiet on the Western Front... But not for much longer! 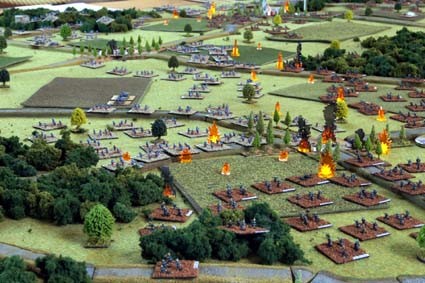 As I write, the 100th anniversary of the Battle of the Somme is being commemorated nationally. July 1st, 1916, saw the opening of arguably the most widely known battle on the Western Front, at least from a British perspective. It seemed fitting to showcase the battle at the Joy of Six Show in July, 2016. Not least because the 6mm scale truly lends itself to a battle of this magnitude, where hundreds of thousands of British, Dominion, and French soldiers launched themselves towards the German defences. I have always been interested in the Great War. My Grandfather was a veteran of the war. Unlike many of his comrades, he talked about his experiences. I spent many hours listening to his accounts of what happened. He was wounded on the Somme, which served as a double incentive to put on this demonstration.

The Battle of the Somme was fought two years into the war, during the period of trench warfare. The stalemate occurred was only a few months after Germany invaded northern France, in late 1914. The First Battle of the Marne turned back the tide of the invasion but only as far as the Somme. We commemorated the Marne battle in 6mm in September 2016. It showed what can be achieved with 6mm figures. This photograph was taken inside the memorial chapel in Dormans, France: 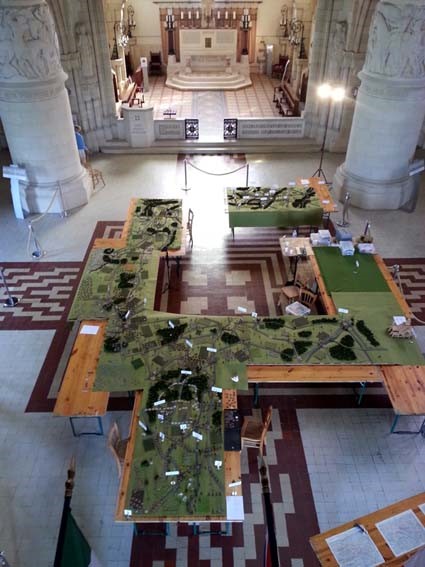 Sheffield will offer a similar spectacle. The demonstration will feature the British and French attack north of the Somme river. Over 15 miles of front will be represented on a table 20 feet long by 6 feet wide. The terrain will be accurately represented, based on original WW1 trench maps: 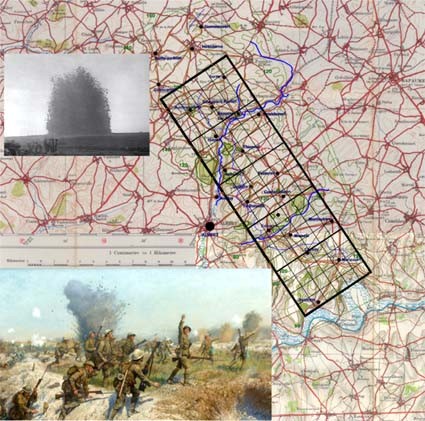 Contours are based on Hexon Terrain, covered in the Mat-o-War terrain mats. The new TimeCast WW1 trenches will mark the Allied and German lines. Here is a taster, with the British preparatory barrage falling on the German trenches. The wire is largely uncut. Hopefully this will be corrected as the Joy of Six Show draws nearer. Only time will tell... 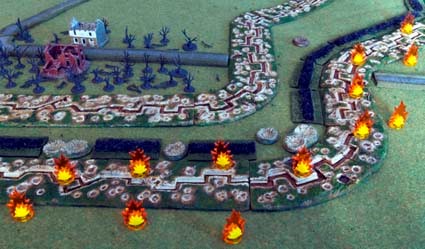 Some British commanders have ventured forward to the front line to view the battlefield first-hand. These Baccus figures will make ideal targets for snipers if they are not careful: 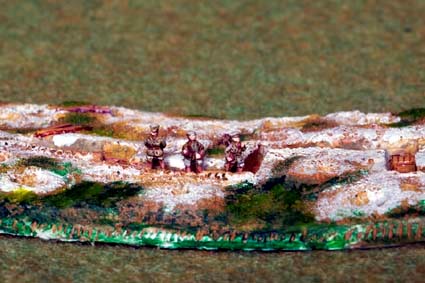 Meanwhile, Baccus pioneers continue to prepare the jump-off trenches and increase the number of communication trenches: Last, but by no means least, the Baccus late war British infantry are beginning to make their way to the starting line: With over 600 infantry stands on table, this will be an impressive sight. You will get to appreciate why the attack succeeded in some places but not others. Please stop by, even if only to remember what happened on that fateful day in Picardy.

I think you'll agree that this will be magnificent sight, especially as you can take advantage of the atrium floors at the venue to get some overhead views of the table.

That's about it for the previews to the JOS16.   All the final preparations are in hand and we're looking forward to another hugely successful show.  See you there!

The JOS16 will be taking place at Sheffield Hallam University Heartspace, S1 1WB, on Sunday 17th July.  Doors open at 10.00am and we chuck you out at 4.00pm.   Entry is £3.00 but is free to all the self-declared 6mm sceptics out there so bring some along.

6mm baccus historical News shows
This entry was posted on Monday, July 11th, 2016 at 13:06 and is filed under News. You can follow any responses to this entry through the RSS 2.0 feed. You can skip to the end and leave a response. Pinging is currently not allowed.