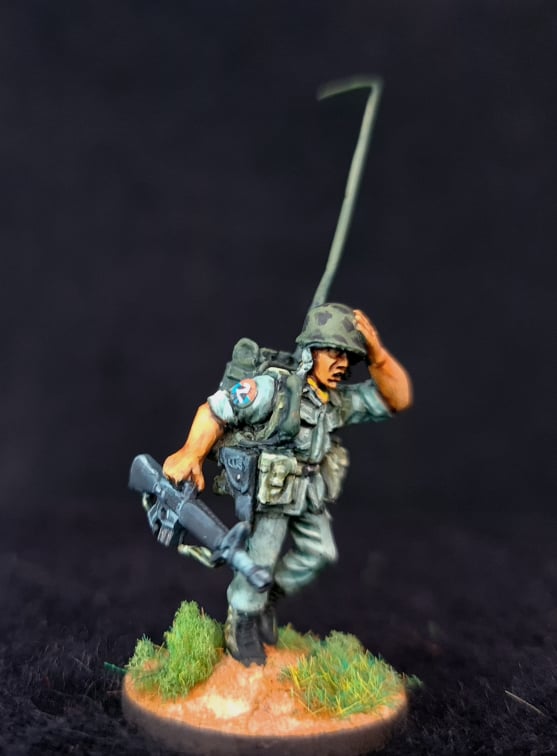 Part of a large mult-part rolling set of releases and available now from our webstore, the featured figure is an A.R.V.N radio operator advancing with purpose from the second battalion, 14th regiment, 9th division in action during the Lam Son 719 campaign in 1972.
More featured painted figures to appear on this site.
Figures from Gringo 40,s rapidly expanding 28mm Vietnam War range.

28mm Gringo40s modern News
This entry was posted on Wednesday, October 27th, 2021 at 17:53 and is filed under News. You can follow any responses to this entry through the RSS 2.0 feed. You can skip to the end and leave a response. Pinging is currently not allowed.