Gringo40's will be releasing a New Napoleonic Guard cavalry unit in the form of the Dutch lancers of the Guard, also known as the Red Lancers. First up an image of a trooper in full dress charging.. 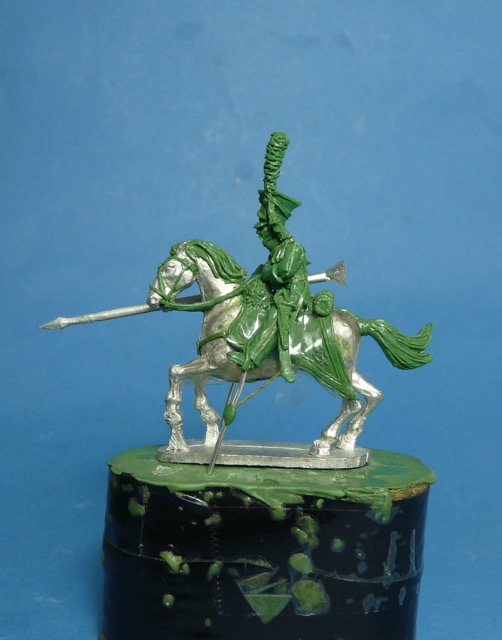 Our troopers will have separate arms to give wide variance in units... a second trooper has also been sculpted with lance up on a walking horse. Much more to follow for this famous and colourful regiment!

28mm Gringo40s historical News
This entry was posted on Thursday, August 3rd, 2017 at 10:34 and is filed under News. You can follow any responses to this entry through the RSS 2.0 feed. You can leave a response, or trackback from your own site.