Sometimes called the Ludendorff Bridge and sometimes called the Remagen Bridge,  In early March 1945 this was one of two remaining bridges across the River Rhine in Germany when it was captured during the Battle of Remagen by United States Army forces during the closing weeks of World War II. Built in World War I to help deliver reinforcements and supplies to the German troops on the Western Front, it connected Remagen on the west bank and the village of Erpel on the eastern side between two hills flanking the river. 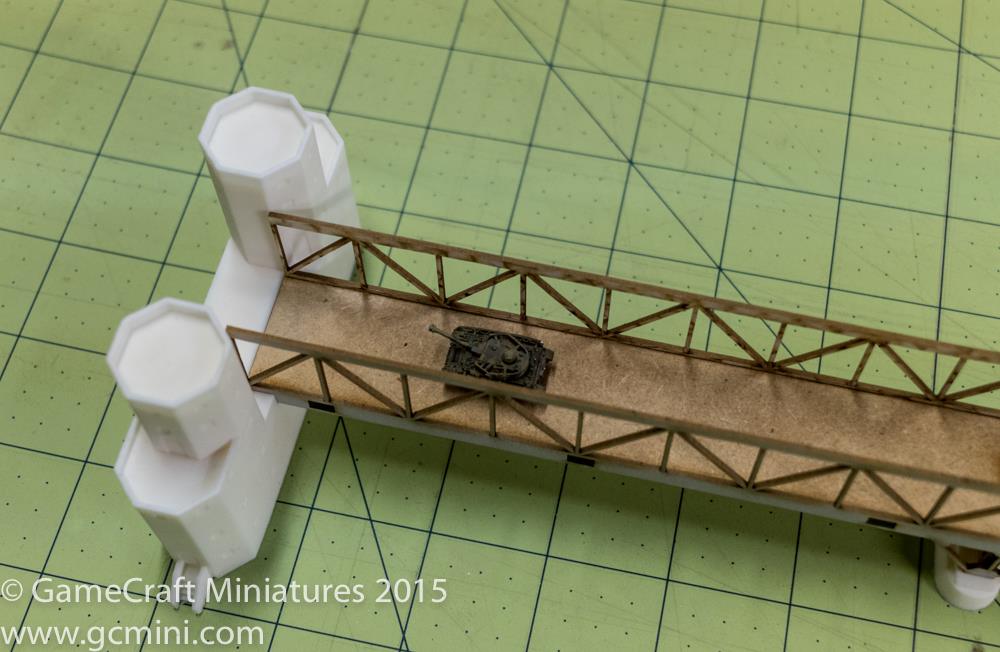 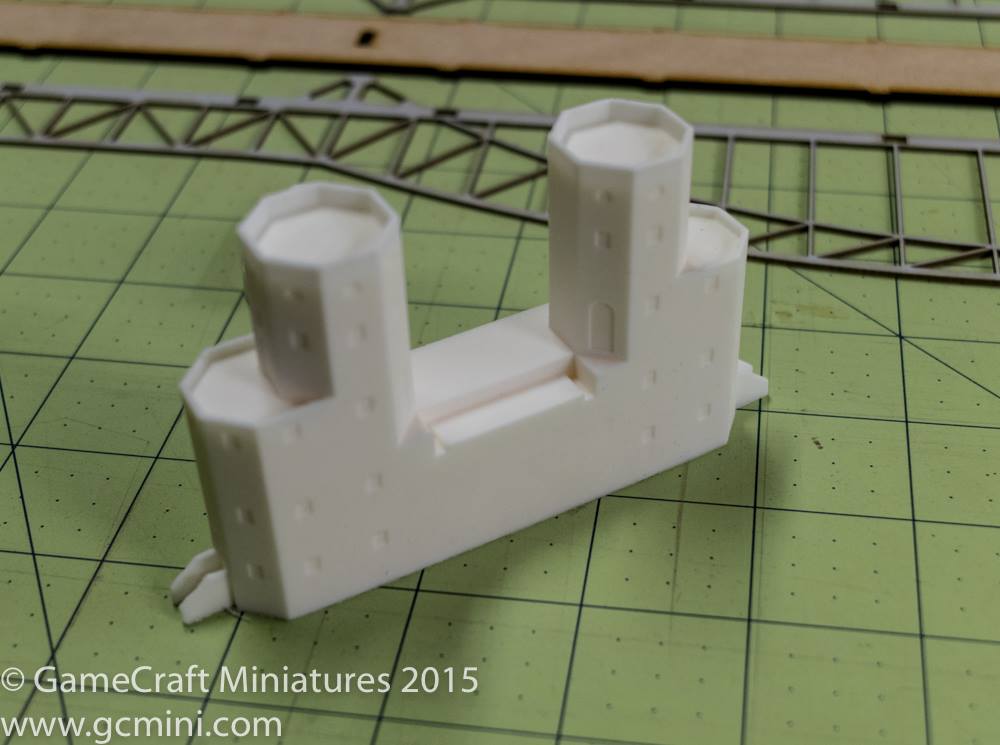 Model is made from a variety of materials:

6mm gamecraft miniatures historical News
This entry was posted on Friday, January 15th, 2016 at 10:38 and is filed under News. You can follow any responses to this entry through the RSS 2.0 feed. You can leave a response, or trackback from your own site.