After the success of our recent Militia Miniatures Kickstarter, we are pleased to announce that the figures have now been released and available to everyone!

This range of character figures are perfect for any modern or even post-apocalypse setting, fitting in nicely with many of the popular ranges on the market. For the full list, head over to the Militia Miniatures section of the Minibits website

Andersen
Intelligent and careful, Andersen can always be relied on in a tight spot. Easygoing and laid back, he'll take the time to assess the situation before going in. 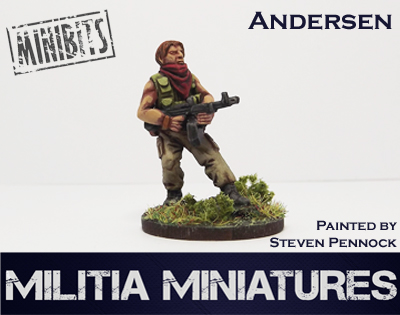 Bennett
Bennett has one motto in life: 'The bigger the problem, the bigger the gun.' He might not be the sharpest tool in the box, but you'll certainly want him around when the bullets are flying! 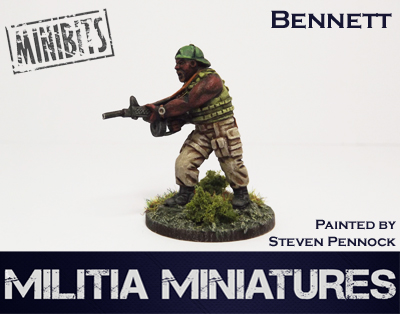 Charlie
Being the only girl in the group could have been a difficult job for Charlie, but from the minute she gave Bennett a wedgie she was accepted as one of the guys. 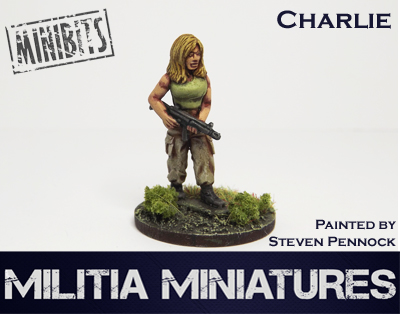 Connor
Connor is a bit of a practical joker and enjoys winding the others up whenver he can. When it's time to work though, he is efficient and reliable. Ghost
A master of field craft, Ghost can disppear into his surroundings easily and keep himself concealed for days on end. His patience and precision make him a highly valued member of the team. 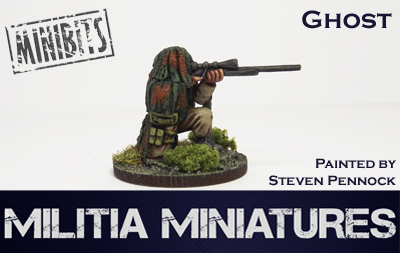 Goldman
Every team needs someone to look after the money and keep the jobs coming in. With contacts around the world, Goldman can always find another tricky situation to throw the team into. 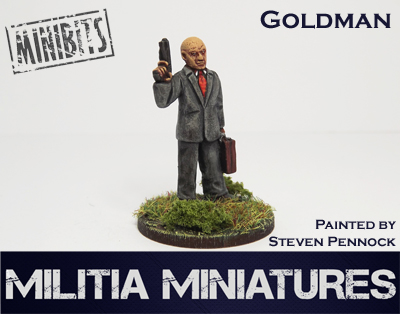 Granger
The most senior member of the team, Granger is a respected veteran who has been there, done it and gone back for more. 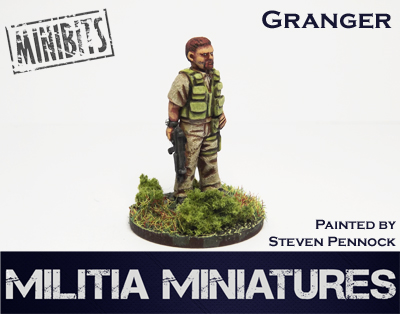 Mason
Trained in a variety of hand-to-hand combat techniques, he's still a dangerous prospect even when disarmed. He's also second-in-command to Granger and is deathly serious about what he does. Rodriguez
Sullen and moody on the outside, this skilled knifeman is certainly not to be messed with. He doesn't stand for any nonsense at work and is fiercely loyal to his friends. Strike
Strike is the techguy, and one of the few in the group who knows what a 'Tweet' is. It's taken a while, but he's slowly dragging the group into the 21st century with some handy gadgets. 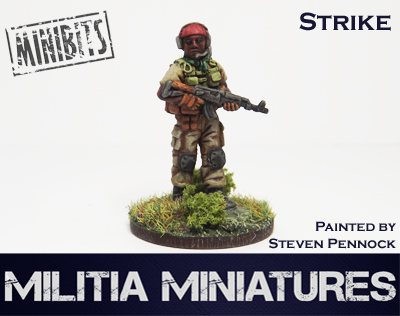 We've also got some handy scenic items as well, from sacks and boxes through to crates and oil drums! 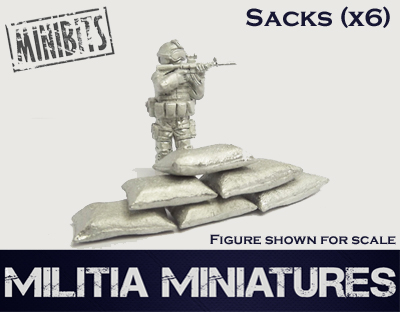 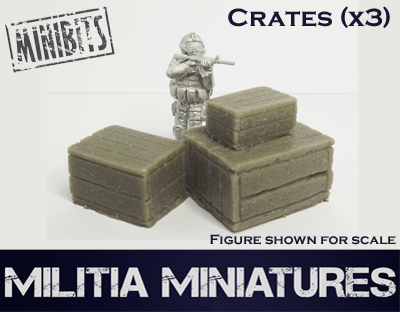 28mm militiaminiatures minibits modern New Release Sci-Fi
This entry was posted on Tuesday, December 2nd, 2014 at 09:28 and is filed under News. You can follow any responses to this entry through the RSS 2.0 feed. You can skip to the end and leave a response. Pinging is currently not allowed.