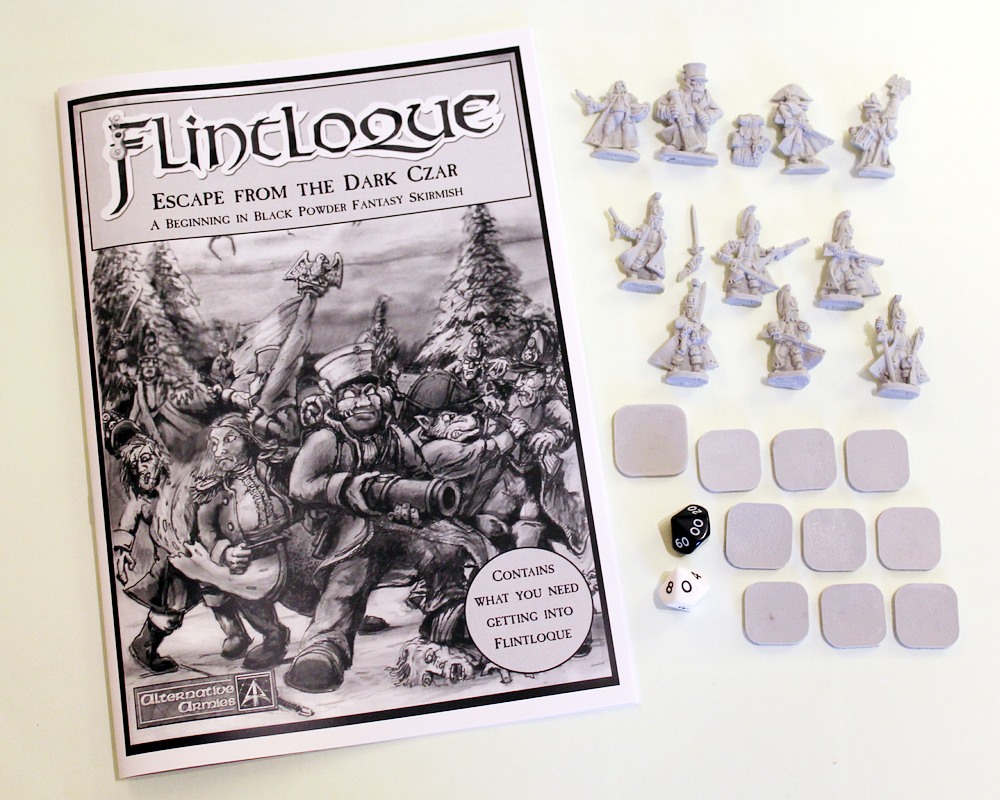 5024 Escape from the Dark Czar is now released!

A beginners set for Flintloque the Skirmish with a core twenty page booklet along with ten new resin 28mm miniatures, ten bases and two dice. Take command of Elvish General de Brigade Hugo Saindoux and his three fellow survivors as they attempt to evade death and escape from the Witchlands. On their heels are a group of Savant Zombies, the finest Undead in the ranks of the Dark Czar led by Captain Preserovitch.

Your jumping off point for getting into the Mordredian Wars in the World of Valon!

Click through for more including getting the booklet as a download and the mega folder of free files!

28mm alternative armies Flintloque New Release
This entry was posted on Friday, January 27th, 2017 at 12:08 and is filed under News. You can follow any responses to this entry through the RSS 2.0 feed. You can skip to the end and leave a response. Pinging is currently not allowed.