New Miniatures for a New Site

Here at TAG we know its all about the Miniatures, so as well as offering you the best in on-line experience, we are also adding NEW miniatures to our massive Renaissance range.

To celebrate going live with our new Membership site we are releasing three new packs of Renaissance Character Generals, two of which come from last years Tudor Project, and one from... well I'll tell you about that when we get there... firstly...

The Faerie Queen
One miniature we were asked quite a lot for on the Tudor Project was an Elizabeth I. There were a number of possible options, including a strictly historical model, a Spenser type Faerie Queen, a Jackson-esque Virgin Queen, and many more, but one kind backer put his money were his mouth was and asked for a more modern, cinematic Queen, so thats what we have.
REN437 The Faerie Queen, Robert Dudley and staff 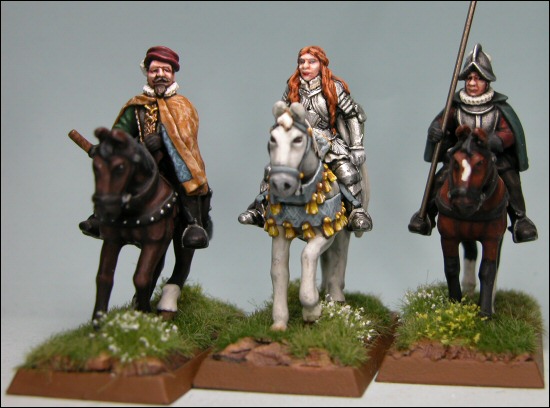 Vlad Dragkwlya, Bride and Hungarian Boyar
This set of three miniatures comes for deep in the TAG archive, once upon a time, TAG were in conversation with ex-Games Workshop sculptor Shane Hoyle to work on a range of 15thC Turks and Transylvanian for the bloody wars of Ottoman expansion, unfortunately Shane had other commitments and these three miniatures all we have of 'what might-have-been'. Vlad Dracul, known as tepes, his lady and a Hungarian Boyar make up the pack
REN360 Vlad Drakul, Bride and Boyar. 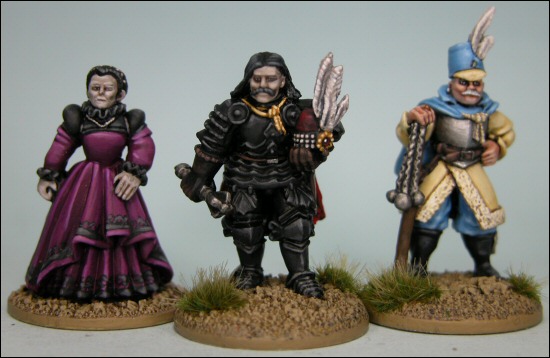 Click the images to go them on the site

Or click HERE to go to the site news page.

28mm historical New Release TAG The Assault Group
This entry was posted on Wednesday, September 10th, 2014 at 18:14 and is filed under News. You can follow any responses to this entry through the RSS 2.0 feed. You can skip to the end and leave a response. Pinging is currently not allowed.

5 thoughts on “New Miniatures for a New Site”