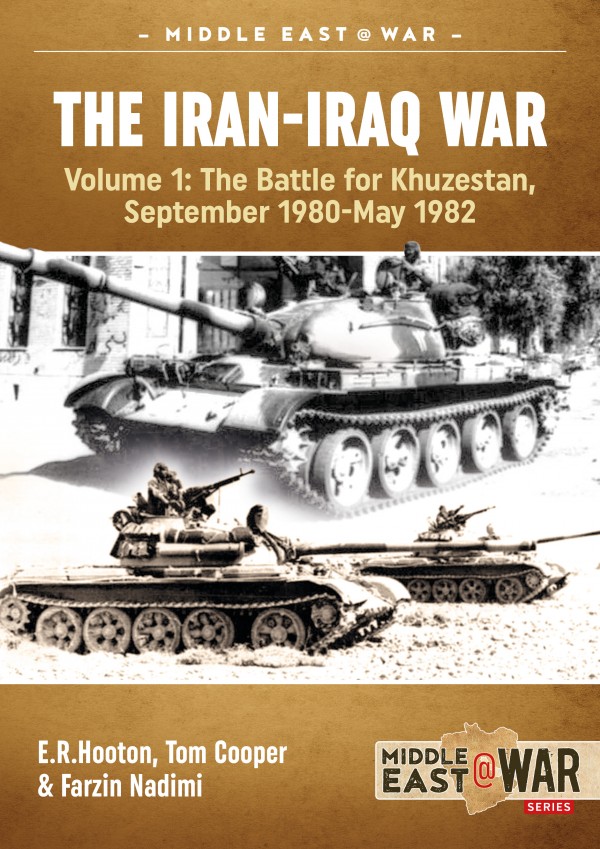 MIDDLE [email protected] 5: THE IRAN-IRAQ WAR. VOLUME 1, THE BATTLE FOR KHUZESTAN, SEPTEMBER 1980-MAY 1982
The Iran-Iraq War was one of the bloodiest conflicts of the 20th century and accidentally created the current nightmare of Islamic fundamentalist terrorism. There have been many books on the conflict, but this is the first detailed military history using materials from both sides, as well as materials obtained from US intelligence circles and British governmental archives. It provides a unique insight into a war which began through miscalculation and rapidly escalated into the longest conventional conflict in the post-Second World War era. The first volume looks at the background and describes in detail how Saddam Hussein decided to invade, but hamstrung, the Iraqi Army to restrict its greatest success to a narrow strip of territory in Iran’s southern province of Khuzestan. This left the Iraqis unable to either advance or withdraw, and exposed them to ever greater and more successful Iranian counter-strokes which drove them out in May 1982 in the ferocious Battle of Khorramshahr.

“...this book is jam packed with excellent information about the early stages of the Iran-Iraq War and I look forward to seeing future volumes.” Military Modelling

Helion & Company modern New Release
This entry was posted on Wednesday, February 1st, 2017 at 11:01 and is filed under News. You can follow any responses to this entry through the RSS 2.0 feed. You can skip to the end and leave a response. Pinging is currently not allowed.