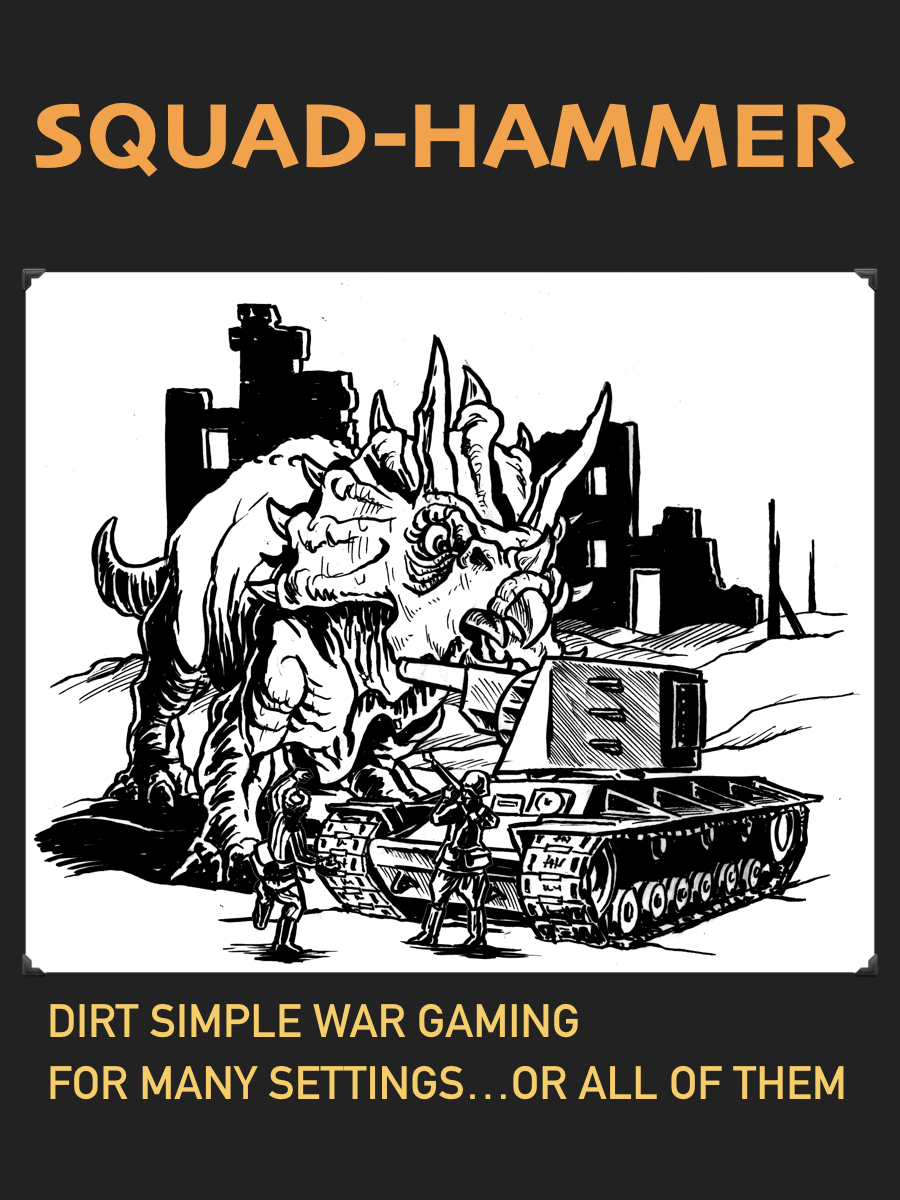 What does the rubble of Stalingrad, Vietnam, the far future and sword wielding dinosaur hunters have in common?

You can play all of them (and more) using Squad-Hammer!

Aimed at friendly, casual games by people who are interested in easy rules, Squad-Hammer can be summarized on a single sheet of paper.

Inspired by systems such as "One hour wargames", "I ain't been shot mum" and "FUBAR", the rules use a simple universal combat system, relying on player judgement to set target numbers.

(Though don't fear, we do provide "canned" target numbers if you prefer to have the book do it)

The book includes a quick mission system (with victory points) and campaign rules, options for off-table support and a big section on creating your own units, from T-72 tanks to fire-breathing aliens.

We round things out with a points system to calculate the rough effectiveness of troops and of course the mandatory NWG optional rules chapter, letting you customize the game to your liking.

Squad-Hammer is a call-back to an older, more casual style of gaming: A game where having a fun battle takes precedent over aggressive competitiveness and where the rules support your model collection.

Standard units can be any size you like. The default is squads of 5-8 infantry models or single vehicles/monsters but nothing would stop you from playing with individual models (Man to Man) or using troop stands with multiple figures per stand).

Note that unlike some of our games, Squad-Hammer does NOT include explicit solo mechanics though due to the simplicity of the mechanics, it is very easy to play with one player controlling both sides.

New Release Nordic Weasel Games
This entry was posted on Tuesday, October 3rd, 2017 at 09:19 and is filed under News. You can follow any responses to this entry through the RSS 2.0 feed. You can skip to the end and leave a response. Pinging is currently not allowed.