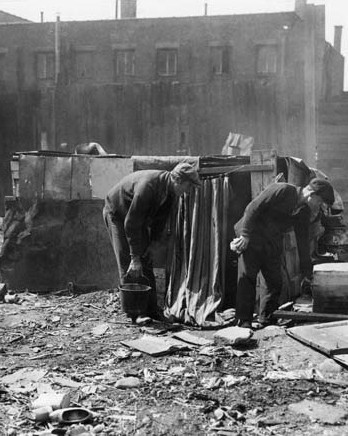 In the United States?

Defend the streets of New York from the reds, storm the barricades of the fascists in Chicago or secure Austin for the new Socialist Motherland.

Union in Despair is a FiveCore campaign dealing with street fighting at the dawn of the second American civil war. As always for FiveCore that means squad level skirmishing, roleplay aspects and campaign play.

I've decided to make the BETA version available for sale now. While playable, the campaign rules and many individual components are not yet done.

By buying in now, you'll get to help provide feedback as well as get the updates as they are developed, all delivered automatically to your wargamevault account.

(You also get it cheaper than if you wait until it's done, I imagine the final price will be around 10 dollars)

modern News Nordic Weasel Games PDF
This entry was posted on Wednesday, November 12th, 2014 at 09:25 and is filed under News. You can follow any responses to this entry through the RSS 2.0 feed. You can skip to the end and leave a response. Pinging is currently not allowed.