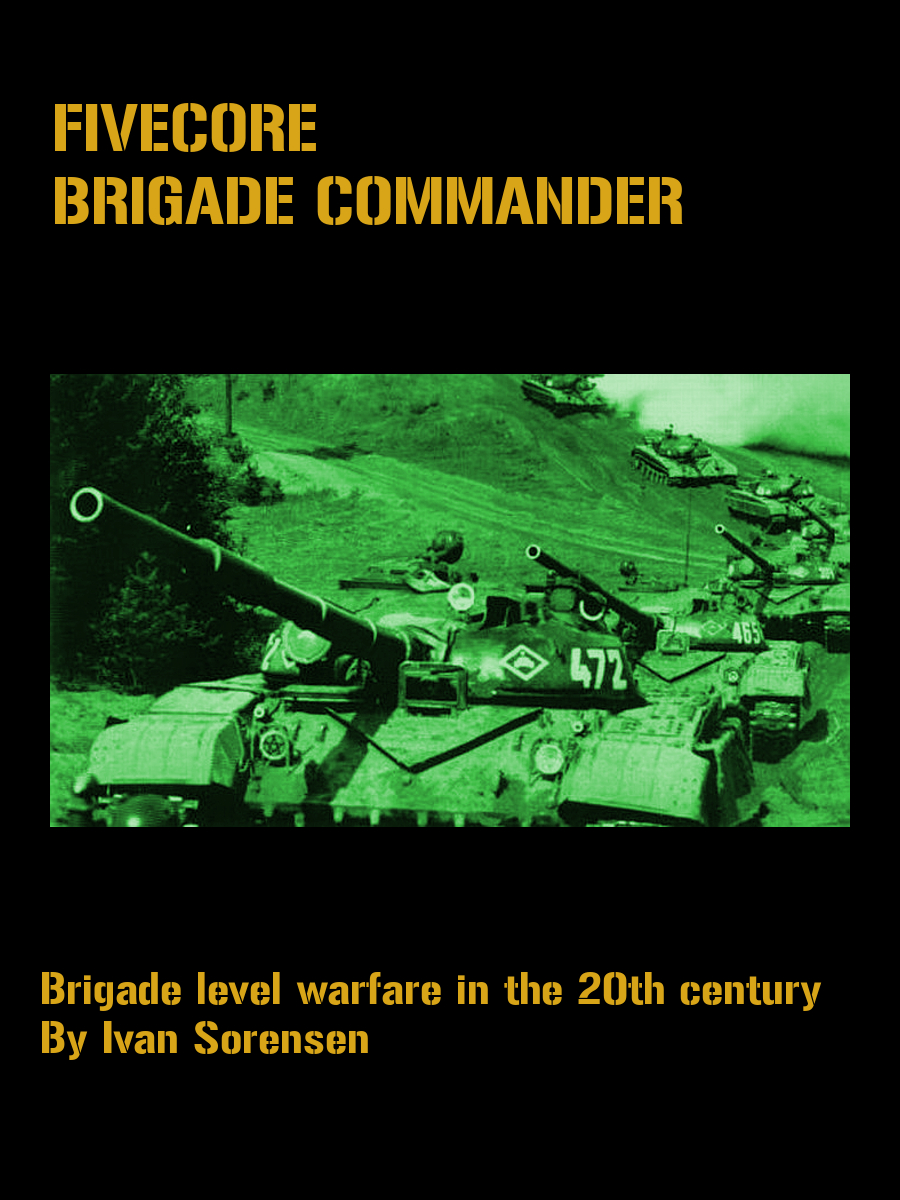 "Colonel, we have contacts all along the front. The enemy is advancing along multiple routes of attack. What are your orders?"

FiveCore Brigade Commander puts you in the largest-scale FiveCore game yet.

Each stand is a company, supported by platoon level attachments. A typical game fields a brigade/regiment on each side and is playable in an hour to an hour and a half on a 3x3 foot table or even smaller.

With the fast playing FiveCore mechanics, you have an unpredictable turn sequence, forcing you to adapt to the unfolding battle and a quick firing mechanic that tells you immediately what happened, without any follow-up damage rolls or morale tests.

Covering from the inter-war period to the present day, Brigade Commander also includes campaign rules, reference sheets, tools for solo play and a scenario generator for the complete gaming experience.

Whether you are interesting in world war 2, cold war or imaginary conflicts between made-up countries, Brigade Commander will help you put your toys on the table and getting a game going with as little difficulty as possible.

New Release Nordic Weasel Games PDF rules
This entry was posted on Tuesday, March 10th, 2015 at 09:06 and is filed under News. You can follow any responses to this entry through the RSS 2.0 feed. You can skip to the end and leave a response. Pinging is currently not allowed.