On March 20th, six mounted plains warriors are being released by Knuckleduster as part of the Gunfighter's Ball product line. These six correspond to the six dismounted characters in the Plains Warriors faction pack released last month.

More Native Americans, as well as U.S. Cavalry and settlers will be released in 2020 as Gunfighter's Ball expands to include this large and important part of the story of the western expansion. 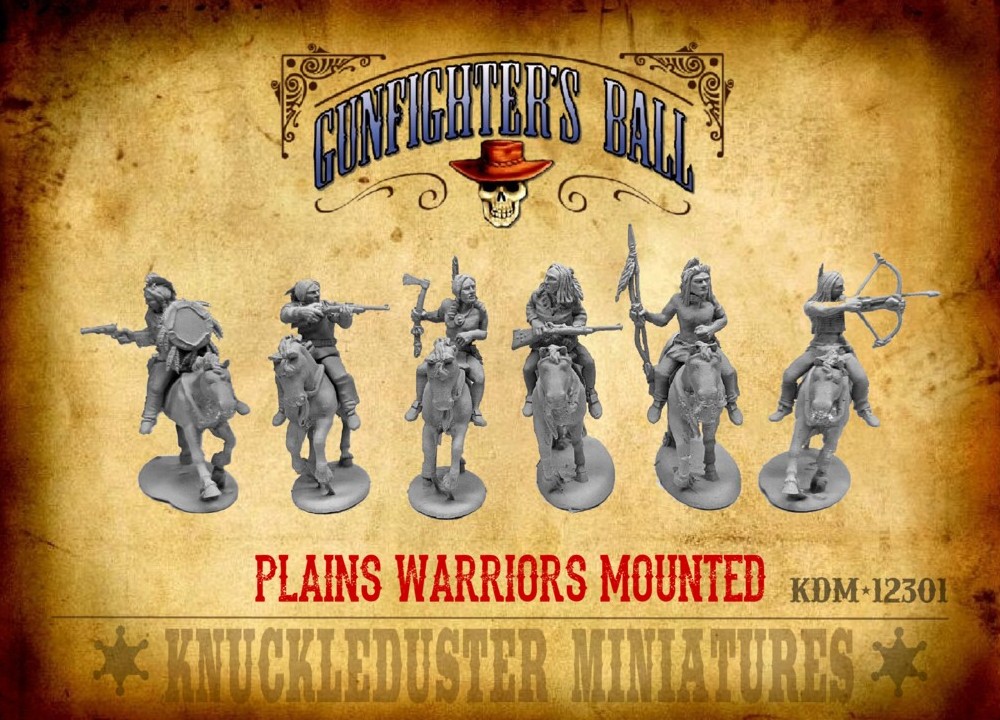 These will be available through Knuckleduster as well as numerous fine retailers both online and on a Main Street near you.

28mm Knuckleduster Miniatures New Release western
This entry was posted on Friday, March 13th, 2020 at 10:49 and is filed under News. You can follow any responses to this entry through the RSS 2.0 feed. You can skip to the end and leave a response. Pinging is currently not allowed.