This We’ll Defend Available For Free 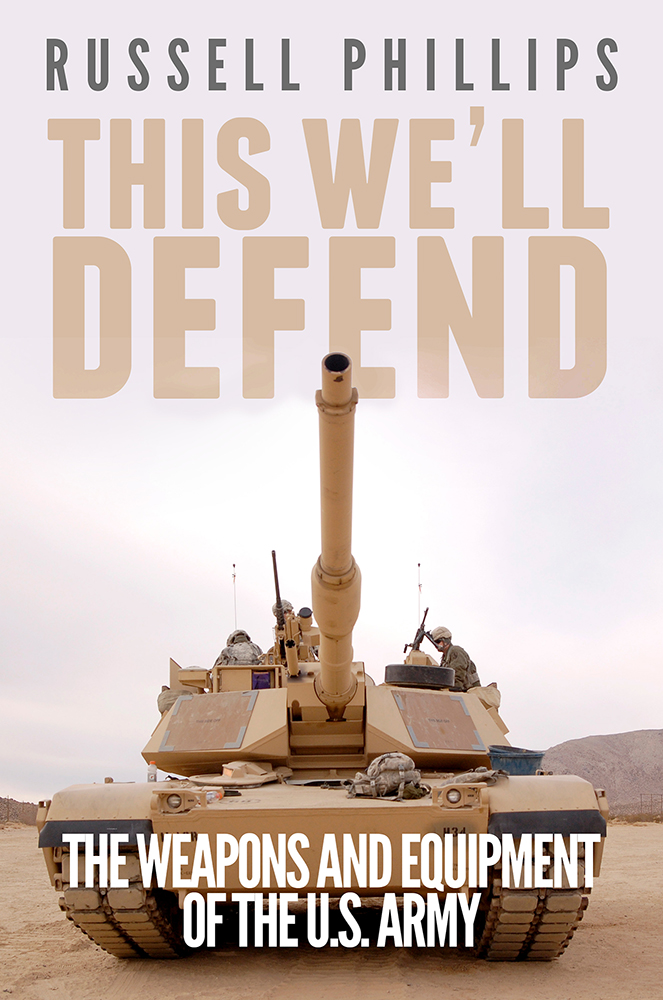 The U.S. Army is the best-equipped force in military history, from the simple bayonet to multi-million-dollar technological marvels like the M1 Abrams tank and Apache Longbow helicopter.

This We’ll Defend outlines the most important weapons and equipment the Army currently uses. All facts, figures and images in this ebook are direct from publicly available Army sources, edited and annotated to form a short, easy-to-use but comprehensive reference.

No End in Sight released! 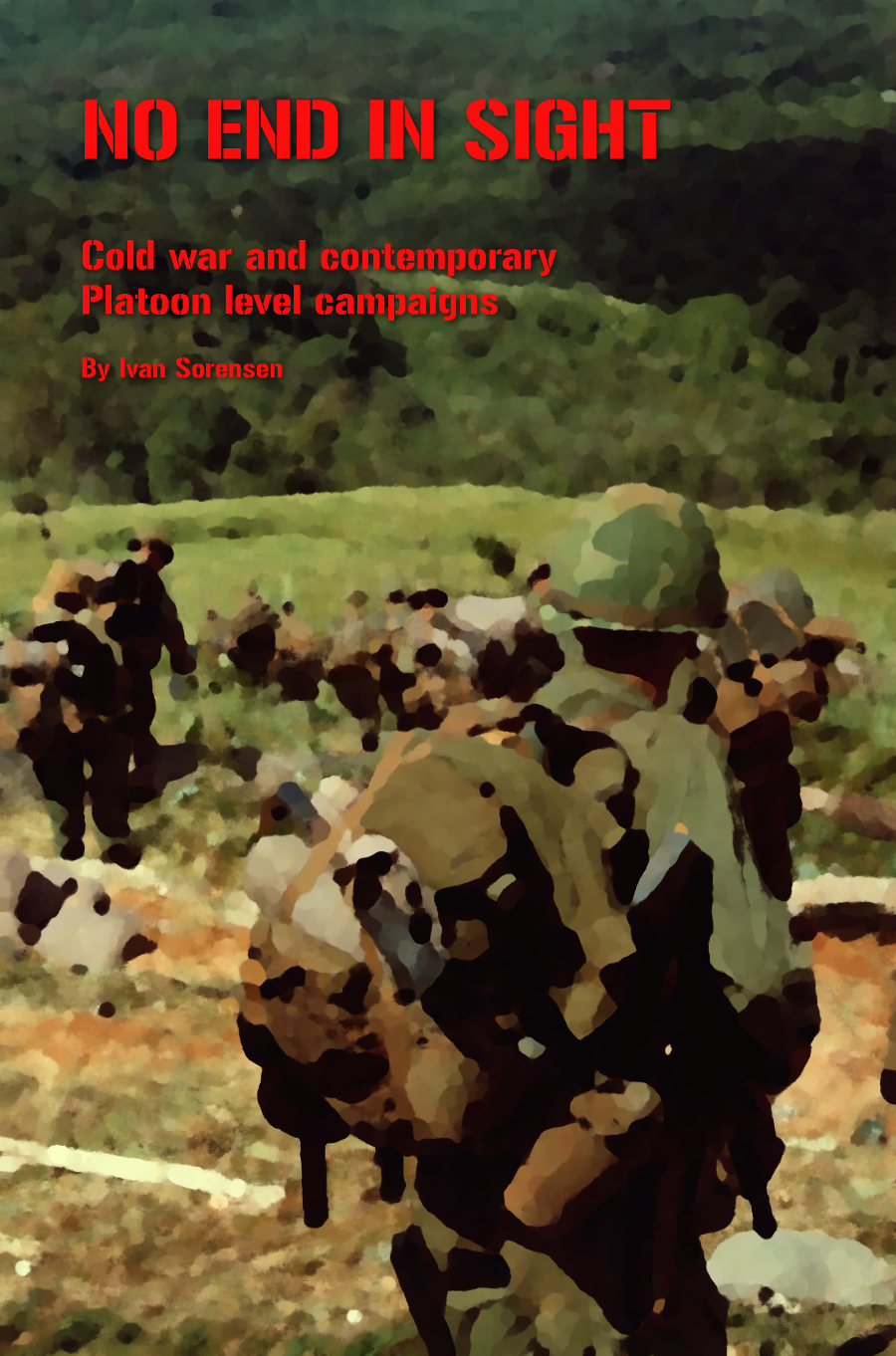 The M113 is burning behind you, the Reds are coming on strong. the platoon is in bad shape and mortar support is nowhere to be seen.

As platoon commander, you have to rely on your squad leaders to push your troops forward, lay down suppressing fire and win the fire fight.

No End in Sight is a comprehensive guide to contemporary, cold war and near future combat. Lead an infantry platoon through random battles, several campaign styles or scenarios of your own design. Track the progress of your squad leaders as you play.

The rules feature an innovative activation and reaction fire mechanic that leaves you making important and tough choices constantly. Know when to push and when to hold off. Your men have to last for a long fire fight and you may run out of steam when you least expect it.

Combat is written to produce a fairly realistic level of casualties. Most fire will serve to pin and suppress the enemy with modest casualty rates until you close to assault.
Command battle hardened professionals and insurgent militia, dismantle IED's, call in artillery fire, evac the wounded and take on enemy tanks. It's all covered.

The rules are written to be both playable and enjoyable on a small gaming space, using approximately a platoon plus appropriate supports, APC's and assorted vehicles on each side.

Run your own invented campaign or use the included systems to:

*Fight to prevent the "Domino Theory" from coming true.

*Engage the NATO/Warsaw Pact while hoping the conflict does not escalate out of control.

NOTE:
This is not a FiveCore system. It's an original, stand-alone game.
Suitable for any individually based miniatures.

Available from Wargame Vault for $14.99. 73 pages of gaming goodness.

Shilka now has two bundles on Wargame Vault, with savings of up to 40% off the usual price!

Free for a limited time! Black Games Company is proud to announce our latest release: 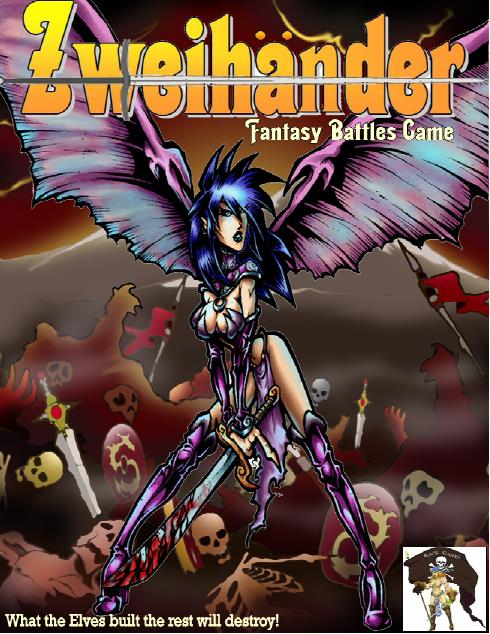 Remember all offers must end so hurry! 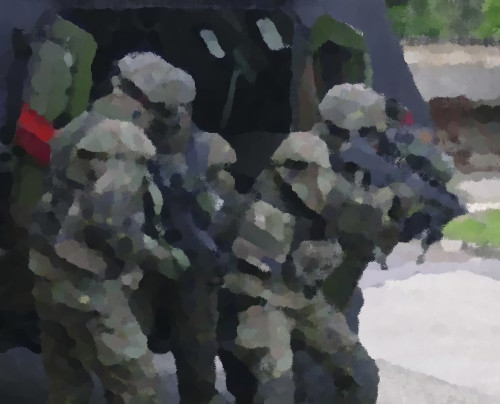 I've been working tirelessly on a set of platoon level modern day rules for war gaming. The goal is cold war and present-day and "tomorrow" gaming scenarios.

Figures are based individually and the game is suitable for pretty much any figures you have available, as long as you can make out individual figures and their equipment.

The rules aim at a game that is paced a bit differently than most war game rules:
Fire is largely suppressive with relatively few casualties.
Clever (If I say so myself) reaction fire mechanic.
Professional troops and insurgents function in different ways.
Activation system that reflects the importance of leaders and the stress of intense action on the squad leader.

Of course, the game will get the full Nordic Weasel treatment with campaign rules, a scenario generator and other cool bits.

Typical game size is about a platoon on each side.