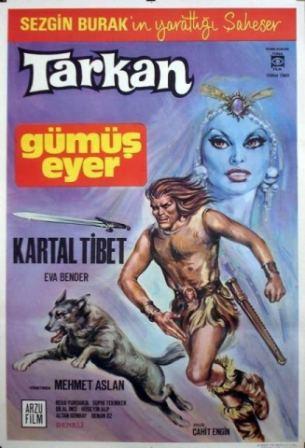 in 70’s Turkish cinema produced some “Tarkan” movies. Tarkan was a comic book character he is a Hunnic Turk. And he travels from Central Asia to Europe. They are not in English language also poor in production. But you can take a look.