Quite high on our list of ‘Aeronef models we really must remake’ are some of the small torpedo craft – the US and Japanese ones particularly, for which we’ve never had a reliable production mould. They’ve now moved from the must remake list to the finally done list, and at the same time we’ve been able to add a patrol boat to each nation’s fleet. We’ve also gone for the 3-models-on-a-sprue plan that we’ve used with other small boats, which makes handling easier for us and allows us to get moire models in a mould.

The US Great White Fleet get a replacement for the Hunley torpedo boat, which is slightly bigger than the original, along with the River class patrol boat on the same hull.

Japan gets replacements for the K-37 bomber and S-12 Torpedo boat, and gains the C-64 patrol boat, which is built on the K-37 hull.

Both side’s torpedo flotillas have been updated as well – they go up slightly in price, but you now get six torpedo craft per pack instead of five.

A belated Happy New Year to you all – I’ve been at the workshop this week clearing the orders that had built up while I’d been on my Christmas break, and I’m pleased to say that it’s pretty much all done.

This means that we can return to the normal Friday business of new releases. At the end of last year we suffered a slight technical hitch that meant that we had to replace a number of 3D printed masters, which in turn knocked our release schedule out a bit. So our releases for the start of this year aren’t necessarily those we’d originally planned – but since we never publish our schedule, no-one but us is affected by that ! But rest assured, behind the scenes here at Brigade, minor panic has ensued… 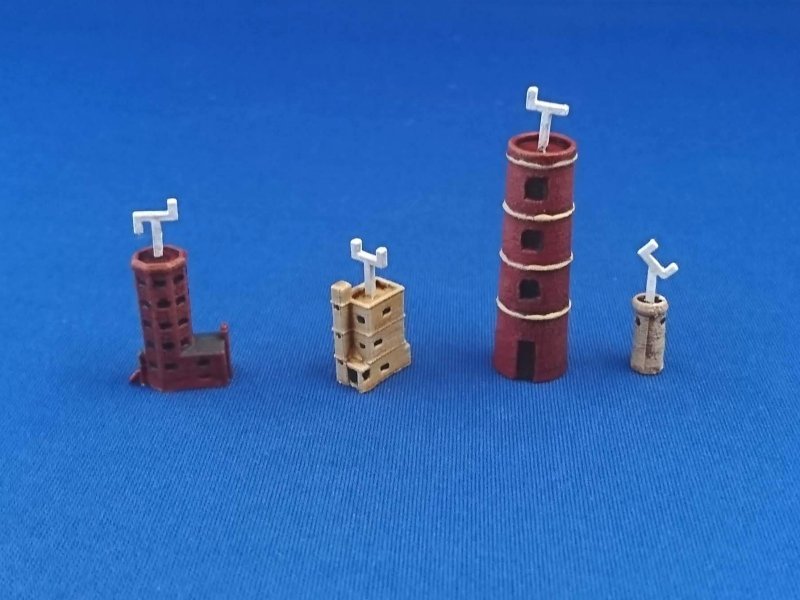 Today we have some 19th Century oddities in the form of some semaphore towers. Before the advent of wireless or telephones, semaphore towers were used to transmit messages over long distances, far faster than runners or even mounted messengers could manage. There were several systems, but one very common one was the Chappe system which used two wooden arms mounted on a crossbar – the angles of the three components resulted in the following alphabet: 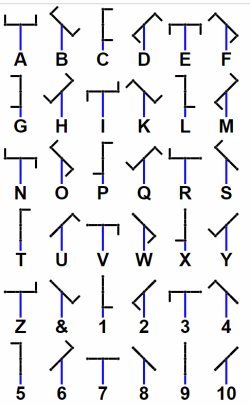 Our four models come from different parts of the world – the Chatley Heath tower was part of the London-Portsmouth line, while we also have models from France, Malta and India. Each model is supplied with a random signal arm (we have the letters ‘B’, ‘R’, ‘I’, ‘G’, ‘A’, ‘D’ and ‘E’ available) but scratchbuilding others from plastic strip should be a straightforward task.

I’ve finished painting the new Japanese Aeronef and these are ready to go at Tabletop Gaming Live.

There are four new models – from left to right these are the new Shinano class dreadnought, and new versions of the Yamashiro and Yashima battleships, and the Ryujo fleet carrier. We have stocks of all of these models and fleet packs (the only thing I didn’t manage was to create a new fleet pack with the Shinano in – that will have to wait until they hit the website next week).