Reply To: Ructions at Bell-End…

As is the way in this old and quaint little corner of our Septic Isle, things quickly return to what passes for normal in Bell-End. There is little evidence to be seen today of the momentous drama played out there. Constable Turner was awarded a posthumous George Cross, it can be seen in a mahogany display case in Abbot Fiddler’s church. When the terrible Lazoon creature met it’s end, Bert was released from his curse, and turned from a toad back into a Bert.
Constable ‘Ginger’ Hale, ‘Turnip’ Turner’s replacement, came across Bert after he’d had a convivial afternoon in the Knob. Bert received a stern lecture from the new Plod for letting ‘Temeraire’ have a piddle on the village pillar box…
These days, it’s all that passes for a ruction in Bell-End. 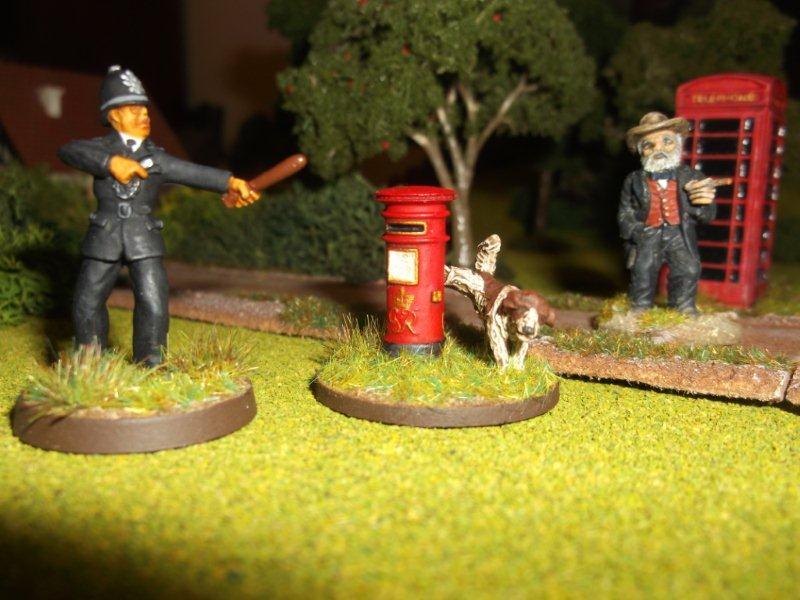