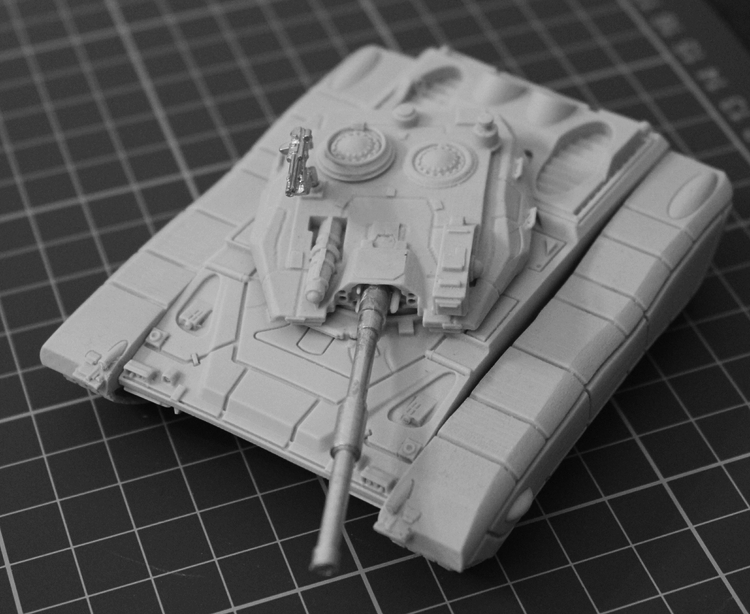 Two articles published on The Ion Age blog today. Too much awesome for one post only (actually too many pictures). In October 2015 we will be launching with offers the 15mm scale Taranis Tank designed by Bob Naismith. Five variants. Click through to see these vehicles now assembled for the first time and from there another article giving scale shots and details for all parts in all variants. Thanks. GBS 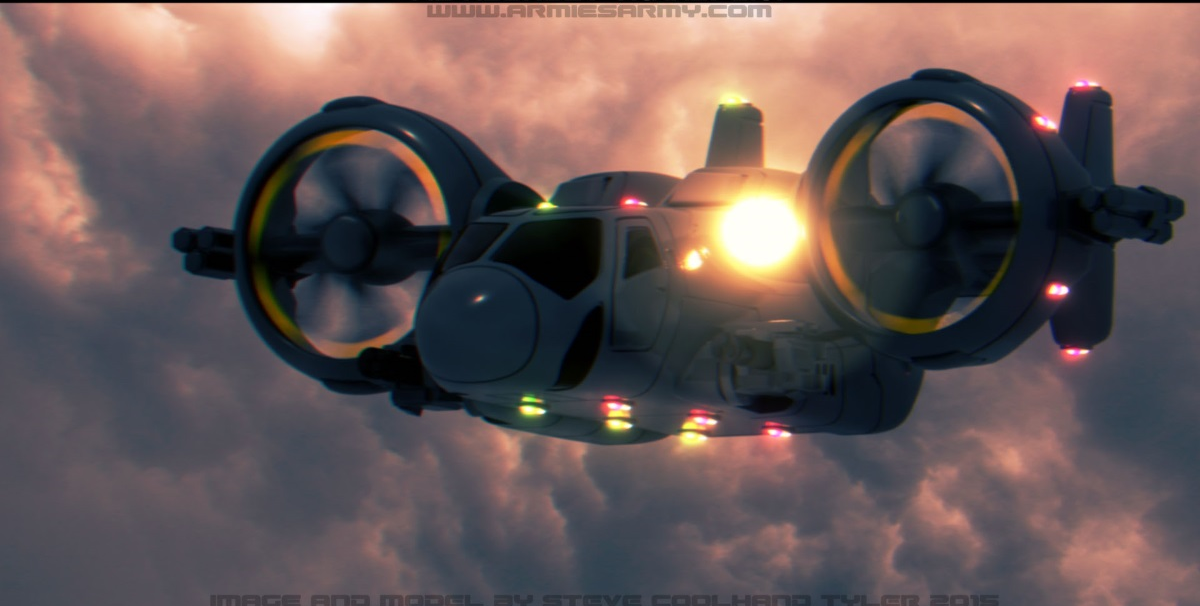 The Bell Boeing V-212 Pegasus is a United Nations multi-mission, tilt rotor military aircraft with both a vertical takeoff and landing (VTOL), and short take-off and landing (STOL) capability. It is designed to combine the functionality of a conventional helicopter with the long-range, high-speed cruise performance of a turboprop aircraft.
The V-212 originated from the United Nations Weapons Research laboratories which escaped damage during the ‘Great Purge’ due to its hidden location in the Eden Section. For takeoff and landing, it typically operates as a helicopter with the nacelles vertical and rotors horizontal. Once airborne, the nacelles rotate forward 90° in as little as 6 seconds for horizontal flight, converting the V-212 to a more fuel-efficient, high speed turboprop aircraft. STOL rolling-takeoff and landing capability is achieved by having the nacelles tilted forward up to 45°.Other orientations are possible, such as the "80 Jump" take-off which uses nacelles at 80° to quickly achieve high altitude and speed. 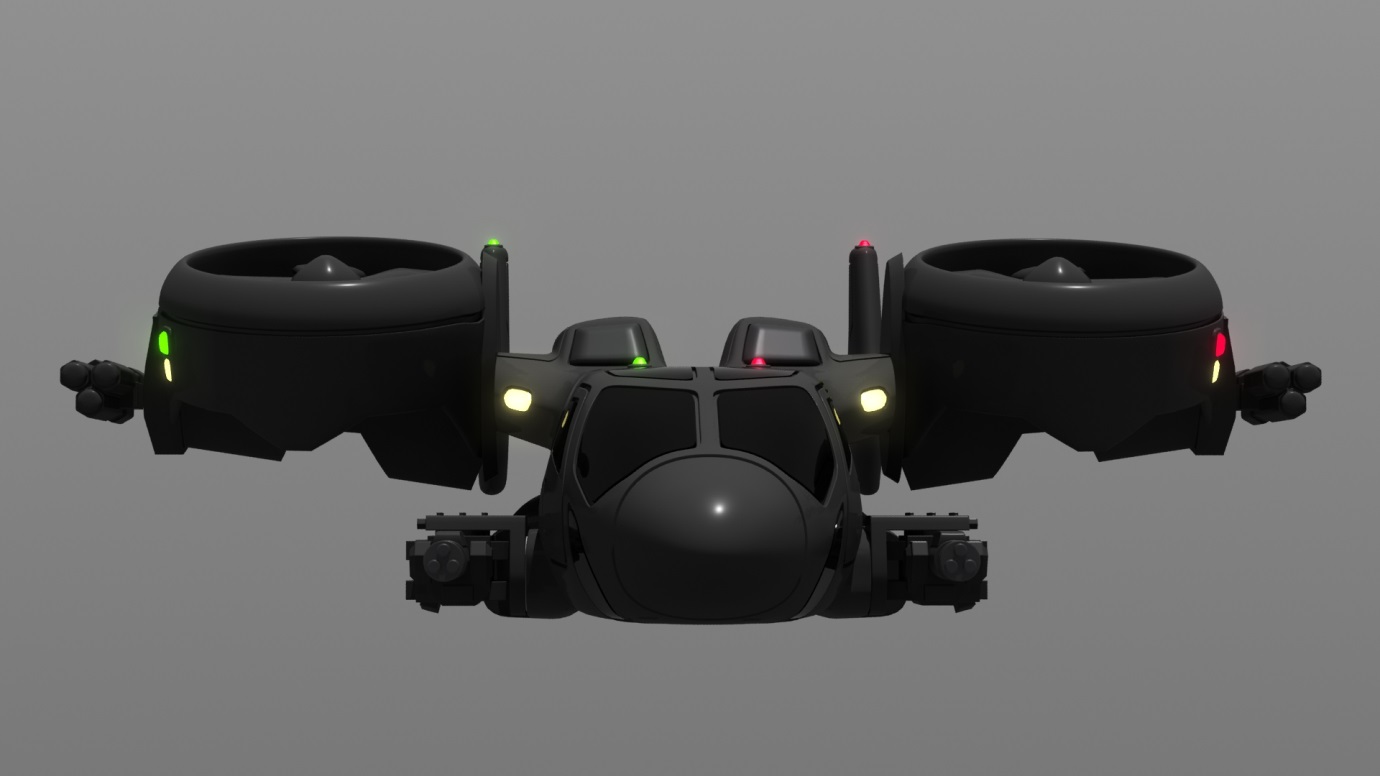 Composite materials make up 95% of the airframe, and prop rotor blades. Most missions use fixed wing flight 75% or more of the time, reducing wear and tear and operational costs.
The V-212 can carry a squad of 8 – 10 troops and its two pilots. For flak and infantry suppression the Pegasus is armed with dual 20mm Gatling cannon, controlled by the co-pilot and 6 multipurpose missile systems, 3 on each wing. Dedicated spec ops and Gunship versions are also under research at the UMWRL. A Quad aircraft is also under evaluation 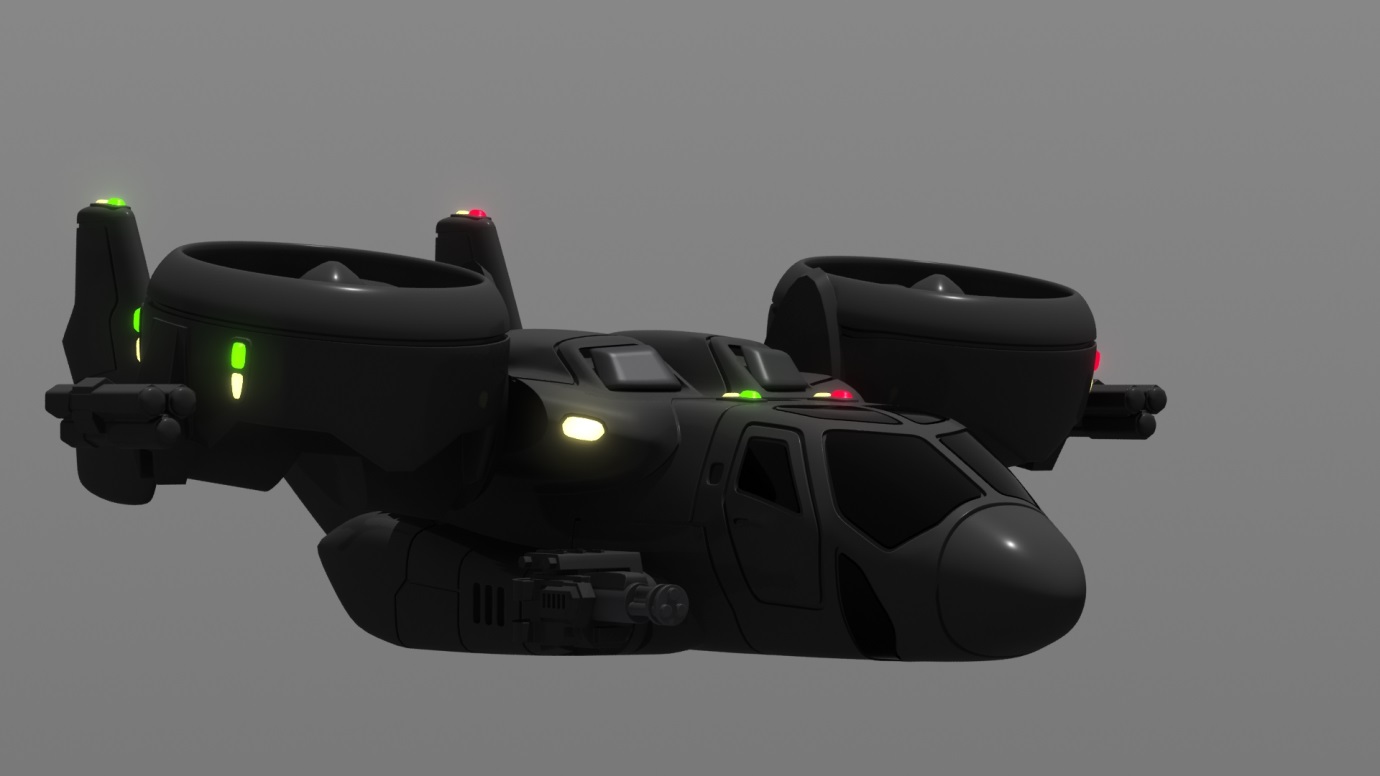 The V-212 Pegasus VTOL is ready for preorders at a special price of £12.99 (RRP is £13.99) or a pack of three for £37.50. Preorders will be open for three weeks and delivery will begin one week after if not sooner. Resin and metal casting are currently in progress. 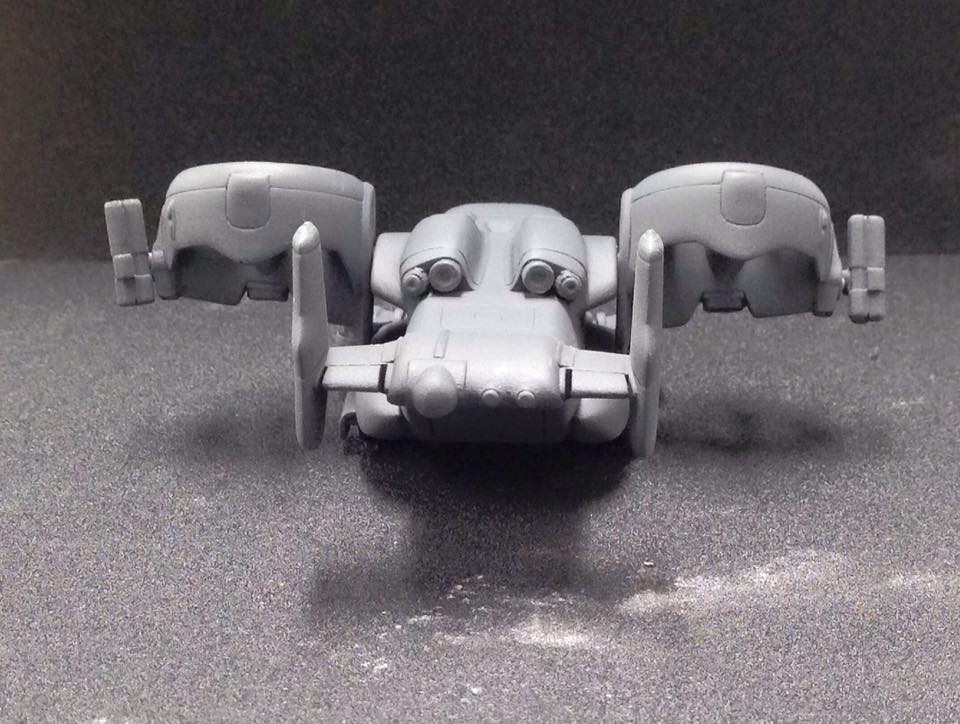 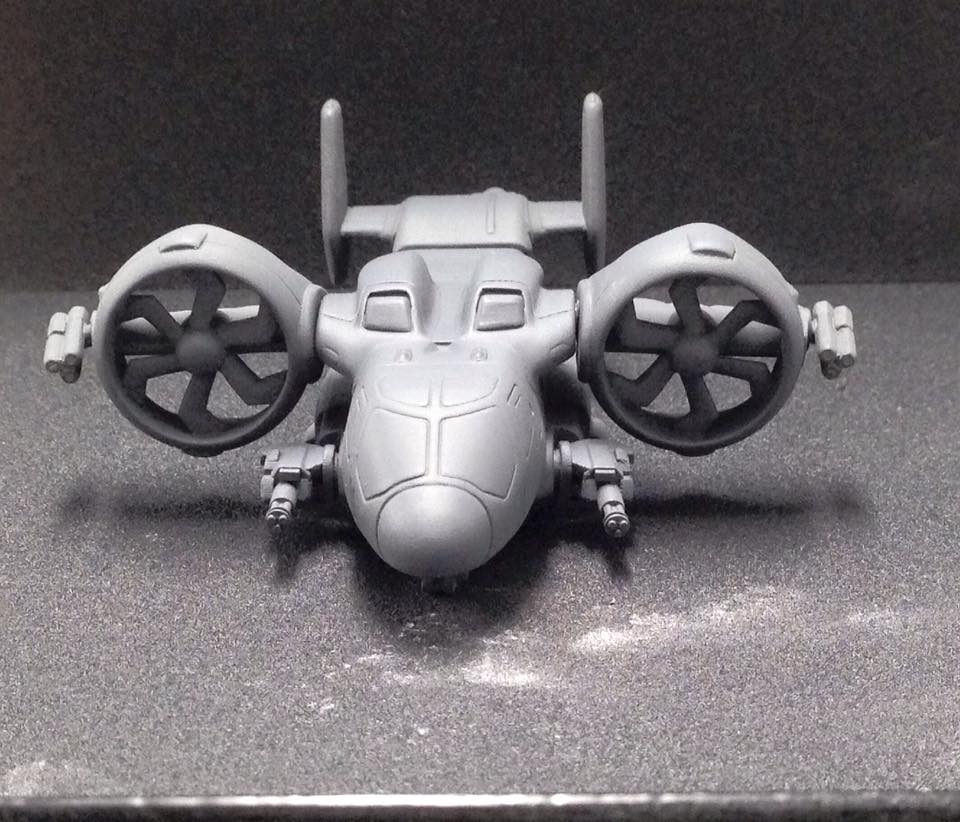 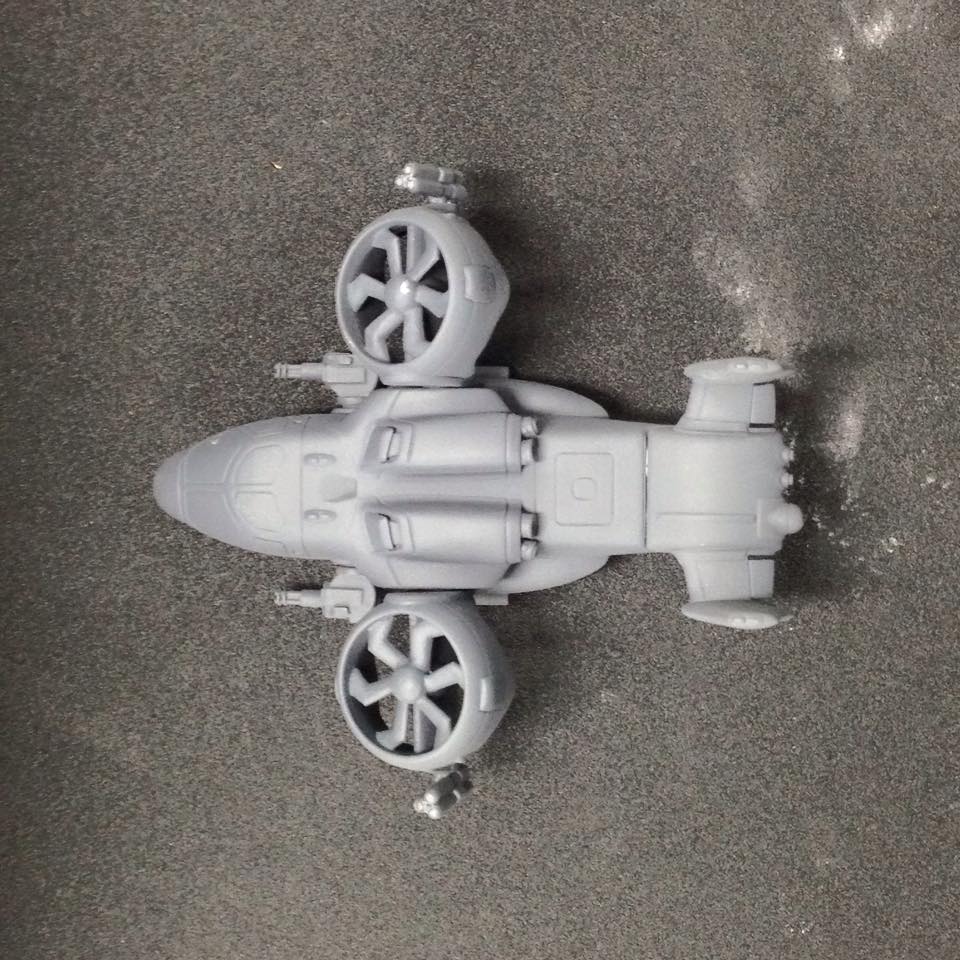 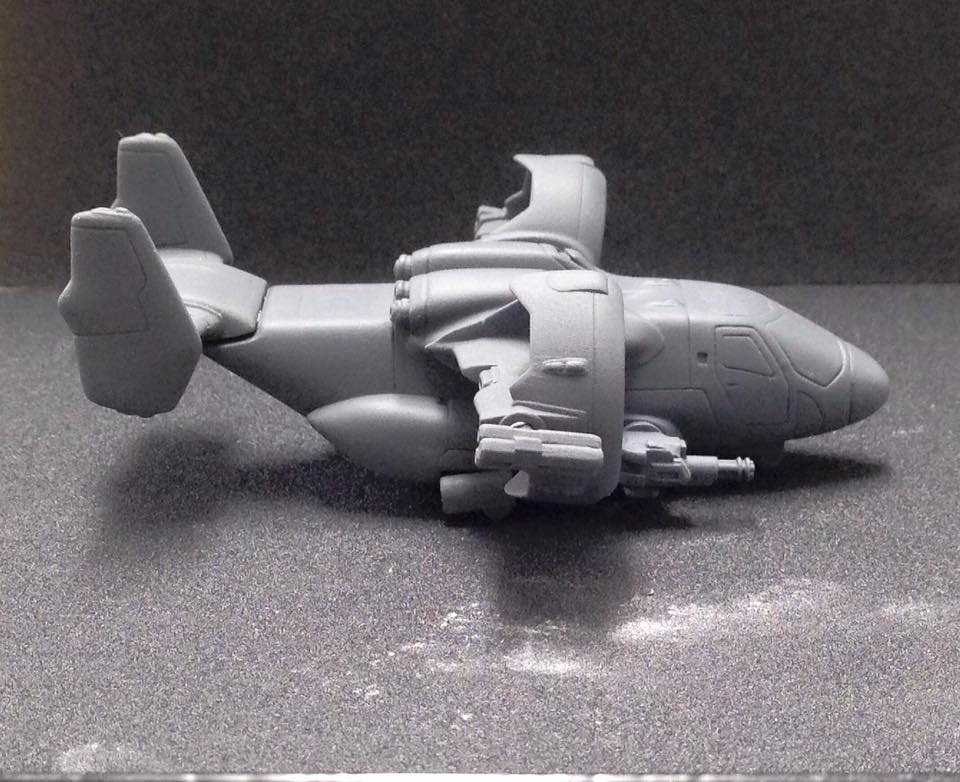 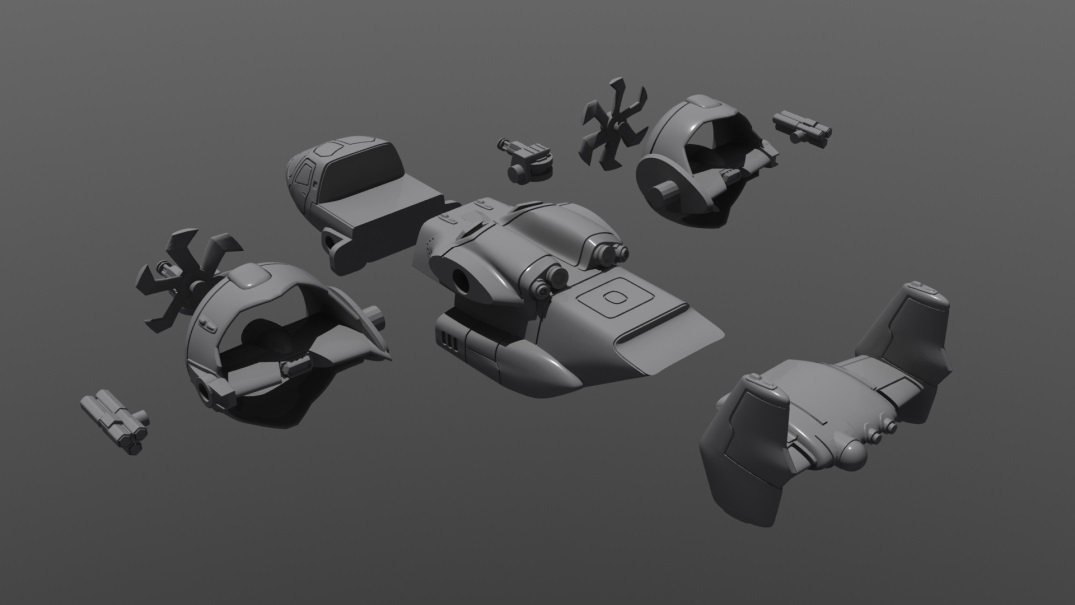 The Pegasus comes in several parts. Two tilt rotors, one hull, one tail and then two sets of undercarriage to represent them raised or lowered two Gatling Cannon and two rocket systems.

Thanks for supporting ArmiesArmy. I hope you like this as much as I do!
www.armiesarmy.com 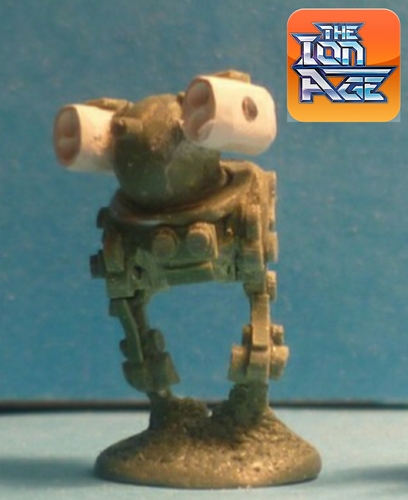 The Ion Age. A first look at greens and concept sketches by Bob Naismith for the Taranis Main Battle Tank running Drones. These 15mm drones are assigned to a tank and act as offensive and defensive 'guards' for the vehicle. There will be five different variants. To see all of the sketches and photos and to read more click through. Thanks. GBS

Skirmish gaming action just got even better.
Multiverse Gaming and Pulp Monsters are proud to announce our exciting new partnership.
Multiverse's Dark City line of terrain kits provides excellent scenery for building your own Pulp City, and recreating iconic Supreme versus Supreme battles.
Multiverse Gaming’s beautiful MDF buildings and Pulp City’s Supreme miniatures are a perfect match and we are looking forward to what this partnership will bring to our customers.
In the upcoming months, you can expect:
- Official demo terrain: EU stores stocking the Pulp City range will get access to a demo terrain kit, containing enough models to build a complete modern urban tabletop environment!
- Pulp City Landmarks: scenery kits inspired by Pulp City lore will become available as part of the Dark City terrain range. Ever wanted to put an Ashville Asylum, Wilson Tower or the Jade Dragon Restaurant on your tabletop? Now you’ll get a chance!
- Kitbash Sets: an array of custom signs and detailing parts with Pulp City-specific names and imagery will be added to the Dark City range to further enhance your Pulp City gaming experience!
- Pulp City tokens and templates: Multiverse Gaming will produce a dedicated range of acrylic templates and tokens designed specifically for the Pulp City games!
Stay tuned to our Facebook pages, Websites, Forums and Twitter feeds for further announcements over the next few months."

I've painted up some tank riders (I'm quite pleased) and the masters are being dropped off at the mould makers tomorrow evening.
I hope they will be ready for action and release for the great Blast-Tastic! show in Bristol on October the 3rd. 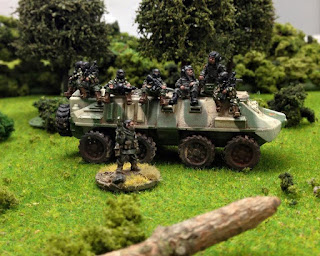 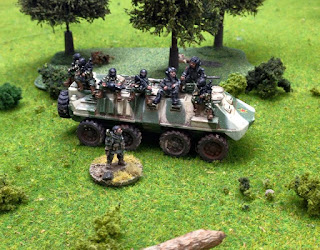 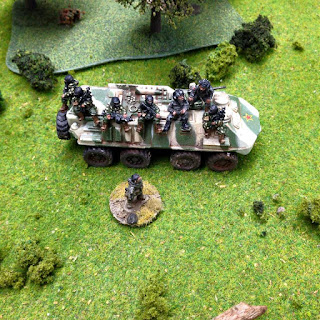 The figures will available in a variety of packs and options 🙂