Thanks peeps, the adventure continues……..however the conclusion is near. 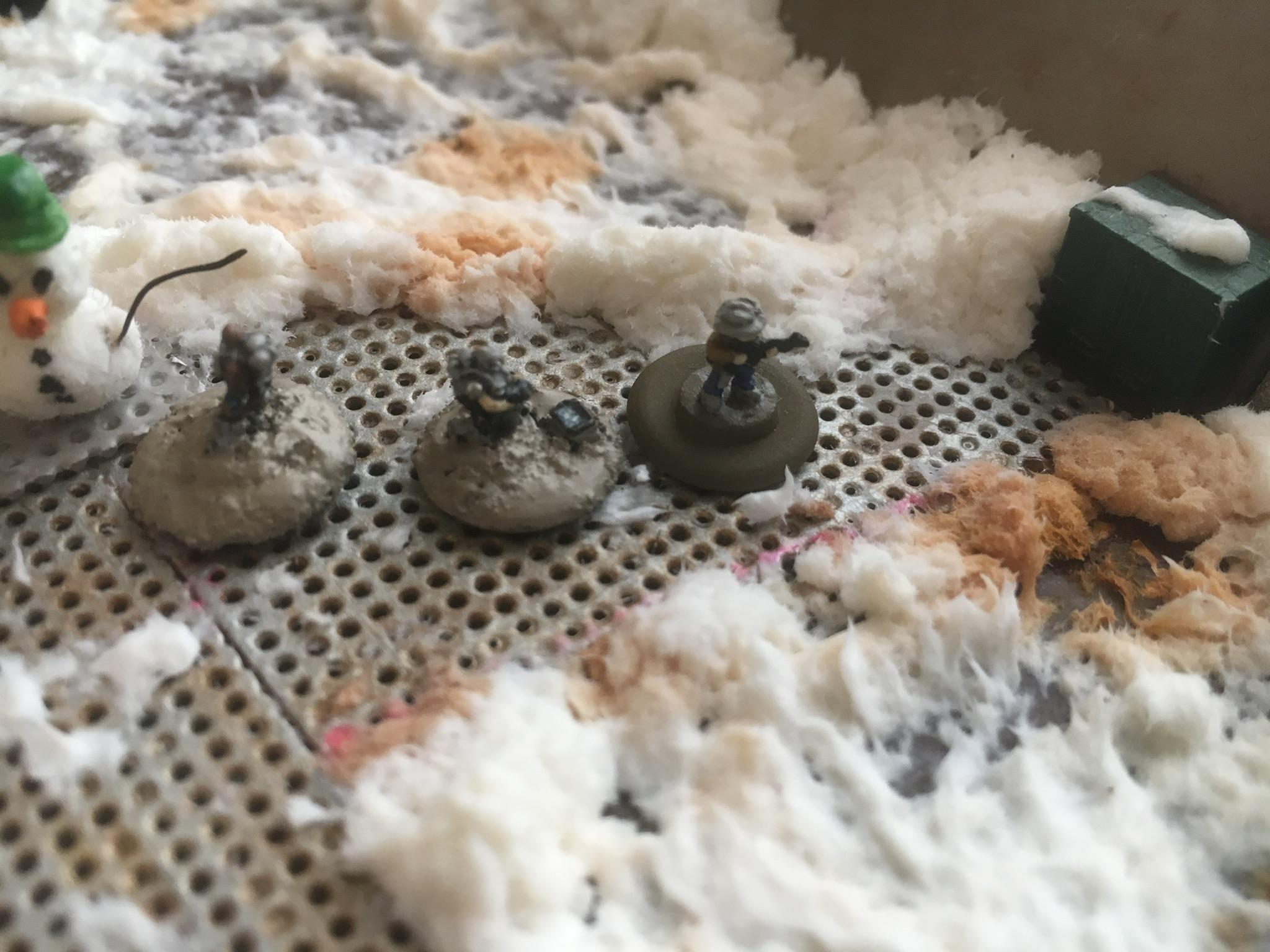 Colin leads McCallum and Woods out of the C&C and into the main storage building. They went inside and Colin started to rub his hands together. 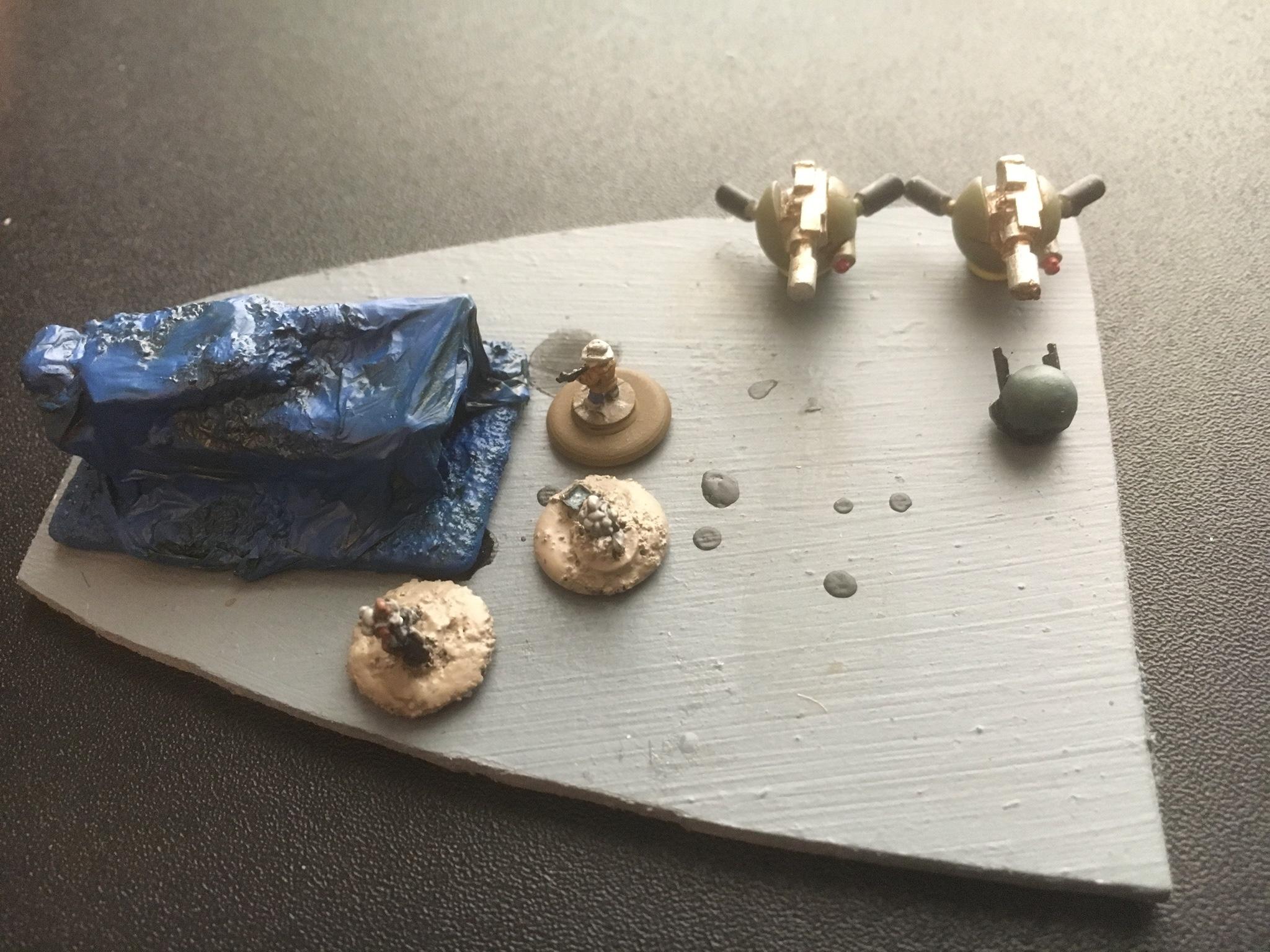 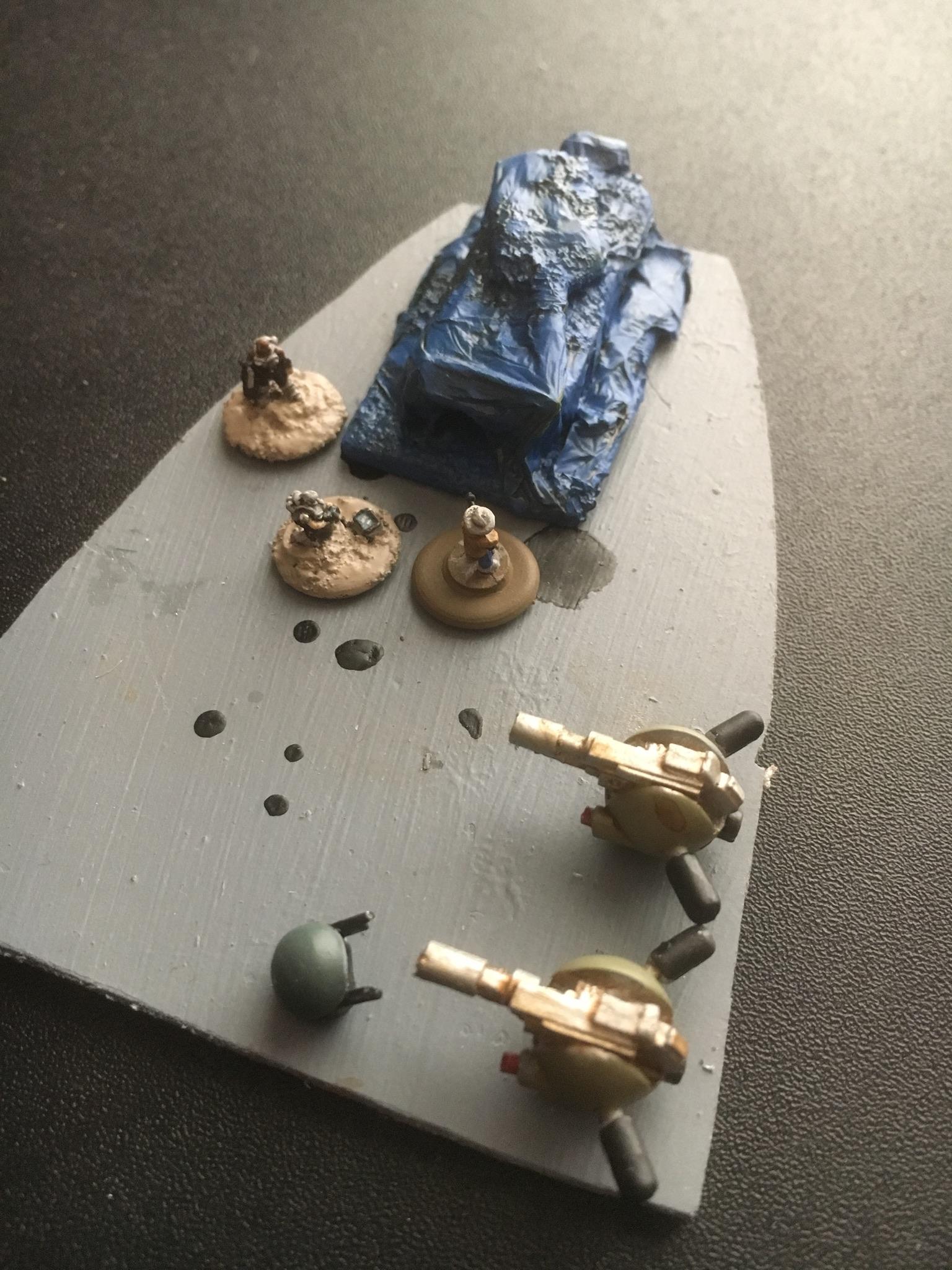 “Right” He says
“What’s under here?” Asks McCallum
Woods started to tug at the tarpaulin. But was stopped by Colin.
“Allow me” He says
He grabs the tarpaulin and pulls like a trickster, yanking away a table cloth to leave all the fine dinnerware in place. 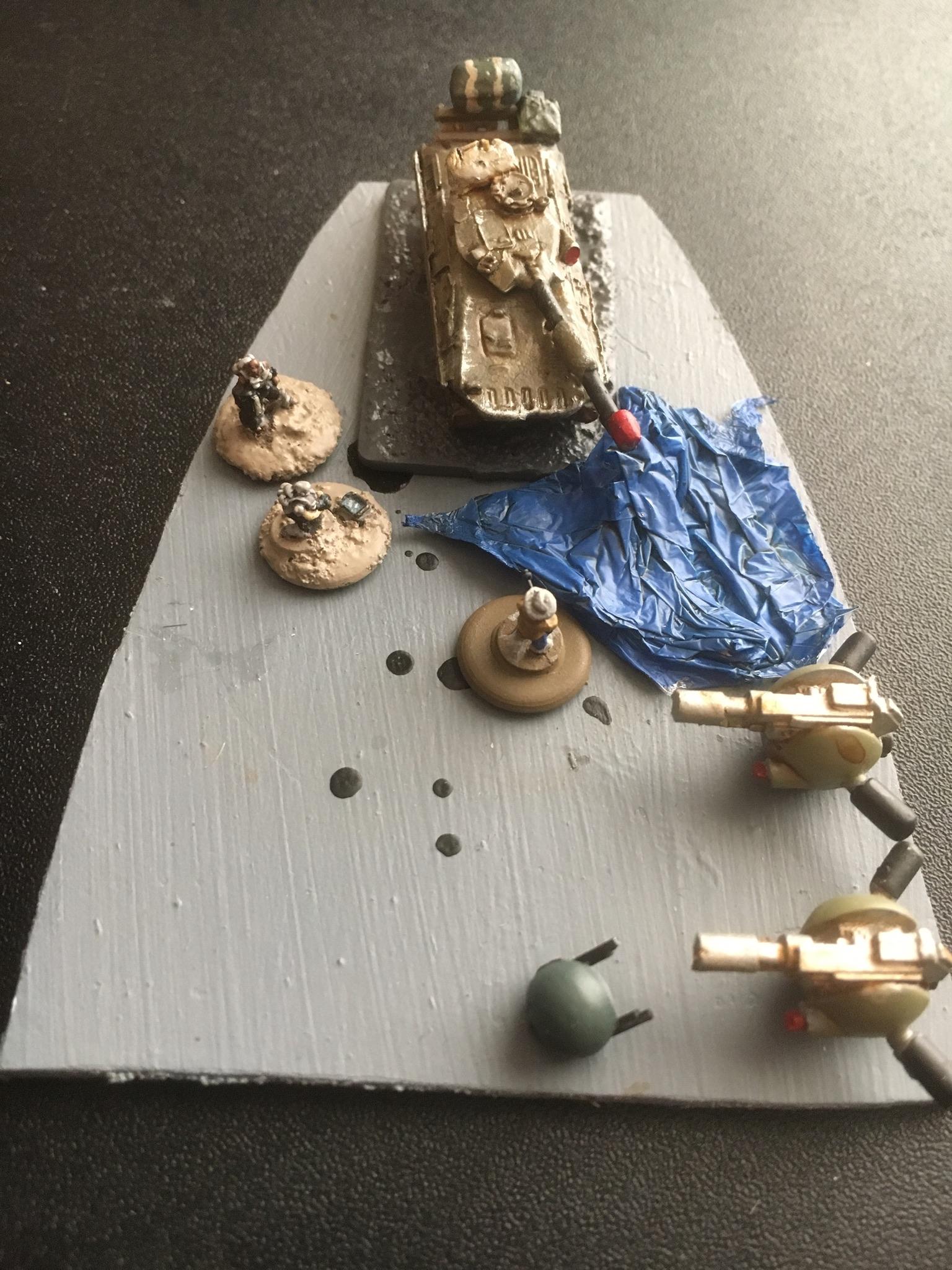 “Let me introduce Tessa!”. He says, smiling
“What a piece of junk” Says Woods
Colin pulls a hurt expression.
“This is a Darkest Star Python. Shes been upgraded with the latest auto loader and air burst ammunition. New retro fitted 115mm gun and upgraded turret to take it all. With the latest targeting software, sure she’s done a few miles, but she can pack a punch.” Says Colin.
“Just need some crew” Says McCallum
“As it happens, me Clyde and Obidiah all trained on Pythons. Don’t I like like a tanky” Says Colin, straightening his cowboy hat.
“Look at this” Shouts Woods. “It’s a Gydran high altitude laser drone. It charges from the sun and then fires a high power laser. The latest in drone firepower”.
“You know your drones, we also have a AB scout drone. Only armed with light MGs but will be fine for a back up”. Says Colin.
“Can you fly these, Woods?” Asks McCallum
“Does a bear crap in the woods?…oh I mean…..errr…yes sir!” Replied Woods. 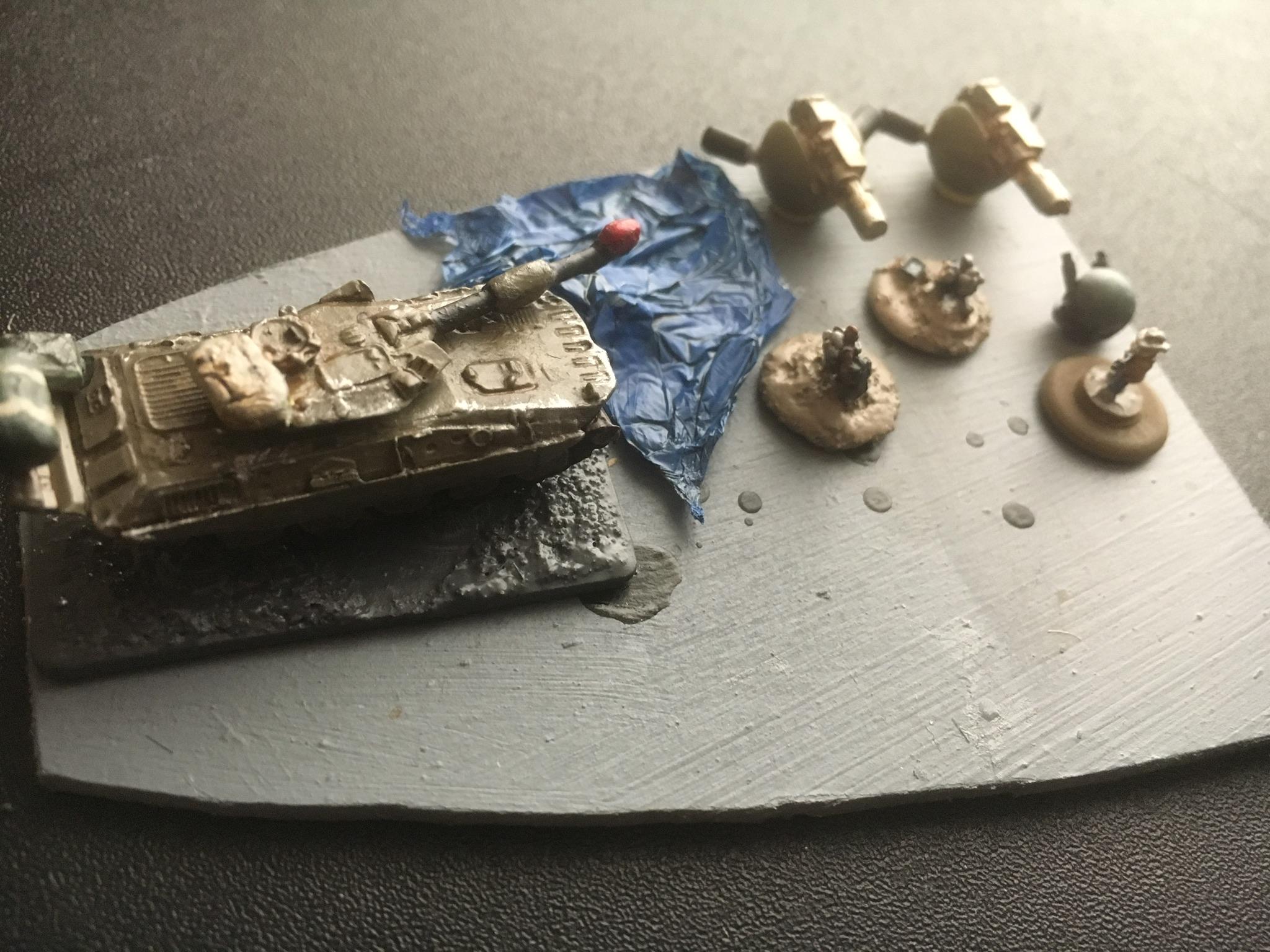 The three men leave the area to return to the C&C. For the first time McCallum felt they might just have a fighting chance. But he knew it will not be easy. He knew they will take casualties. They returned to C&C for the briefing of the finale showdown.

Right peeps, that’s the end of part two. Since there is no more scenery which I have to build the final part will come very soon. I’m writing the final battle scene now. Then all I need to do is set up the miniatures for the pics. Only a few more chapters to go. It’s taken a while I must say, but been fun. Stay tuned….